Getting our Engine Revving 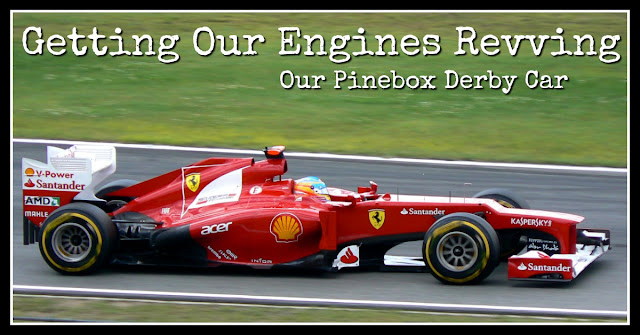 Tomorrow is the big "Grand Prix" for our Awana club.  Ashleigh has been working hard on her car and we finally got it finished and ready to go.  I'll blog tomorrow with photos from the big race but today I thought I would post photos of her car (before it gets scuffed up from the track).

Ash decided she wanted a Snow Leopard themed car and we decided a funny car design would be the best option, so that there would be a long front deck to put an image of her favorite cat on the hood. 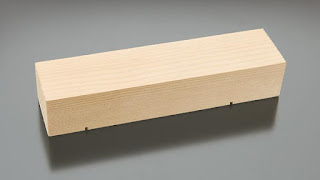 If you're not familiar with the pine box derby, kids start with literally a block of wood. The standard pinewood block is approximately 7 inches long by 1.75 inches wide by 1.25 inches tall.  From this block of wood, kids then design the shape of their car, paint it, add the wheels on axles and hope that their car is the fastest down the track.  Typically, the kids are suppose to do most of this themselves with minimal help from their parents, but because of Ashleigh's age, we admit, Mom and Dad did most of the work while Ashleigh planned how she wanted the car to look.

Ashleigh loves Snow Leopards (which I think she got from me, as they are my favorite animal as well.. lol)  She decided she wanted a Snow Leopard themed car for her pinebox derby car.  We also decided to design the car in the style of a funny car like we've seen at the NHRA races a few times.  Our Awana leader, Jerry, was nice enough to cut our block after we marked how we wanted the car to look and then Dad began painting the block white for our base color.

Together, Ashleigh and I worked on painting windows and spots on the car.  We didn't have black or grey paint, so we improvised with nail polish. LOL 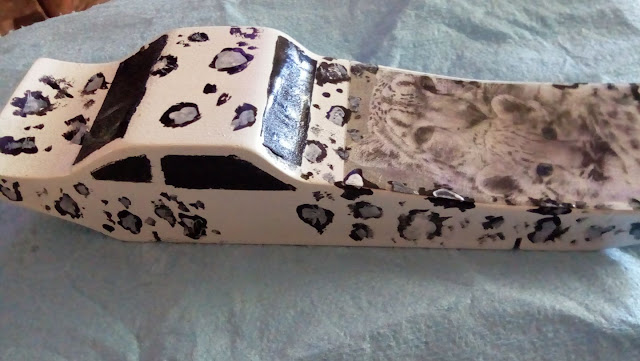 For the image of the Snow Leopards, we used a sheet of transparency film with the image printed by laser printer.

We added a bit more details to the spots and added the her car number to the sides. 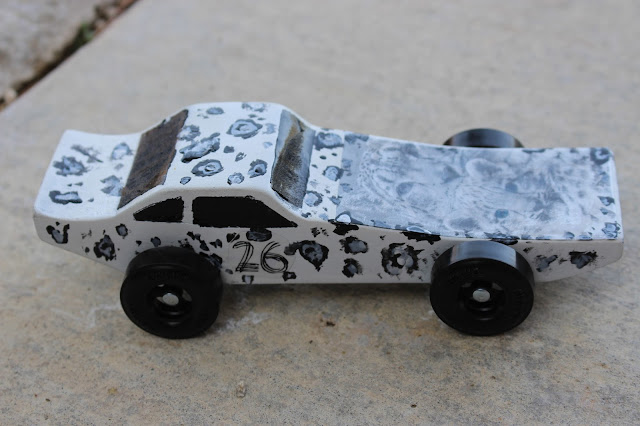 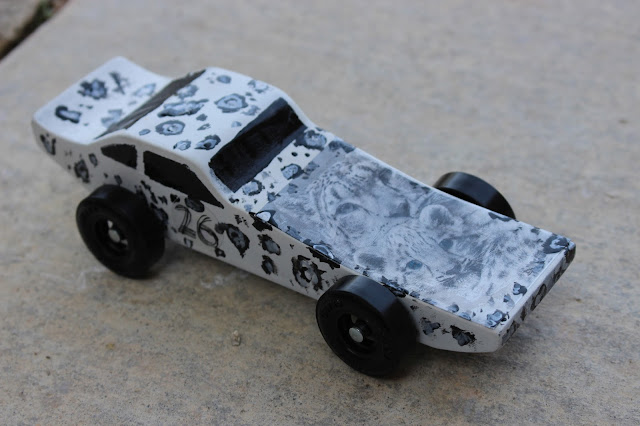 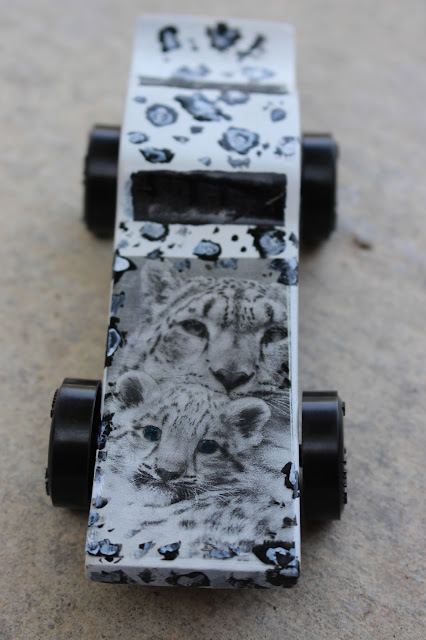 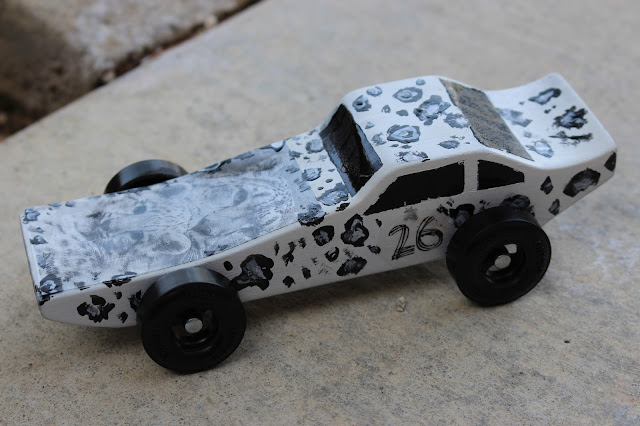 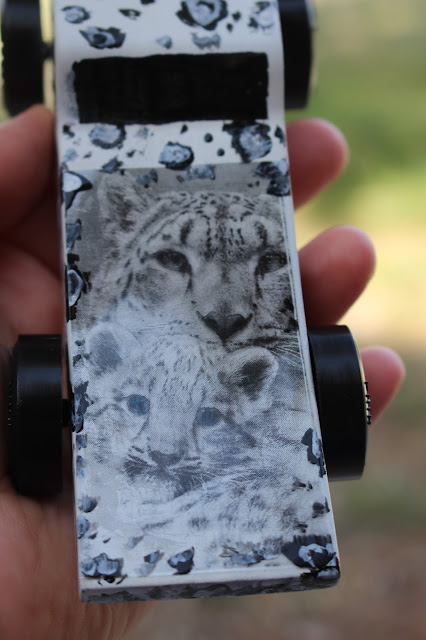 Ashleigh is really happy with the outcome.. Not sure how fast it will go and if we will place at all in the race tomorrow but if she's happy, that's what matters. :)   We'll let everyone know the results tomorrow.
Posted by Brenda Prince at 2:55 PM