When Ewww Becomes Cool!! (Not So Wordless Wednesday) 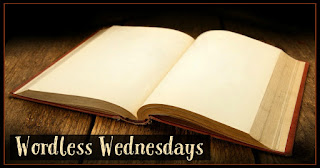 Today, we found out that our poor rats have lice.  Luckily, we caught it early on and are able to treat it without them being in any discomfort and they will be good as new in a few days.  Turns out, it's pretty common for the shredded paper bedding that you can purchase for their cages to be infested with the lice and from now on, we will be freezing their bedding to kill anything in it.

Until we figured out what caused it, we were at a bit of a loss.  We've had our rats for a year and a half now without any issues and were unsure how they could have gotten lice in the first place until we started reading about them on one of our rat forums.  When the kids mentioned that there was something on the rats in the first place, I figured it was just crumbs from their food as they have been eating a few cherries lately.  But, what does a homeschool family do when confronted with the possibility of bugs?? They bring out the microscope.

That's exactly what we did.

After putting Niki on a piece of paper and giving him a nice belly rub over it, we prepared a slide and took a look.. At first, all we found was dandruff but then, we found a few. 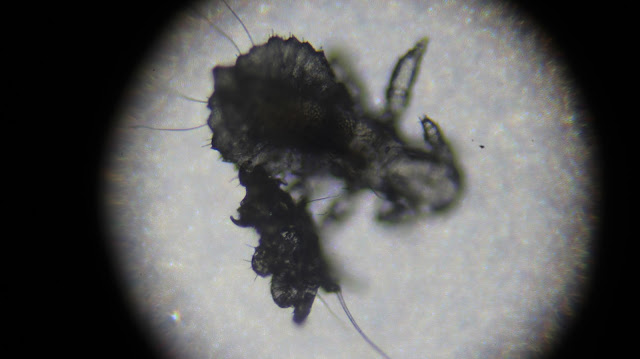 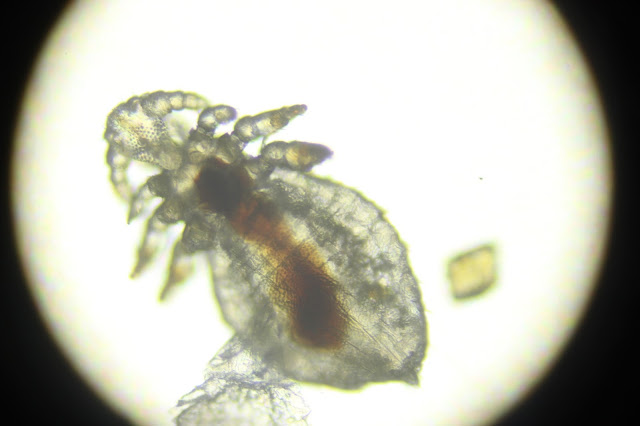 The bedding is now in the freezer and out two little guys will be getting fully treated on Friday (Long enough for the bedding to be in the freeze long enough to kill everything).. Then we'll be treating for the next 8 weeks.. But, it was a really neat thing to be able to take a look under the scope and identify what we were dealing with.

Posted by Brenda Prince at 7:37 PM