Where We You When The World Stopped Turning

Where We You When the World Stopped Turning?

Even 20 years later, thoughts of 9/11 and the lives lost affects me and I spent much of the day in tears or fighting tears.

Anyone of us over a certain age remembers exactly what they were doing after a specific time on 9/11.  That moment when you realized, watching the 2nd plane hit the south tower, that the first plane wasn't an accident but instead that our country and our way of life was under attack.  We remember that exact moment as if it were happening this very moment; we've relived it for 20 years now.

For me, I was sitting at my computer, getting ready for another day of college.  I was in my first year of respiratory school.  My daughter was 2 at the time.   The morning news show was playing in the back ground on the tv and I was paying very little attention to it until they reported breaking news out of NY - a plane had just hit the North Tower of the World Trade center. Nobody knew what was happening at that moment - did the plane malfunction? Did the pilot have an emergency rendering him unable to fly?  Less than 20 minutes later, we knew the truth when the second plane hit the South Tower.  We were under attack. 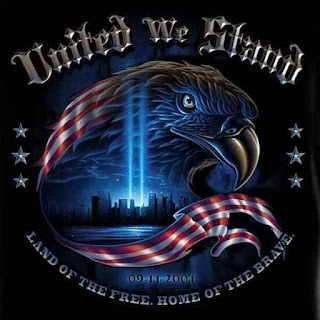 I remember grabbing my daughter, loading her up in our car and heading to my then (now ex) husbands  work. A member of the US Army, he worked at an airport owned and operated by the military.  I knew that I would be able to get answers for what was going on there before I would at home.  After passing through security, we watched in his unit's breakroom as events unfolded.  We watched as people jumped from the buildings, facing their inevitable death on their own terms rather than on those dictated by terrorists.  We watched as the towers collapsed and knew the loss of life was going to be high. 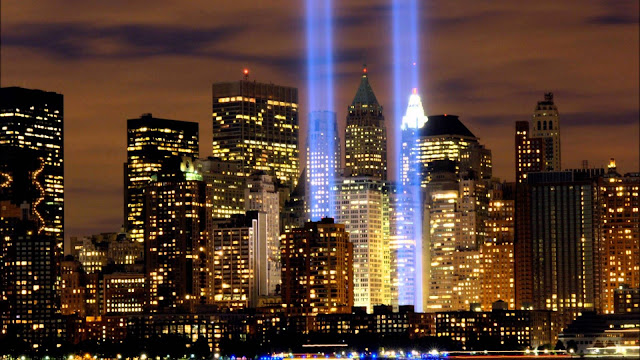 It's 20 years later and that harrowing experience lives with many of us. The loss of life totaled 2,977 people of all walks of life.  It could have been much worse but God's hand was involved in guiding many of those inside to safety.  My daughter is too young to remember that day, was too young when it happened to understand anything about what was happening. She was lucky enough to live in a world of innocence, if only in her mind. To her, 9/11 is an event she learns about in history books or in a documentary. My other two children weren't even alive at the time and they also will never understand the feeling of knowing our way of life was forever altered.  They currently live in a world where we stand divided among ourselves and will never know how it was to unite under President Bush, even if that unity was temporary.  They will not feel the pride in their hearts listening to a video of Bush telling the rescue workers "I can hear you... I can hear you, the rest of the world can hear you and the people who knocked these buildings down will hear all of us soon." People may criticize Bush but he always had the American people in his heart and I cannot imagine any other man in office at the time.

And I know that 20 years from now, the pain will be just as raw as it was then and as it is today. 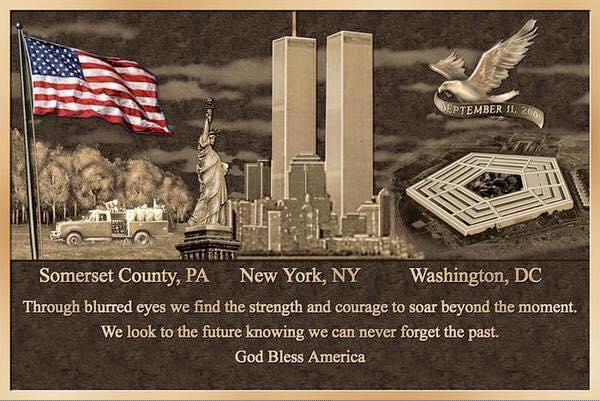 Posted by Brenda Prince at 8:51 AM