Today we continued our study of ocean creatures as well as began our study of world history. While we are using books for both of these studies, I am allowing the children to pick what they want to study.  So they chose to begin by studying whales.  We are using Apologia's Exploring Creation

Zoology 2 : Swimming Creatures of the Fifth Day  for our units on the ocean. We like Apologia's approach to science because their books tend to be more like reading stories without being boring.  Boring is not good in our household.. If it doesn't keep their attention, then we won't accomplish anything that day.  This is the second time we have used Apologia's science books, the first being when we studied Astronomy last year.


Today we began talking about whales. The kids like whales so it was a good platform to begin with for us. We started with discussing the scientific classification of whales and dolphins (cetaceans) and the fact that whales are mammals and breathe air just like humans do. We discussed the two types of whales (toothed vs baleen whales) and compared the baleen to the bristles on a toothbrush. They enjoyed learning about the fact that unlike fish who's tales are vertical and swish side to side, whales flukes are horizontal and swish up and down. This lead to watching a youtube video of Shamu swimming around his tank to demonstrate this movement and then comparing that to watching our fish swimming in their tank. Next we refreshed on the five senses and discussed what senses whales use in order to find food. Lastly, we talked about how whales communicate with each other and watched a video where we could listen to whales singing underwater.

Our "fun" activity to coincide with our discussion was to color a picture of various whales and then draw one of our own. Ashleigh decided to use her leappad to draw hers rather than to draw on the paper which resulted in a picture of a whale eating pizza. Gotta love it.. haha

We also started reading from "The Story of the World - Volume 1" today. Ashleigh tends to enjoy being read to, so this was right up her alley. Even Alyssa participated today. We read together the introduction which discusses what is history and archeology. This book seems like it will be alot of fun for us as again, it reads like a story more than a boring history book. We were to tie in some of our past geography lessons into the story by discussing the Nile River (which we covered back when we discussed Egypt) and learn what Ox were (Ashleigh did not like Ox as she does not like cows either).  It also allowed us to tie in our past lesson of botany by discussing how the wheat would not grow without rainfall because we already learned that plants need sun, nutrients and water in order to grow.  We also got to revisit our lesson regarding the city of Pompey from our volcano unit when we read about the deserted village being covered in dirt, mud and grass and how archeologists discovered and then dug the village back out. We also discussed how archeologists are able to learn about history through written records as well as from artifacts.  We watched a few videos on archeology but honestly, the kids weren't too excited about these and paid little attention.


To end this history lesson, we decided to make our own "artifacts". Out came the clay and together we made a small plate, a mug, a toy tadpole (Ashleigh did not want to 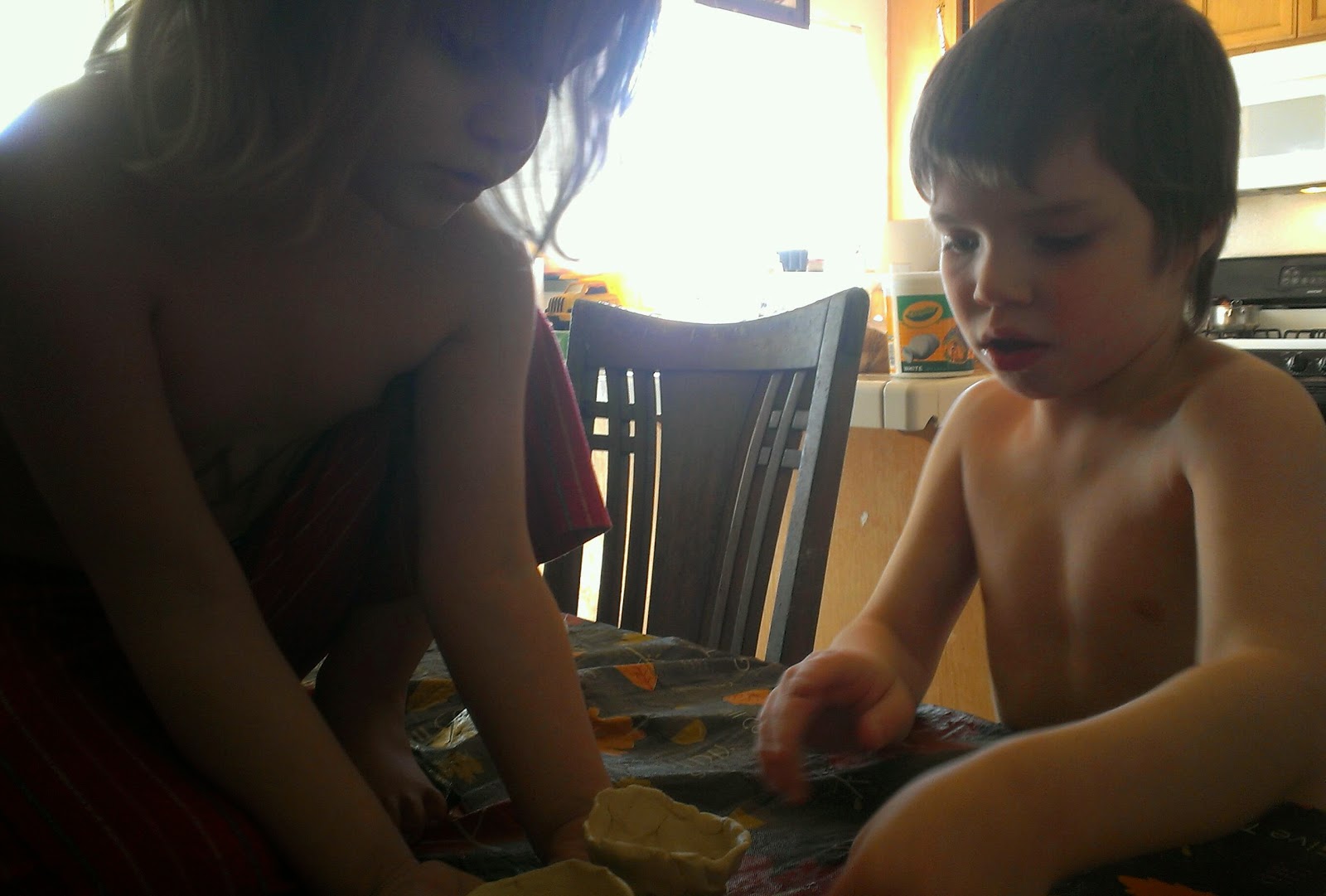 make a toy ox and decided on a tadpole instead) and a coiled piece of rope. These items are now drying so we can paint them in a day or so.

Overall today was a successful day..  Ashleigh is currently in a state where she doesn't want to sit still and pay attention to much of anything or will just be an overall chatterbox when it comes time to have a discussion.  We did have one slight meltdown during our discussion on archeologists because she honestly didn't care about it much at all so I don't know
how much of that she will actually retain this time around but she seemed to get everything else so I don't really mind if my kindergartener doesn't care about archeologists.. LOL   During our review, she remembered everything regarding the whales that we learned although she did want 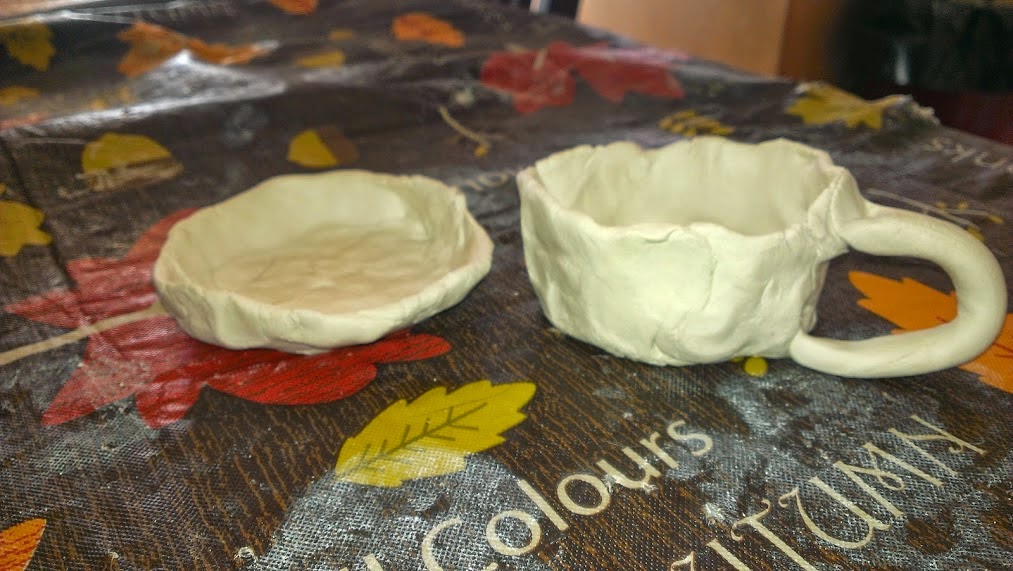 OOOH, I almost forgot.. The kids were really exited today. Their bedroom window has a up 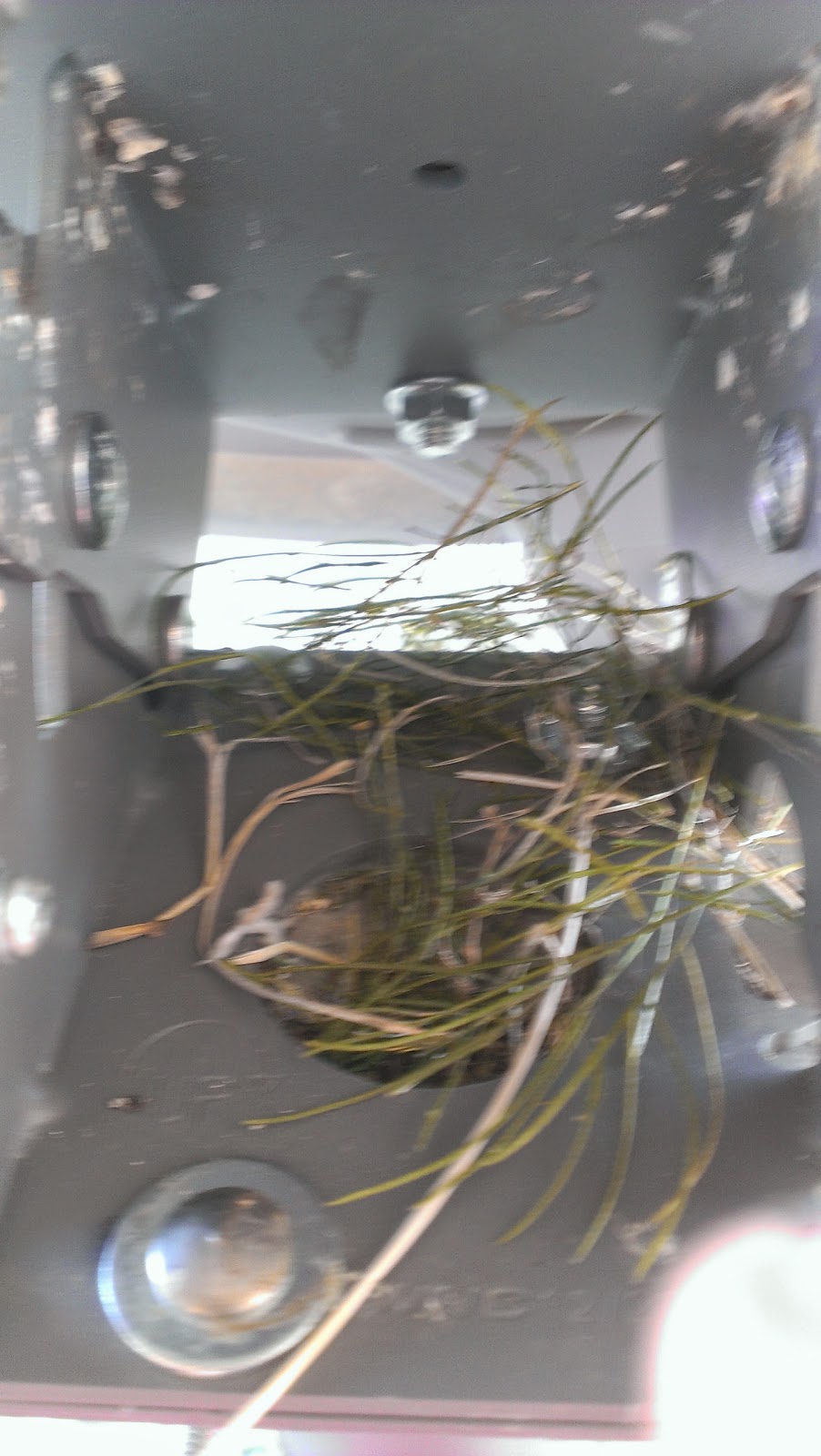 close and personal view to the back of our Directv satellite dish. Now, normally, this would not be very exiting.  But, every summer we have a pair of house finches who build a nest in the bracket of the dish and choose to raise their family there.. This puts the nest literally about 10 inches from the kids window. It seems our finches have returned as the kids were excited and telling us that the birds were building a nest. My husband went out to check and sure enough, the old nest from last year had been removed and they had begun placing the start of a new nest in its place. So hopefully, we will have a new clutch of eggs to observe and document.  This was a really fun activity for the kids last year as we took daily photos of the babies, observed both mom and dad caring for the young, and were lucky to watch (from the window) as the babies took their first flight and left the nest. For now, the nest is nothing to write home about but we have already begun our photo diary and since the kids are older this year, we will probably use this as an opportunity to discuss physiology and anatomy of a bird.