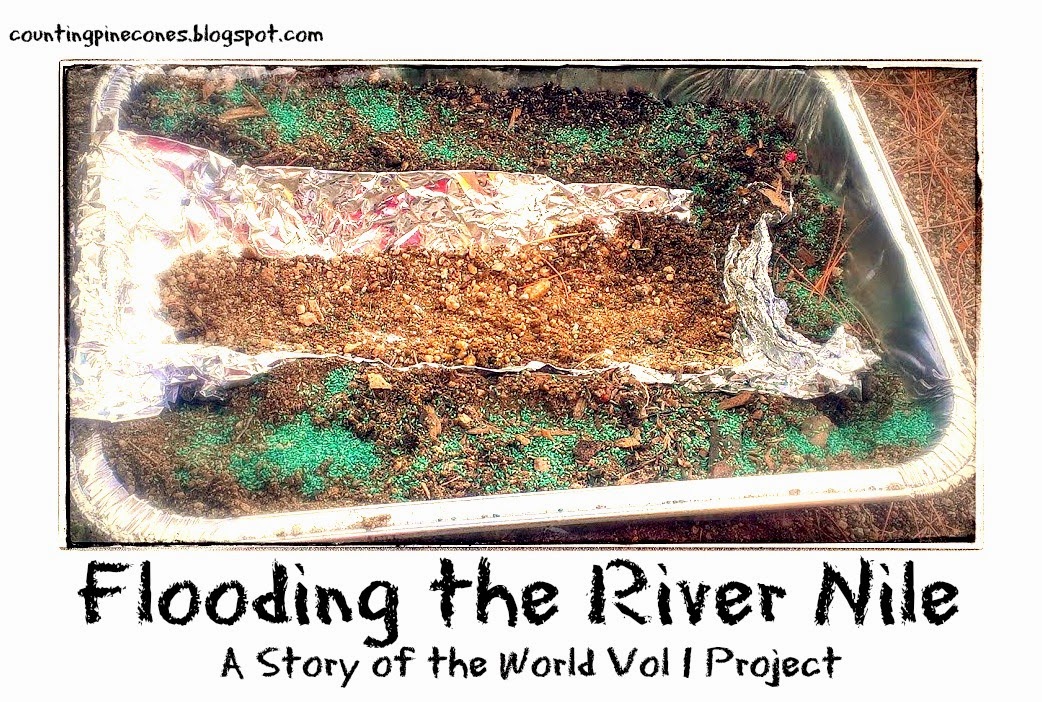 I forgot to blog the last two days (Friday and Monday) but honestly, not much to really talk about there. Friday we had reviews of the work we did during the week and then had a test over our Science chapter. Both kids scored perfect on their test but we had some tears as separating them proved to be a challenge. Ashleigh could not understand why I brought Garrett into the room alone and was upset over being left behind. After soothing her hurt feelings, she was able to test and did really well. I felt Ashleigh did better than Garrett as Garrett needed alot of coaching to understand what I was asking, as his attention was on everything but the paper in front of him.. Typical Garrett. We ended the day watching the TV series "Walking with the Caveman" and seeing how man evolved over years.

Today we continued working on Chapter 1 in our math books. The kids are getting use to reading the

Our fun activity today went along with our history lesson. We began our (re)discussion of Ancient Egypt and the River Nile. Today we made a model of the Nile using a small disposable roasting pan, some aluminum foil, dirt that we had in the flower bed in front of the house and some bermuda grass seeds that we had in the closet. After filling the pan with dirt, we dug out a trench to represent our river (although, our "delta" didn't quite turn out the way we had wanted), lined it with aluminum foil and then sprinkled the grass seeds over the "banks".. The kids then took turns "flooding" the river. The river is now outside on our patio table. Each day this week we will flood the river and hopefully get the grass to grow. Tomorrow I will probably have the kids build clay huts or maybe pyramids to set along the banks to represent Egypt more in their minds.

Posted by Brenda Prince at 4:38 PM