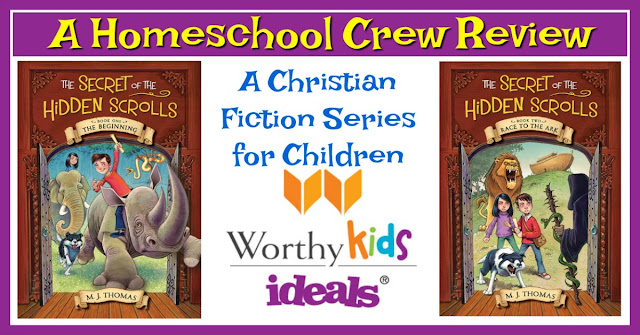 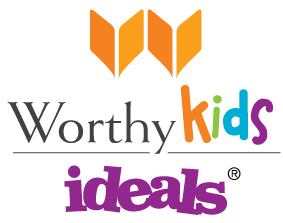 The Secret of the Hidden Scrolls is a series of children's books written by author M.J. Thomas who came up with the idea to write them after his lack of finding books to read to his young son that would teach the Bible in a fun but imaginative way. Having graduated with Bachelors degree in Biblical Science from Liberty University, he set out to write a series of children's books that withheld to Biblical accuracy in combination with characters and adventures that would capture the imagination of young readers.

The end result is a series of time traveling adventures that follow the story of Peter, his sister Mary and his dog Hank as they unlock the mystery hidden inside a collection of scrolls discovered by their archeologist Great Uncle, Solomon.  Each scroll transports the trio to a significant event in the Bible where they have seven days to decipher the message in each scroll.

Each paperback chapter book is relatively short at roughly 100 pages with cute black line illustrations. and are geared at readers aged 6-8 years old.  In addition to helping readers learn about popular Bible stories, these books also cover topics children can relate to such as sibling rivalry.

The Secret of the Hidden Scrolls: The Beginning 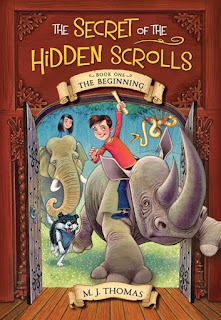 Readers are introduced to 9-year-old Peter, his dog Hank who is the "World's Smartest Dog", and his older sister, Mary, who was adopted from China. When their parents head off to Africa on a month-long trip, the kids (and Hank) must stay with their Grandmother's brother, the very old, Einstein resembling Great-Uncle Solomon who tells the children about finding a glowing clay pot in a cave. The pot contained several ancient scrolls, each sealed with a wax seal that can only be broken by those chosen.  That night, the children are awakened by the sound of a lion that leads them to the scrolls where they discover that Peter can break the seal when they are transported to the beginning of creation, the creation of man,  the naming of the animals and the creation of woman.  But when a playful monkey takes off with the scroll, the kids come face to face with a snake in the garden  With the help of the Archangel Michael, the children must solve the mystery of the scroll in order to return home.

The Secret of the Hidden Scrolls: Race to the Ark 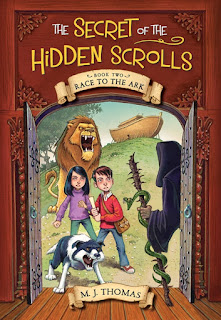 When the children hear the roar of the Lion again, they know it's as the children must once again solve the mystery of the scroll.  Evil vs Good, the children witness the wickedness of the world that leads to God's wrath while meeting Noah and his family, the single righteous family left on earth as they help in the loading of the animals on the ark. But when a hinge is needed on the ark, the children are confronted by The Dark Ruler (Satan) who has taken the scroll.  With the help of Michael (and a Lion), the kids are able to retrieve the scroll, but not in time to get safely back onto the ark. Will they solve the mystery of the scroll in time to return home before they drown in the flood?
time for another adventure on a damp, rainy day. They are transported to another rainy day in Biblical history, the Great Flood

Children's Biblical fiction is always a gamble.  Sometimes, the stories are not Biblically sound and stray from Biblical truths, weaving the authors personal beliefs into the story.  I was very glad to see that while some liberties were taken to create a fictional story that children could relate to, the general truths of the Bible were well represented. Most children can listen to a Bible story and they picture the event in their mind with their own creative embellishments.  These books are much the same, taking a familiar story and presenting it in such a way that children can both imagine it and relate to the children in the story.  There are some points that some might take offense to and feel as if the Biblical truths were altered - for example, during the story of the Creation, the Bible says that God saw that his creations were good.  However, in the story, this is actually verbalized with God speaking the words "It is good".  I personally have no problem with this alteration, as it's a bit difficult for a child to visual God actually thinking something is good versus God actually saying it.  Yes, it's a liberty that alters the story, but it does not deter away from the general facts of the story. 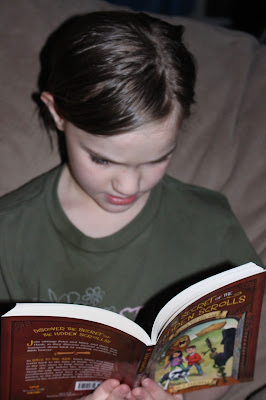 For us, we found these books to be an enjoyable read aloud. However, Ashleigh did not want to wait for us to finish the books as a group and took it upon herself to read the second book, Race To The Ark, on her own.  This speaks volumes to me in regards to the draw of the books, as Ashleigh rarely puts her Kindle down from watching unwrapping videos to actually pick up a book.  The writing is on par for her reading level and she was able to finish the book within two days independently.

Personally, I really liked these books. I thought the story was very cute. My teenager even joined us at reading time to listen to the story as she thought they were really cute as well.  I also liked that the relationship between the brother and the sister are not perfect - Peter often feels jealousy and insecurities in regards to his sister, not in a bratty way but in a way that most children with siblings often feel.  I also liked how these are children who do not seem to have previous knowledge of the Bible stories they are experiencing and are learning as they work to discover the mystery of the scrolls.

I would highly recommend these books as an addition to any library for younger readers and I am sure that they would be as enjoyed by your family as they were mine. 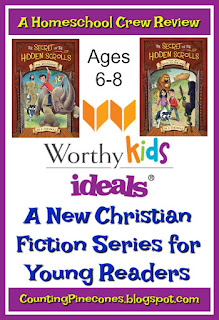 For more information about The Secret of the Hidden Scrolls, be sure to visit their website.  You can also learn more at the following social media platforms: