It's been a sad week in our household this week, as last Sunday we lost our sweet lil buddy, Nicodemus.

A little over 2 years, Ashleigh started asking for a pet of her own.  Dad had a cat, Mom had a cat, Alyssa had a cat.  She wanted her own cat.  Well, unfortunately, we were at our pet limit so another cat was out of the question, but I talked her dad into getting her a pet rat.  Charles wasn't too thrilled at the idea - he had in the past owned a hampster who gave him plenty of bites, so he wasn't too keen on the idea of a rodent.  I assured him rats were different.  So on January 1st, 2016, we headed to a pet store in a not so nice part of town and Ashleigh was given the opportunity to pick out rat.  She decided that she wanted a boy rat so when they brought out the tank of male rats, she picked out this small ball of black and white fur. 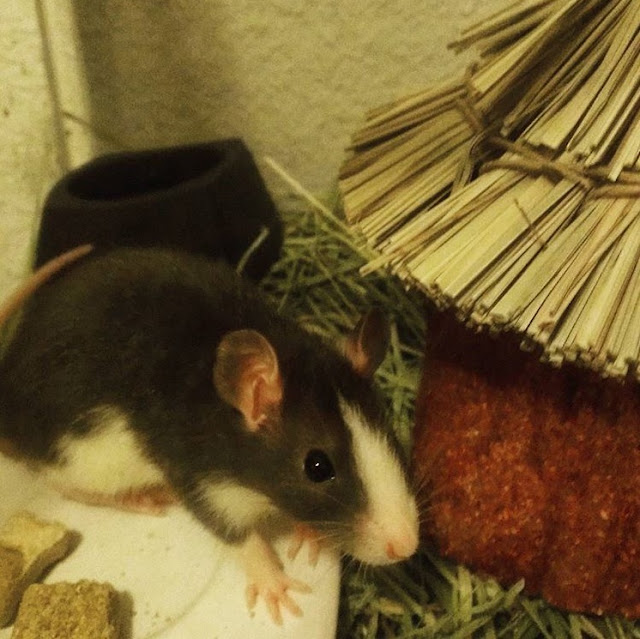 Ash and Garrett had been watching The Secret of NIMH almost constantly at that time, so it only seemed fitting he would be given the name Nicodemus.  But we all called him Nicky for short.  Everyone fell in love with this lil guy, even Charles, while it did take a couple of weeks til he trusted that Nicky wasn't going to bite him. 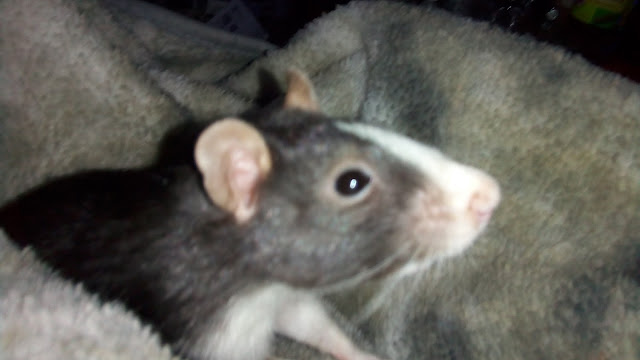 And that trust was well placed.  Nicky never bit anyone.  If anything, he was a licker.  Nicky loved to give kisses to everyone.  A week after we got Nicky, we got him a buddy - another rat which was named Yuki.  We had read that rats did better if they had a buddy to bond with.  Although, honestly, it would have probably been okay if we hadn't gotten him a buddy, as it was very rare that someone wasn't giving him attention or a treat.

I had a very special bond with Nicky.  I could call his name and he would run out of his hammock waiting for me to open the cage and he would crawl into my hand. He enjoyed hiding under my keyboard of my laptop and playing "Peek a boo" or crawling up on my chest to give me kisses.  He was an absolute sweetheart. 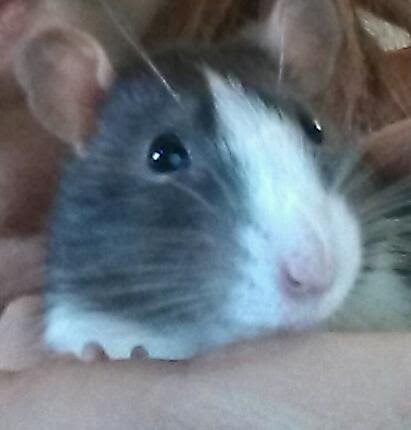 Ashleigh loved her rat.  I will be honest, I thought that her interaction with the rats would be temporary, that once the newness of a new pet wore off, that she would move on to other things (which is why I got him a buddy). That wasn't the case.  Every day, she fed them (Garrett gave them water) and she gave them constant attention (to the point I got somewhat annoyed because she took Nicky away from me ever time I was holding him)..  There's no doubt in my mind she loves her rats. 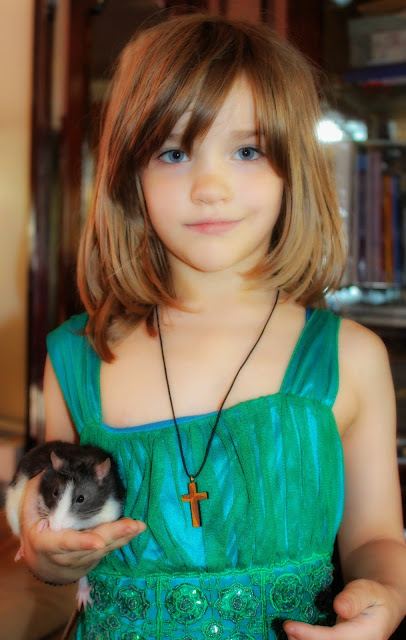 But, time has a way of creeping up on you, rats included.  As New Years 2018 drew closer, we knew that our time with our beloved Nicky was limited.  When New Years came and Nicky celebrated his 2nd "gotcha day" with us, it was bittersweet as we knew 2 years was a good life for a pet rat.   So we appreciate each day we had with him.

I began noticing her was starting to slow down significantly a few weeks ago.  He slept alot!!  I would get him out to hold him and he would just curl up on my arm and fall asleep. 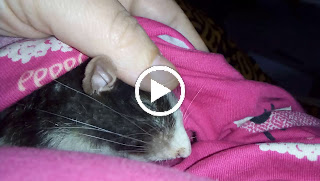 We also noticed he was getting thinner.  While he ate everything offered, he just couldn't hold on to his weight.   We knew the inevitable was right around the corner.

This meant we spent even more time allowing him to cuddle up with us and sleep.  And we also worked to prepare Ashleigh for what we knew we couldn't avoid.

Nicky passed away during the early morning hours of Sunday, April 23rd. Unfortunately, Ashleigh was the one who found him.  We buried him in our flower garden and planted some wildflower seeds on his grave, along with a Marker.   And today, wouldn't you know it, Ashleigh and I went out and found that the seeds sprouted.

Nicky will forever be missed, but we have some wonderful memories of our little guy.  Unfortunately, Yuki isn't much younger than Nicky and we know that we're on borrowed time with him as well so we will enjoy what time we have left with him while we can.
Posted by Brenda Prince at 9:06 PM