Last Saturday, I ran my first 5K.  After losing over 40lbs and working out for the last year, I felt it was time to try my hand at the race.    I had registered for this race back in Feb, and shortly after, we found out my husband was going to be at NCOA for 5 weeks and would not be there to run with me.. I almost backed out, but I decided to run anyway.

For those who don't know, a 5K is a race that is 3.1 miles in length.  It use to take my over a half hour just to walk 1 mile, and here I was about to try to do over three miles.

For my first race, I picked the Run With History 5K that was held here on base.  This particular race allows runners to run on the flight line as well as the dry lake bed, areas that are normally off limits.  While I only ran the 5K, there was also a 10K as well as a half marathon being ran this morning.

These races are all Out and Back races - the Start line is the finish line as well. For me, I would run a bit over a mile and a half, turn around and run back to where I started. 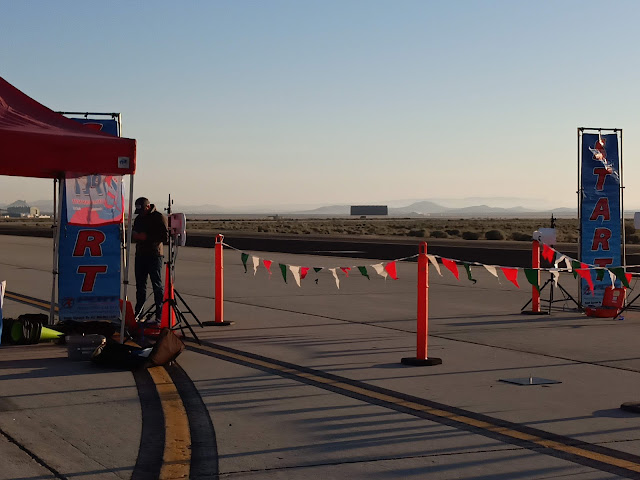 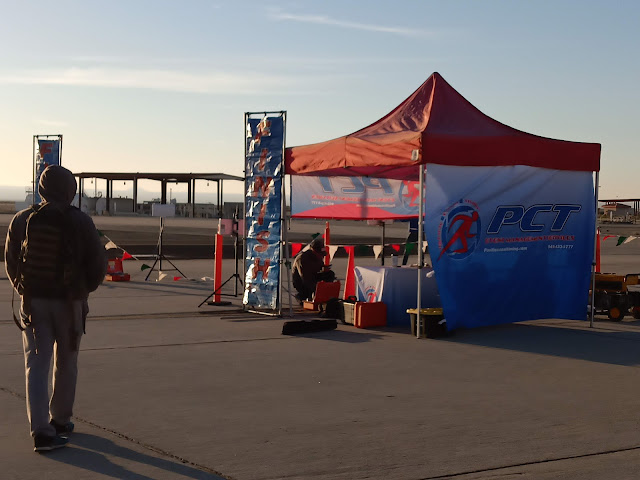 The air traffic control tower in the background.  Yes, we were on the actual tarmac for the flight line. 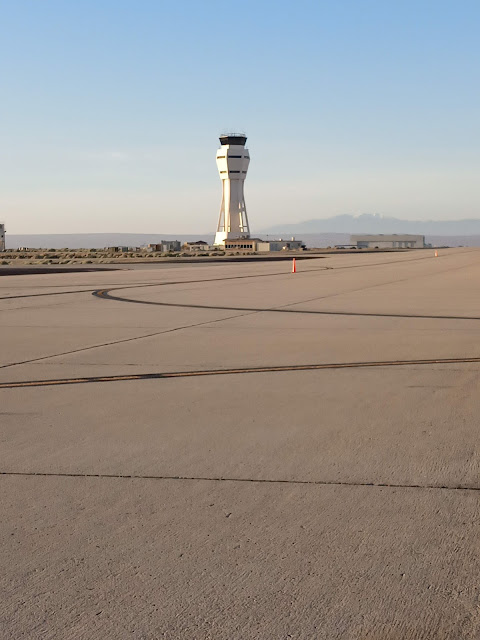 And we're off.   We were the last group to begin our race, as the Half Marathon and the 10K runners were all sent off before us.  We started our race at exactly 10 minutes into the clock. 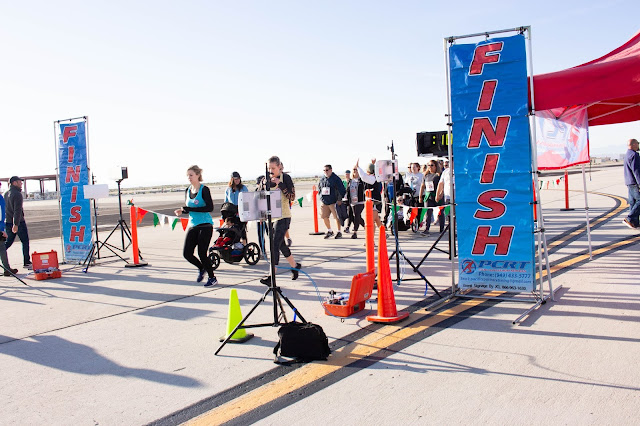 Blue skies surprisingly, as it had been rainy and very windy for the last two weeks leading up to the race and it got rainy and windy later the afternoon following the race.   God gave us some beautiful weather just for the event. 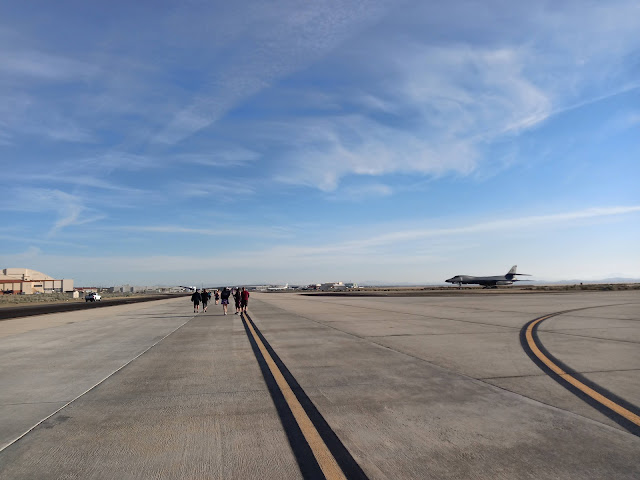 The Run With History aspect of this race is that the runners are able to run past various military aircraft, both past and present, as well as on the very flight line that great names like Neil Armstrong, Alan Sheppard, and Chuck Yeager have taken off and landed on. 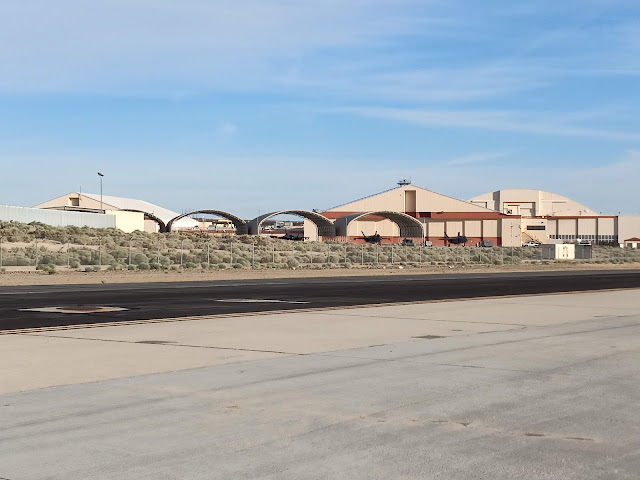 And here ya go, my moment of glory as I was heading in to the finish line :)   Not the best video, as my daughter was video taping and I had run over to slap hands with my kids as I came across the finish line. 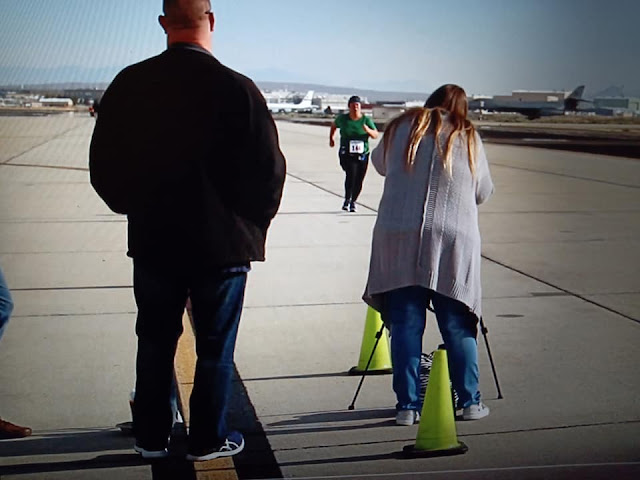 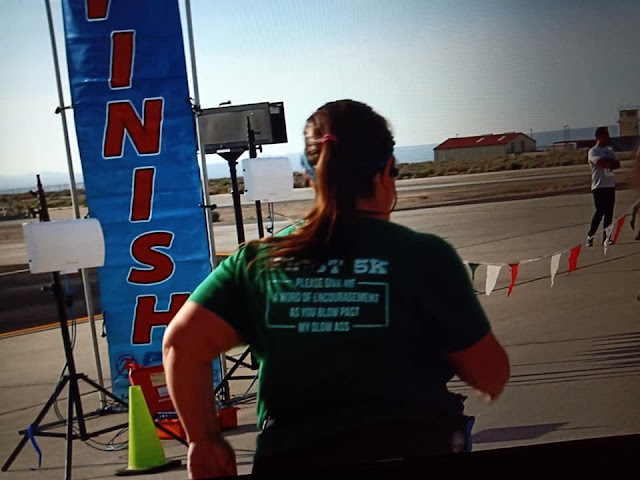 Post Race, wearing my tshirt and holding my participant coin (instead of a metal).  Very hot and sweaty. 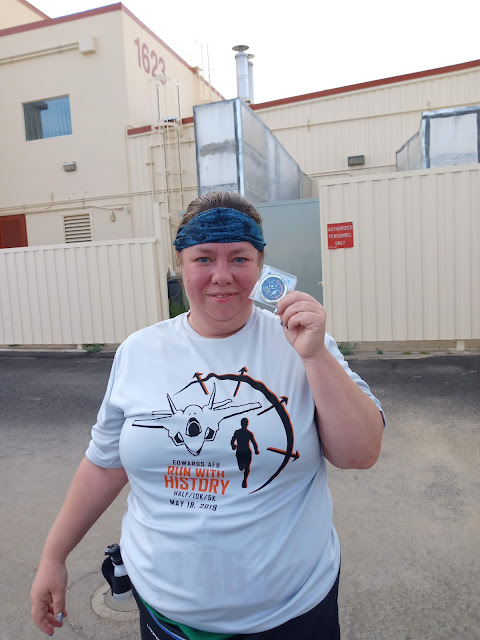 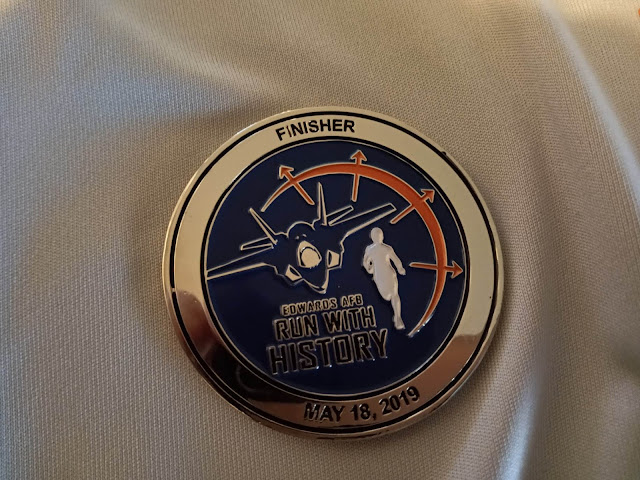 I went into this race hoping to Walk/Jog the entire 5k and finish in under 52 minutes.  I admit, I was slightly disappointed when I crossed the finish line and the timer read 55:17.  I totally forgot to remember that the 5K started 10 minutes after the clock started.   When I typed in my bib number and saw 45:17, I was completely in shock.   My fastest pace prior to this race was a 17 minute mile, so a sub 15 minute pace really thrilled me.. And I'll be honest, if I hadn't had to stop to start my fitbit (i forgot to set it for my run til a half mile in) and slow down to restart my phone, I could have easily had a sub 13 minute mile.. LOL 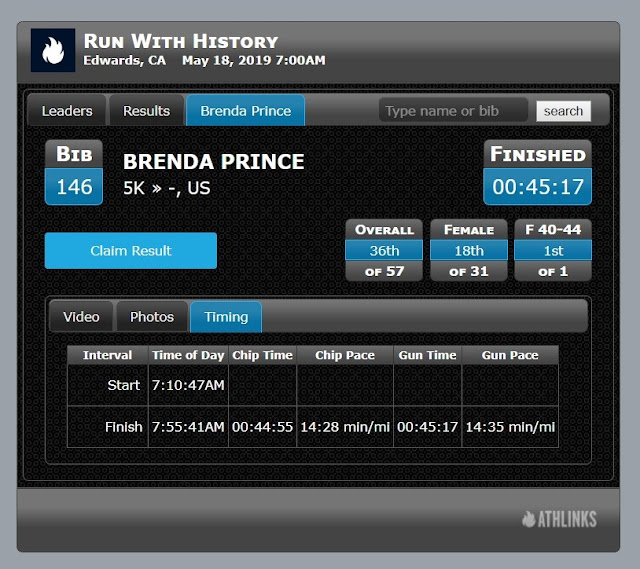 And to celebrate, the kids and I went to a local Mexican restaurant and had a nice dinner. 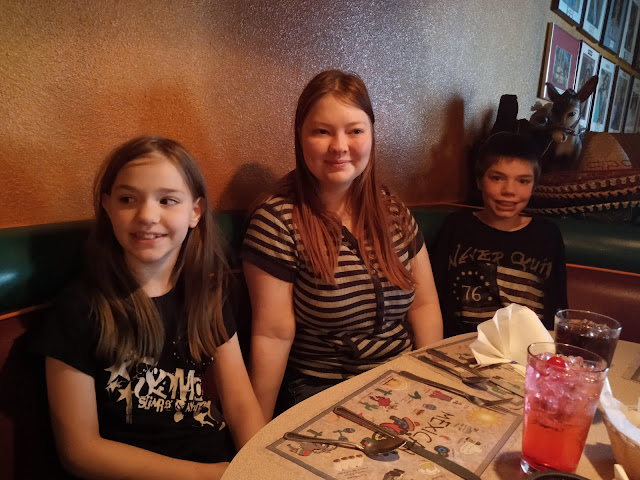 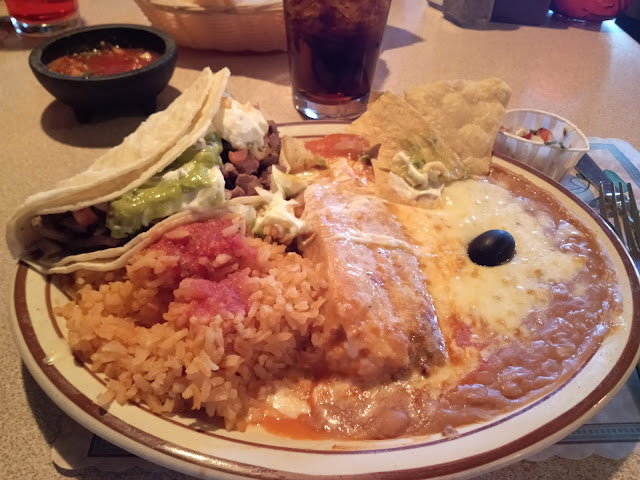 Posted by Brenda Prince at 8:57 PM