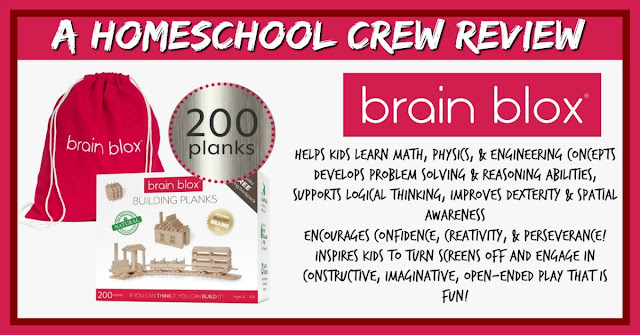 Building toys are always a huge draw for Garrett, so he was pretty excited when he was given the opportunity to review  Brain Blox Wooden Building Planks , another product from Brain Blox, the same company responsible for Fun Family Chess.

Garrett loves anything that he can build with so this particular review was right up his alley.   Brain Blox Building Planks is a set of 1 inch wide, 4 ¾ in long and ¼ inch thick rectangular pieces of wood that are super easy to create and build structures with.  Each plank is made from Earth friendly New Zealand pine wood, a renewable resource.  The planks are sanded smooth to eliminate splinters and burrs.  The set that we were given for review contained 200 wood planks as well as a bright red canvas drawstring style backpack to keep all the planks together when not being used.  (Sets with 100 planks and 300 planks are also available for purchase). 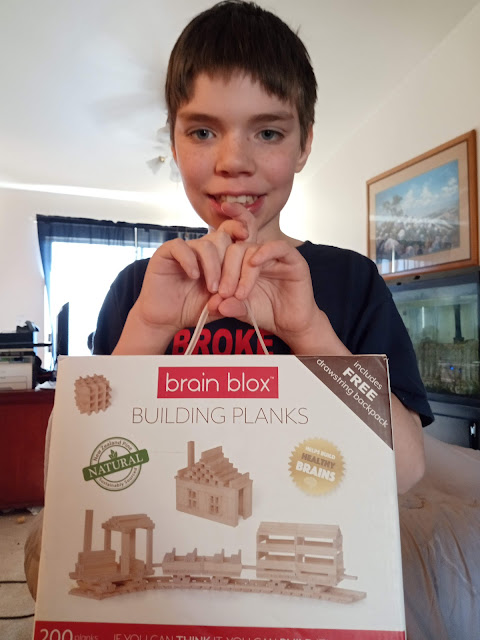 Unlike other building block sets, Brain Blox planks do not use magnets or locking systems to hold the planks together, so the user has to use their imagination as well as problem solving in order to build their creations.  Without realizing it, they are using math, physics and engineering concepts in order to use the blocks to create structures that stay together and are able to bare weight. 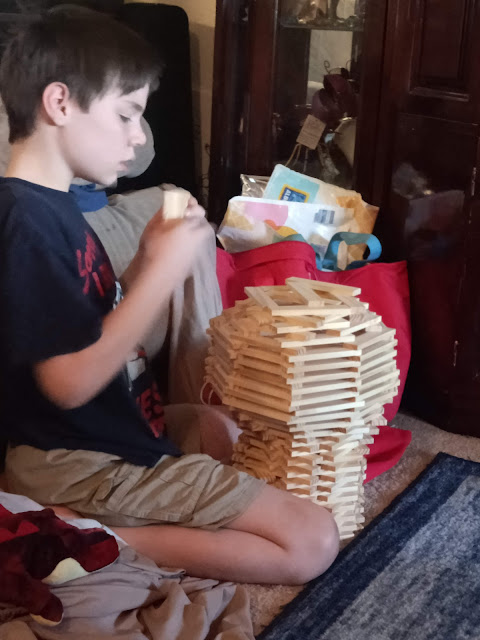 The first thing Garrett decided to make with his blocks was a tower that he originally saw in the idea booklet that came with the building planks.  I'm not entirely sure what it was suppose to be, but he told me it reminded him of the Flight Tower here on base, so he wanted to created it. 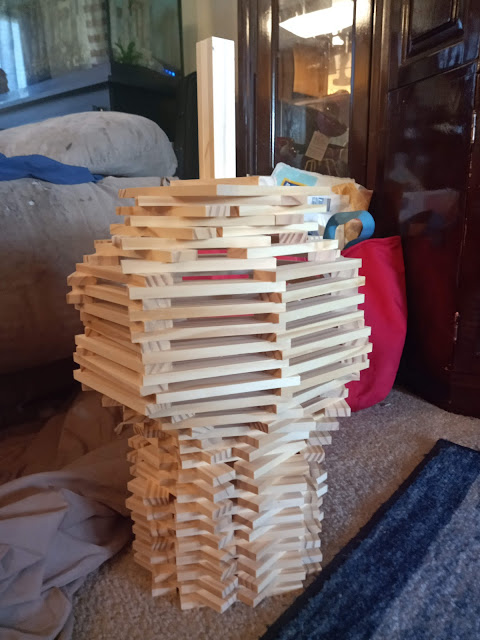 It didn't take him very long to create, probably about 10 minutes and he was pretty happy with himself once he completed it.  I didn't know that the original design idea came from the idea booklet, so I instantly saw the flight tower when it was completed.   It wasn't until I was looking at the booklet that I saw he got the original idea from there.  LOL


Next, he decided that he wanted to build the original World Trade towers.  He ended up making one and had begun the second one when our dog knocked it down with his tail.  Luckily, I decided to take a picture when he was finished with the first tower instead of waiting for the entire project. 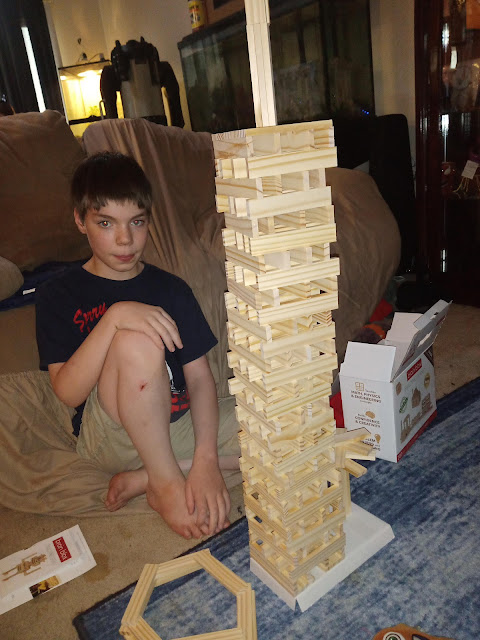 Another idea he found in the idea book was for the Parthenon.  He is studying the Parthenon with his architecture course this year so it was really neat for him to work on this one.  This one did not take him long to build either. 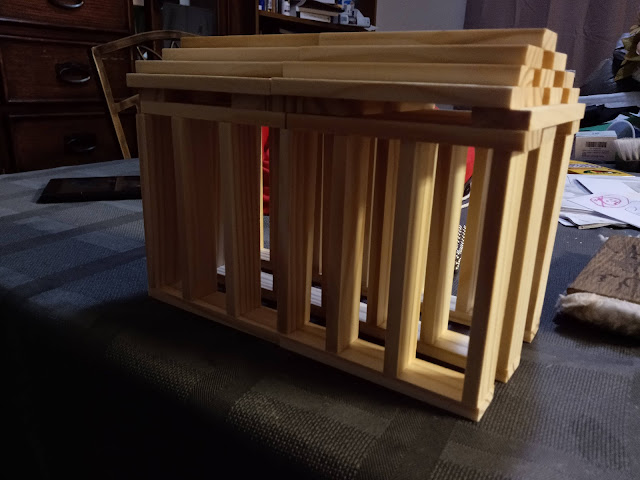 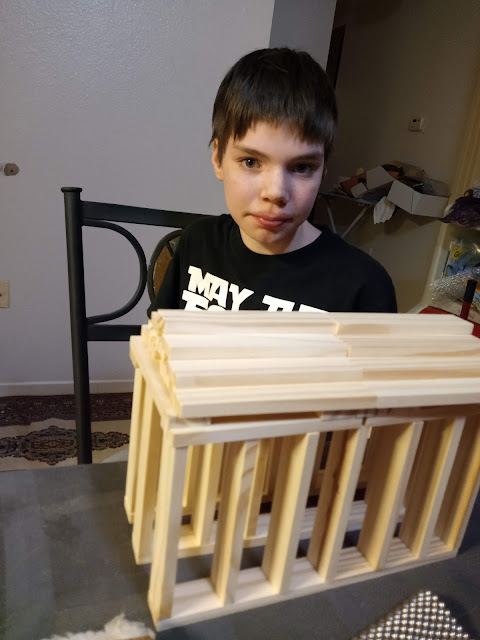 These building planks have been a huge hit with Garrett and they are something that he can keep on hand to play with when he needs "busy" activities to focus on.  I am trying to figure out ways to incorporate their use in our homeschool assignments, such as with STEM activities as well as his architecture lessons. 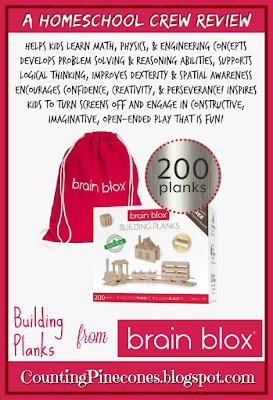 For more information about Brain Blox Wooden Building Planks ,be sure to visit their website. You can also find Brian Blox on the following social media sites:

Be sure to click the banner below to read reviews from other Crew members and see how they used Brain Blox Building Planks with their families. Posted by Brenda Prince at 2:38 PM