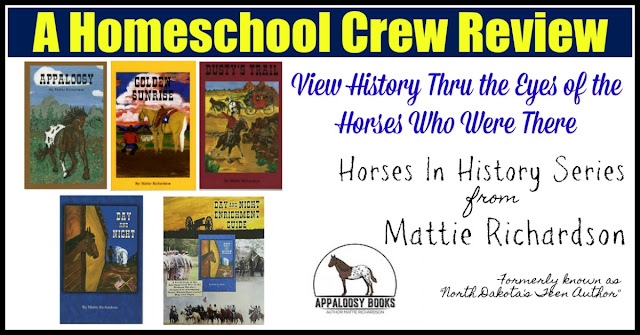 For the last month, members of the Crew have been sharing the four books from the Mattie Richardson's Horses in History Series with their families.  Written and published by Author Mattie Richardson/Appaloosy Books, these books immerse readers in American history through the eyes of the horses who lived through it.

For this review, we were given the four physical books of the Horses in History series as well as a digital download of the Day and Night Enrichment Guide. 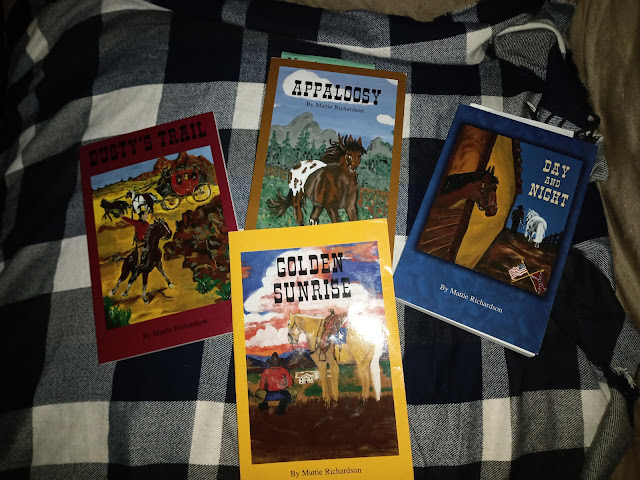 Each of the four  stand alone books focuses on a historical period in American history as told from the viewpoint of a horse as they observe the events unfold from an unbiased point of view.  These are paperback books ranging from between 77 pages (Dusty's Trail) to 149 pages (Day and Night).  The books are intended for ages 8-14 or anyone who loves horses and history. The books are researched extensively for accuracy.

Appaloosy
ISBN 978-0-9838171-0-9
This book tells the story of the Nez Perce Indian War and the roots of the Appaloosa Horse.  It is told from the point of view of Storm, a brown Appaloosa stallion longing to run free.  (125pp)

Dusty's Trail
ISBN 978-0-9838171-1-6
Dusty's owner Levi wants to answer an advertisement to join the Pony Express.  Dusty, however, doesn't agree with Levi.  Dusty enjoys his quiet life on the family farm and the idea of risking death daily just doesn't appeal to him. Readers will learn about the time period of the Pony Express, the trails that were used and more in this high action story.  (77pp)

Cheyenne has a very special bond with her owner, Jared and will follow him anywhere, including the battles for Texas independence.  Cheyenne witnesses the Battle of Gonzales, the Battle of the Alamo and eventually joins with Sam Houston's forces to defeat Santa Anna at the Battle of San Jacinto. (99pp)

Day and Night
ISBN 978-0-9838171-4-7
This book tells the story of two horses brothers, Tucker and Shiloh, who find
themselves on opposing sides of the Civil War.  Tucker is sold to the US Army while Shiloh ends up with Confederate army. Will either live long enough to see the end of the war and will they ever see each other again? (149pp) 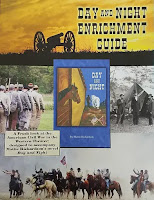 Day and Night Enrichment Guide
ISBN 978-0-9838171-6-1
This supplement is to be used with students while reading Day and Night. Broken into 8 Parts which each covers a set number of pages of of the book, each part covers reading comprehension questions, vocabulary, geography, horses in history, biography about historical figures, and more. We were given the digital version of this resource but a physical project is available.   (99pp) 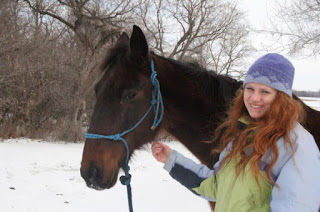 Formally known as "North Dakota's Teen Author", Mattie Richardson began writing at the age of 13 Appaloosy, Dusty's Trail, Golden Sunrise, Day and Night, The Secret of the Hemlock Forest, and Blackberry Blossom.  Currently a full time journalist, she also enjoys being a part time musician, playing the fiddle and guitar and performing bluegrass music.  An avid horse lover, she currently owns two horses and has a passion for riding.

For this review period, we decided to read Golden Sunrise together.  This particular book is about the Battle of the Alamo and being both a Texan as well as a descendant of one of Texas First Families, the Alamo will always be very special to me.

We opted to read this book as one of the selections for our morning read aloud. We read this book together as a family twice a week.  The book itself is 8 chapters in length so it took us a month to read it at our page.  However, this worked in our favor as we added other enrichment such as watching videos about the Battles, looking at a tour of the Alamo, and discussing other aspects of Texas history written about in the book.

As mentioned before, the Battle of the Alamo is something special to me - basically to anyone from Texas.  The Alamo is scared land that I have visited on many occasions.  The Battle of the Alamo is one of those things you better get right or you're going to really upset a Texan.  With that said, I can say that I had no issues from reading this book with my kids. I did wish that there had been a bit more details, but overall, I found the book true to historical fact.   I loved that Mattie Richardson mentions about Davy Crockett playing the fiddle as history tells that Crockett would play his fiddle along with  John McGregor playing the bagpipes (Richardson mentions someone with bagpipes but did not mention McGregor's name).  When we got to that portion of the book, I couldn't help but to show the kids the famous scene from the movie "The Alamo" with Billy Bob Thornton as Crockett standing on the walls of the Alamo and playing his fiddle along with the Mexican Army's Deguello.

I liked the inclusion of the Spanish to English phrase page so that readers would know what the Spanish phrases meant.  One suggestion I would give is a pronunciation guide though.  Especially for the name of San Antonio de Bexar - as I'm sure many readers will pronounce Bexar (Bear) wrong.. LOL

After we finished Golden Sunrise, Ashleigh said she wanted to read Day and Night for our next read aloud.  This book is about the Civil War and follows the story of two horses who separated and put into service on the opposite side of the war.  We were also using the Enrichment guide that goes along with this book and I'm finding the activities well thought out. I can easily print out each part as we are reading that section of the book without having to print out the entire guide at once.


Overall, we're really pleased with adding these books to our reading library and are enjoying learning about history from a unique viewpoint. 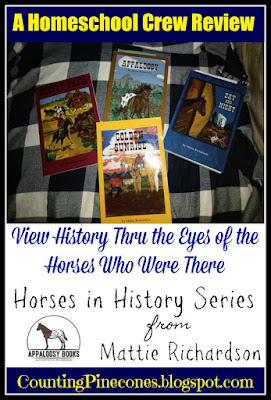 For more information about the Mattie Richardson's Horses in History book series, visit the authors website.  You can also find the author on the following social media sites:

Be sure to click the banner below to read the reviews from other Crew members. Posted by Brenda Prince at 1:15 PM