Our Introduction to Charlotte Mason 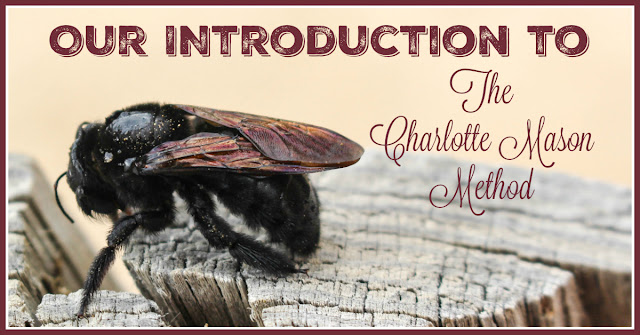 This week, we decided to try something new..   We decided to totally throw out almost all of our scheduling and planning and rewrite the entire thing.  And rather than doing a traditional style educational style, we figured we would try the Charlotte Mason method of learning.

The CM method is something that any homeschool mom has heard of but doesn't have any real clue what it is (unless they are already doing it.. lol)..  Basically, you ditch the textbooks and the worksheets and all the boring stuff and you instead read books that have actual educational value to read to your kids (called "living books").  This education method was first developed by Charlotte Mason, a British educator in the late 1800's and early 1900's.

Let me tell you, I wish I would have tried this sooner..   I'm seriously kicking myself in the butt for not looking more into this method two years ago, especially when I had the website bookmarked.

The kids have really taken to this new style and I honestly feel like they learned more this week then they had in previous months. We've studied poetry, folk songs, a worship song, and our Bible.  We've done math, history, English, science and even copy work without any balking and tears.. It has been a REALLY great learning week.

Here are just a few of the week's highlights.. We did much much more than this through the week.

First, we began reading the book Trumpet of the Swan by E.B. White whom also wrote Charlotte Web.  We're currently reading a chapter a day and the kids are really enjoying the story and I am seriously impressed with the amount of educational tidbits the book presents. This had led to some really awesome discussions and questions regards not only swans but eagles as well,  We've incorporated math lessons in with the book as we've measured out the 6 foot width of a Trumpeter Swan's nest and the slightly smaller 5 foot Bald Eagle's nest. We also learned that a Trumpeter Swan's egg measures roughly 5 inches long and so we then Googled the length and width of various bird eggs which we then drew, cut out and compared to each other.

All this talking about eggs and nests of course resulted in us looking up information in regards to Swan nests and then Eagle nests (as the Cob mentions Eagle nests).. This created a platform for us to start watching a couple of cameras on the internet and we watched a few eaglets hatch and a pair of bald eagles who are currently making their nest.  We're going to really enjoy watching both of these cameras daily and watching as the eaglets grow and watching the other pair start their family.  The kids ask to see both sets of eagles several times a day.

The kids are starting to listen to musical pieces by Franz Schubert, starting with the "Trout Quintet", We will probably concentrate on each piece of music for two weeks at a time.  We're also reading the book  Franz Schubert: The Story of the Boy who Wrote Beautiful Songs and while the kids are not finding it to be the most interesting of books, they have been learning a bit about Schubert's life.

While next week we're going to probably jump into the lessons in regards to the artwork of Jacques Louis David, this week we tested the waters with one of Michalangelo's most famous pieces - "The Creation of Adam" and we discussed what a fresco is and we talked about the Sistine Chapel. We also discussed the various theories as to who the character God has his arm around is (ultimately the children decided it was Eve).

On Wednesday, we had three turkey vultures who decided to roost in the the trees in our front yard.. The kids thought this was absolutely awesome and enjoyed going out and actually observing them, especially when one of them showed off his massive wingspan.. WOW!!


Both kids successfully memorized their memory verse for this week.. Since we were starting at the beginning, we went with Genesis 1:1 "In the Beginning God Created the Heavens and the Earth".   I was very proud of both of them.

Today, as their "treat" for doing so well (we would have done it anyway, but don't tell them that), we did a nature walk..   Alyssa's school was having a science fair (which in my opinion was highly disappointing and not at all what I was expecting for a science fair) so we got Dad to drop us off on his way to work.. Afterwards, we walked home which had us walking through various undeveloped areas.. We had a blast check out various trees, plants and such..  The highlight was finding a cute lil carpenter bee checking out a cut down tree..

I have no doubt that Nature Hikes will quickly become the highlight of our school week.. 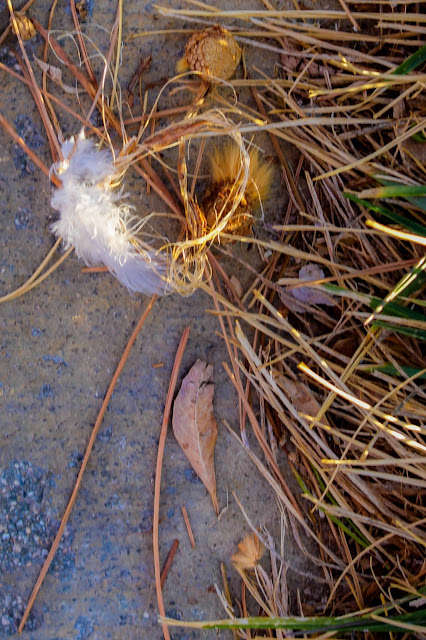 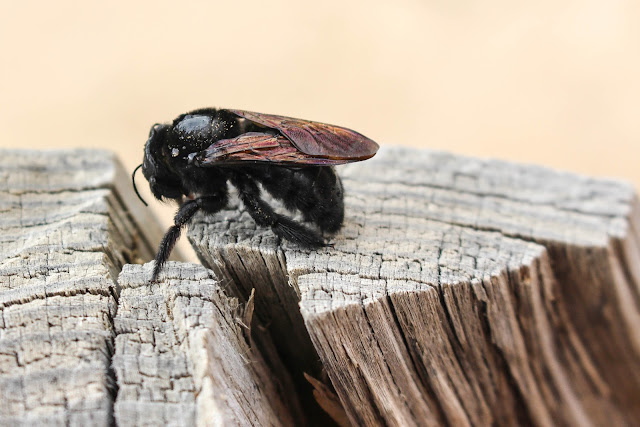 Posted by Brenda Prince at 7:59 PM