The Gospels (A Homeschool Crew Review) 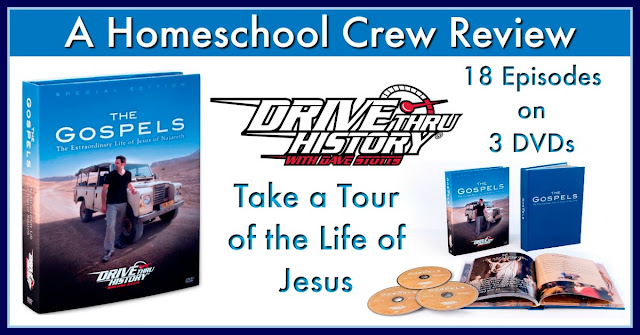 What could be more fun than traveling through the Holy Land, visiting the very sites that Jesus himself stood, walking where he walked?  Well, not all of us are able to have such an amazing experience, but we can live vicariously with Dave Stotts, the host of Drive Thru History®  as he zips around in an old Land Rover named after late actor Steve McQueen in the new series Drive Thru History® – “The Gospels”. 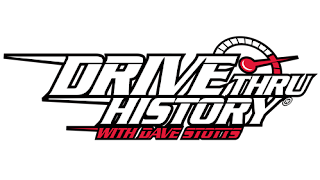 A short time ago, I was given access to the first episode of this new series as a bonus for preregistering for an upcoming homeschool convention and after watching it, I was absolutely hooked.  You should have seen my happy dance when the entire series was offered for review and I was on the list. I can honestly say had I not been selected to be on this particular review, I would have purchased the series anyway - it's that good. 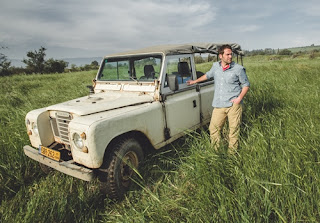 of Jesus Christ while presenting a very factual based presentation of how many of the political  and social influences of the time directly impacted the events that led to Christ's crucifixion as well as how these same events would have impacted the writers when they wrote the four Gospels of the Bible.  Each episode features host Dave Stotts as he takes viewers along with him on more than 50 locations during his travels to some pretty amazing locations as his backdrop.  From the Wailing Wall, the Pool of Bethesda, to the Church of the Nativity, we are given a backstage pass to some of the greatest events of all time: The Birth, the Life and the Death and Resurrection of our Lord and Savior.

Stotts makes for an enjoyable host throughout the series, combining educational with humor.  Each of the 30 minute episodes avoids leaning towards any one particular religious doctrine but instead focuses on only the facts as presented by both the Scriptures as well as historical documentation from the period while throwing in entertaining segments such as cooking  "Texas" BBQ on the engine of his ride during a lengthy road trip.  (Sorry, Mr Stotts, but this Texan can tell ya, that's not how it's done lol). 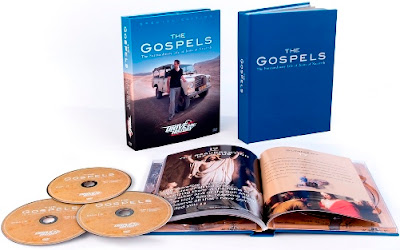 The set is packaged very nicely in a hard covered book style case which contains three DVDs as well as an attached full colored booklet. This booklet serves to provide a quick summary of each episode as well as discussion questions, scripture suggestions, additional tidbits that are referred to as "Side Roads" and beautiful photographs of religious artwork as well as many of the locations Stotts visited during his two month adventure in Israel.  A full colored slip cover helps keeps the contents protected.


Covered in each Episode: 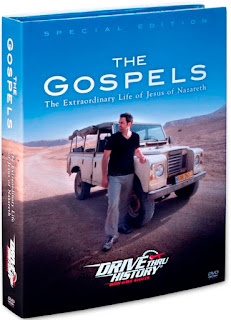 As mentioned before, I had already had a preview of this series by given access to the first episode prior to this review, so I already knew that I was going to enjoy the rest of the series.  I was already a fan of other Drive Thru History® series such as their American History and Ancient History series. Because of this, I went into this review already knowing what to expect.

Once I received the DVDs, I debated if I would just watch them all in one setting during my alone time or if I would wait on my family to watch it with me.  The decision was made for me when my husband announced he would really like to watch them as well, so the two of us, along with my teenage daughter spend the last few Saturday nights forgoing our usual movie night to watch the episodes together. 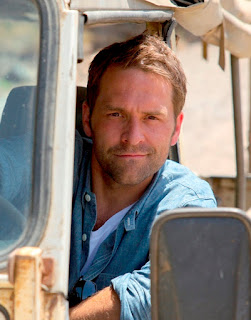 We found the series to be very well done, with great cinematics, proper volume levels (I hate when you have to constantly adjust the volume because parts are either too loud or too quiet) and packed full of interesting material.  Dave Stotts makes for a perfect host as he's got a face for television (in other words - as my teenage says - he's a cutie) as well as a pleasant voice and a personality that shines through in each episode.

The only negative?? Well, my daughter found out she was going to have to go to Texas for 6 weeks this summer - which means she's going to have to miss the Homeschool Convention we are going to attend.  Guess who is going to be there?? Dave Stotts.  So yeah, after watching the series, she's actually pretty heartbroken that she is going to miss out on meeting him in person.  Sorry sweetie - I'll try to get our copy of The Gospels autographed for you.. LOL But yeah, that's the only negative I can come up with for this series.

If your looking for a great series, beautiful settings, an entertaining host and an AMAZINGLY presented, factual based presentation of the life of Jesus, I highly recommend this series. 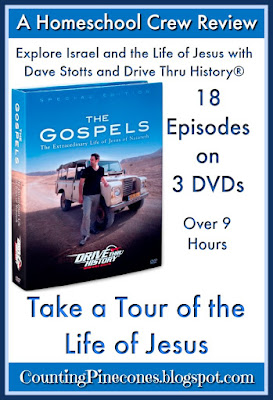