Last Thursday night was the final meeting for this school year for Ashleigh's Awana group so that means it was Awards night. All the kids, from High School to the Cubbies group were recognized for all the hard work that they have put in studying and memorizing their Bible verses.

Unfortunately, Alyssa had to miss out last night as she had to come home early from school after she passed out while giving blood. So she stayed home with Garrett while Ashleigh and I headed to the chapel.

After a cute slide show showing what the kids have done throughout the year, it was time for the awards.  To help reduce the amount of kids on stage, the T&T groups were broken down by their team color.  Ashleigh was Team Blue. 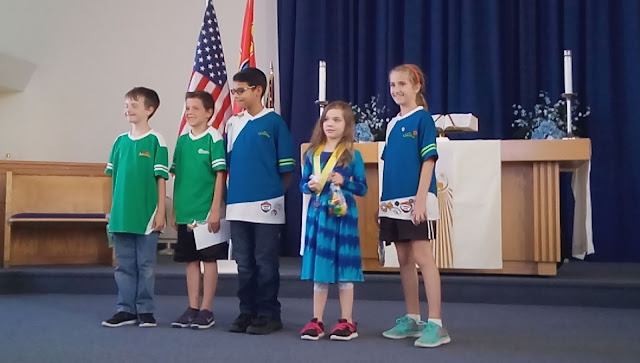 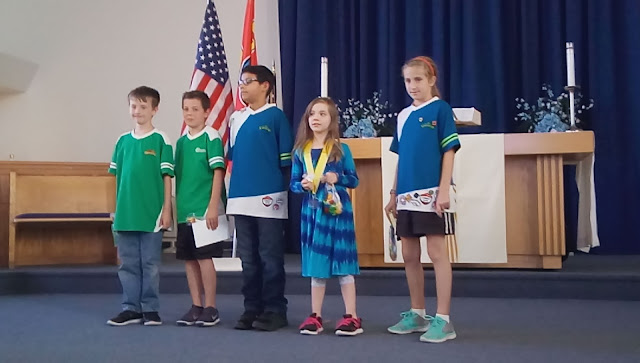 I'm very proud of Ashleigh.  While you can't see all the other kids from the other teams, Ashleigh is the youngest in the T&T group, being the only 3rd grader and this was her first year of Awana. I think she did really well and she was very proud of herself. 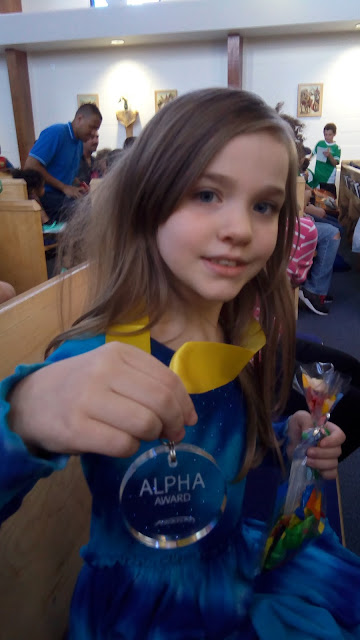 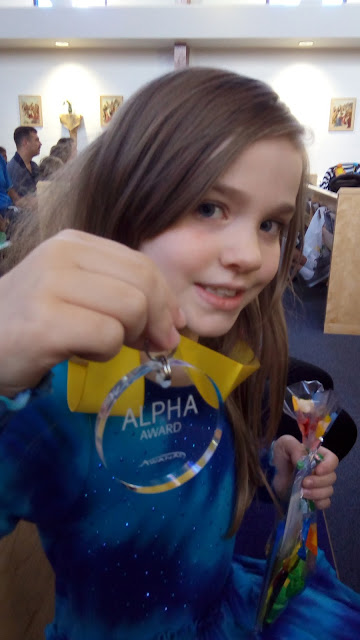 We'll be looking forward to September when AWANA starts back up :)
Posted by Brenda Prince at 8:07 PM