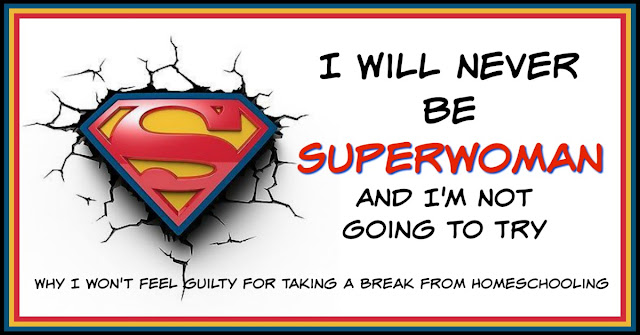 Ever have one of those days where you just don't feel like doing anything??  I bet you have. Heck, Bruno Mars even did a whole song about feeling exactly like I feel right now.  I think it's affecting my whole family to be honest - my husband is still in bed as I write this and my oldest woke me up at 7 this morning not feeling well and asking if she could stay home - she's also in bed at the moment.  I wish I was!!!

Unfortunately, lazy days aren't exactly conducive to homeschooling, are they?  I don't think we could find any way to weave it into a class credit. There's nothing that corresponds with "sit on your rear end all day and do nothing. Order pizza and leave it at that".. (I can't order pizza - I did that last night - I should have saved it for today.. haha).

Right now, I am just both physically and mentally exhausted.  Between all the money we've been dishing out this month for yearbooks, prom tickets, prom jewelry, senior trips, graduation presents ect, what seems like an almost constant argument with my husband in regards to an upcoming purchase of a new muscle car (can a midlife crisis happen at age 30?), the fact that my ex husband along with his wife and kids will be here later this month and I have to get my house looking like something straight out of Southern Homes, not to mention teach these kids multiplication and division, and we've got a VERY exhausted mama on our hands.

So, today is a lazy day, a mental health day, a Jon Snow day, whatever we wish to call it today. And I have a feeling the rest of the week will be the same - I just don't feel like doing much of anything beyond bing watching Law & Order: SVU . (Can I make the kids watch and call it Social studies or Criminal Studies??)

The problem with this mentality is that it's addictive. It's too easy to do exactly that - sit on my rear, bing watch tv and do absolutely nothing. I make excuses - it's just one week.. But then the next Monday rolls around and you feel the same way and one week turns to two or three and you're in an even worse mentality because you realize your further and further behind.  That's not very healthy for a homeschool environment where you're suppose to be teaching the kids and so the guilty starts eating you alive.

I'm going to go out here on a limb and say that at some point in your homeschooling adventure, you've felt the way I am feeling right now. The pizza boxes are still waiting to be taken out to the trash can, the dishes might be piled up in the sink from two nights ago, the living room looks like a named storm has passed through it, you're still in your pajamas, hair not brushed, and the very thought of trying to put in a days worth of school is just overwhelming to you.  You're not alone, we've all been there.

Your students are not going to grow up to be complete idiots just because you take a week, two weeks, a month off from hardcore studies while you take some time to regroup and get things back on track.

Today, I'll do exactly what I did yesterday - I'll set my kids in front of the computer for a bit while they work on some online studies, whether it be some actual math lessons or a Minecraft lesson from Skrafty.  I'll pull out a quick lesson that will take me about 10 minutes total just to feel like I've done something productive with them.  Right now, I have them both in their bedroom with a garbage bag, filling them up with all the trash that they continuously bring to their room (my son hoards cardboard for some reason) and I'll consider that Home Economics for the day.  I'll read them a quick story out of a KidsCraft book and I'll call it a day and then I'll watch some Detective Benson and Stabler for the rest of the night.  And I won't feel one big of guilt over it because I know that so long as they've learned one thing today, I've done my job.  And because I also know that them learning that one thing is far better than my loosing my cool trying to fit a full day of studies in just because I think I need to.

You're doing a good job, Momma, even if nobody ever tells you that.  Even when you're over your head, when the weight of the world is on your shoulders and one single raindrop can bring the whole thing crashing down, you're still doing good. You're normal, you're human!  While sometimes it sure does feel like we need to have that hidden "S" on our chests, we're not Superwoman and it's unfair of us to expect ourselves to be. Superwoman is a figment of someone's imagination - an unrealistic image that nobody can ever live up to so don't expect yourself to do it.  Take that week off, watch some Pretty Little Liars or whatever you're craving and then pick back up later.  Send the kids off to do some menial task that needs to be done that they can handle - whether it be fold a load of laundry or pick up trash - they live in that house too, it shouldn't be all up to you to keep it going.  Make them sit down with a book and work on quiet independent reading while you also curl up with a good book or listen to some Beethoven together while you relax and then call it a music appreciation day.

In the words of Scarlett O'Hara, "After all..tomorrow is another day".  Today is just another bump in the long road of life, one day out of a week, one week out of a year, one year out of a decade, one decade out of a century.  Twenty years from now, how much impact will this one day, or this one week, or this one month really make in the grand scheme of things?

Tell yourself You've got this!!  Because you do, even if you think you don't.

And now, I think I'll sit back with my cup of coffee, watch some L&O and call it a day. 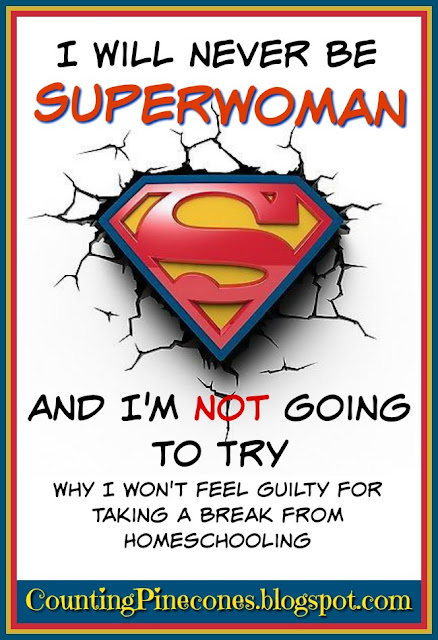 Posted by Brenda Prince at 1:07 PM