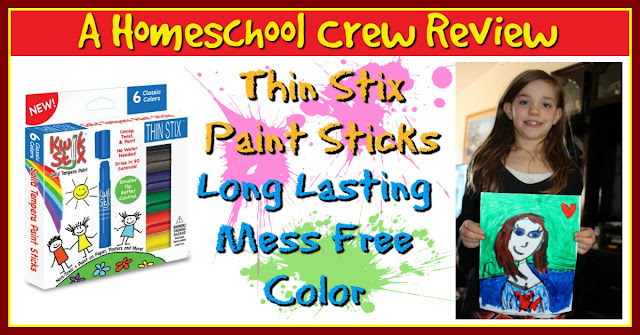 Ashleigh loves to draw and paint.  However, Ashleigh does not like to clean up.  What tends to happen is that Ashleigh will paint a really nice picture, but she'll leave her cup of water for cleaning brushes on the table and the cat knocks it over, or paint gets spilled and dries before Mom notices it. I love her artistic side but my furniture pays for it.

Last year, we had the pleasure of reviewing Kwik Stix from The Pencil Grip, Inc.  If you with with this blog for that 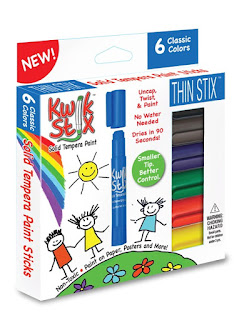 review last summer, you'll know that these convenient paint sticks were a real hit in out household.  They were even one of my top recommendations for Christmas Gifts for younger children.  But for the last few weeks, Ashleigh's been using the new Thin Stix 6Pk of Classic Colors, the latest addition to the Kwik Stix line of products, to make her artwork.

What are Thin Stix?

Thin Stix are paint sticks made with  the same solid tempera paint  found in the Kwik Stix, only the Thin Stix are thin and taller and they provide a smaller top for smoother control on projects. Currently available in classic colors (red, blue, black, brown, green and yellow), Thin Stix require no water or paint brushes to use. Using the same design as Kwik Stix, kids simply draw or color with them much as they would with a marker.  The paint itself is creamy and the paint glides on smoothly and then dry to the touch in about 90 seconds.  The stick themselves work similar to a glue stick-  as more paint is needed the student simply twists the bottom to expose more of the paint stick.  The paint itself is a semi-solid, also similar to a glue stick and provide full coverage to the project they are being used on.   And the best part is that there is little to no mess at all.  What little cleanup that may be needed is easy with simple soap and water.


What We Think of Thin Stix:

Ashleigh has been a huge fan of the Kwik Stix paint sticks for some time now, using them almost constantly for various projects and she has a pretty good assortment of colors.  She was pretty happy to get to try the thinner sticks, as she found them to be easier to hold like a pencil vs handling it like a glue stick.

We have noticed that Thin Stix doesn't work so well on Plaster of Paris.  Ashleigh tried to use the Thin Stix to paint a lion and Tiger that she had, but had trouble getting the paint to adhere properly to the surface, although I do think this was due more to the surface of the thing she was panting rather than the Thin Stix themselves.  We did end up using a paint brush with the Thin Stix, to pull some of the paint from the Stick and then transfer it to the plaster before it dried.   It worked fairly well and she was able to get paint onto the lion but it was a process.  However, even after, the brown of the mane began to flake away once dried so she gave up and moved to coloring with my dry eraser markers.  (Mom was NOT happy about that.. lol) 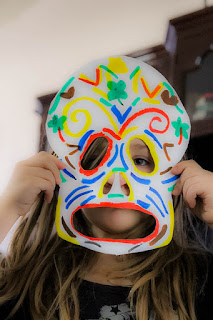 With the exception of the plaster of paris, Thin Stix have performed beautifully on every surface Ashleigh has thrown at them.  This includes aluminum soda cans (She felt like decorating my Peace Tea can), her Littlest Pet Shop toys (she felt they needed some extra color), rubber rats (they were plain grey so she wanted them colorful), paper, stone, and wood.  The colors are bright and bold and look vibrant against practically any field of color they are put on.  Because of the superb coverage, they are really great on black paper where often times paints tend to let too much black show through. 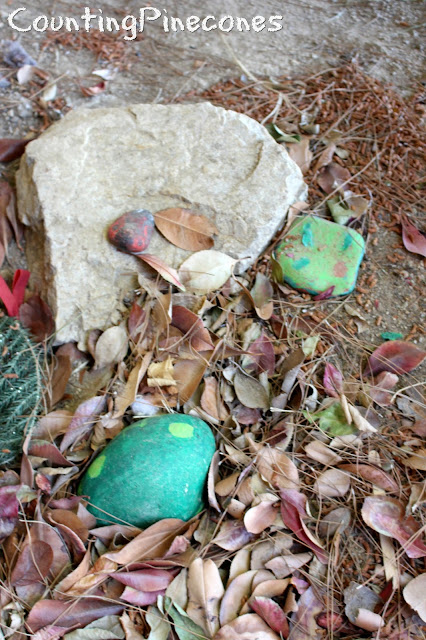 One thing that I would like to address in regards to the paint used in both the Thin Stix and Kwik Stix paint sticks.

I am SUPER impressed withe the longevity of the paint blend.   It has been roughly one year since we originally reviewed Kwik Stix (which again, is the same paint found in Thin Stix). During that review, my daughter painted a series of rocks resembling a turtle, a lady bug and what I believe to be a cat.

Unfortunately, once these projects were completed, she moved on to other things and these projects were completely forgotten until I started working on this review one year later and I thought about the rocks.  I was curious how the paint on the rocks had held up over the course of the year, facing the harsh elements of the hot Mojave Desert sun. Would the paint have faded, would it have been washed away by the rain or the sprinkler systems?

I went out and sure enough, they were still where Ashleigh had left them.

<---  This is how I found the rocks, covered up for the most part by rotting leaves from the blower that our lawn maintenance guys use.

The painted rocks have sat in the flower bed in front of the house since they were painted in April or May of last year.  During that year, we have had 70MPH winds, nearly 120*F temperatures, and had a very unusual month of January where it rained almost non stop and we had some pretty crazy bouts of hail as well.  These rocks also sit at the base of a bush where we have these small desert mice live, as well as lizards, squirrels and birds that forage though our flower bed on a daily basis.  So I expected some deterioration to the paint from exposure to the elements.

Here's what they looked like when Ashleigh placed them in the flower bed. 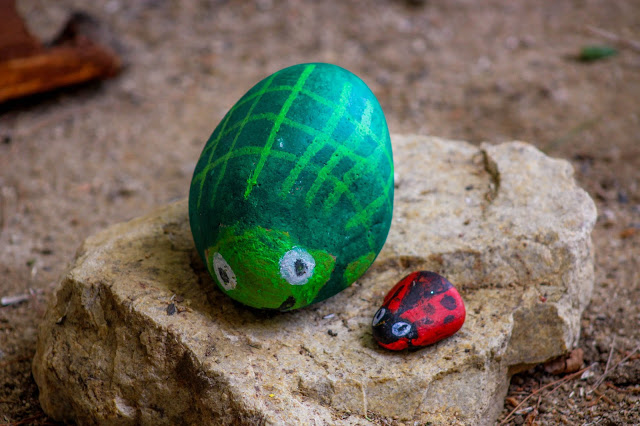 >And here's one year later, after being brought inside the house and just rinsed off with a bit of water in the sink.. 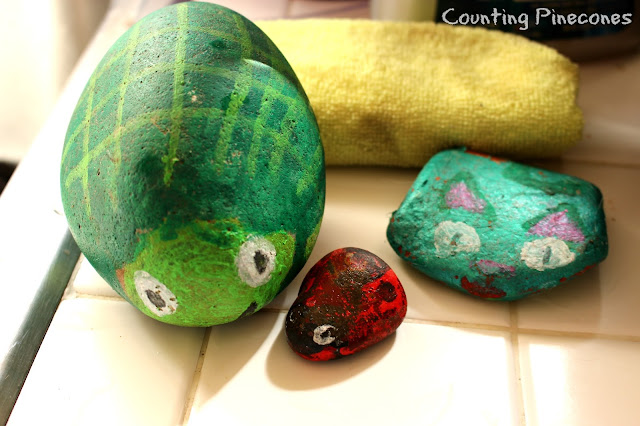 I gotta say, I'm pretty impressed that the paint hasn't seemed to fade much at all.. The Ladybug has a bit of chipping to it, but the larger turtle looks almost exactly the same.

These paint sticks will continue to be a family favorite in our household. 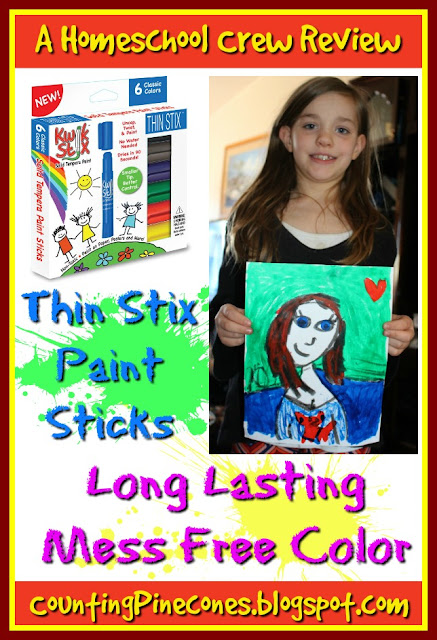 For more information about The Pencil Grip, Inc. or Thin Stix paint sticks, be sure to visit their website or one of their social media sites at :