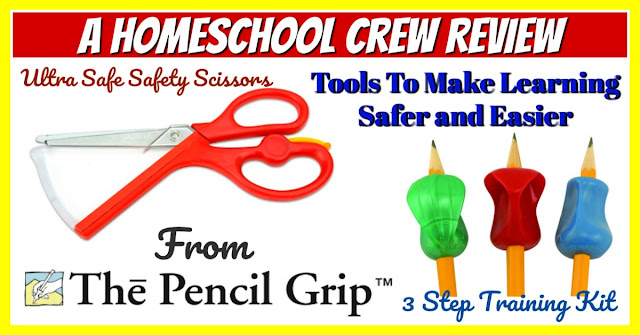 Members of the Review Crew were asked to review two items from The Pencil Grip, Inc., the Ultra Safe Safety Scissors and the 3 Step Training Kit, a series of three transitional pencil grips.


The Ultra Safe Safety Scissors are designed for younger kids who are just beginning to learn cutting skills but are still at risk of getting hurt with a normal pair of scissors. 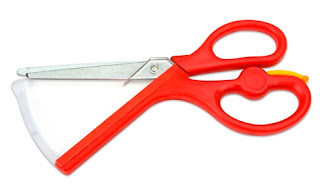 Typical bunt edge safety scissors tend to have a dull cutting edge making effective cutting a bit of a challenge.  These scissors have overcome this disadvantage by designing a pair of scissors with a sharp cutting edge that is completely protected by a plastic guard, only exposing the stationary blunt edge. A channel between the plastic guard and the upper stationary blade allow for the paper to be fed safely into the scissors but is not wide enough for small fingers, eliminating the risk of accidental cuts. The lower cutting blade is also slightly shorter than the blunted upper blade which prevents poking that can result in more pointed scissors.

The yellow plastic training lever acts as a spring load mechanism allowing the scissors to automatically open, making it easier for younger cutters.  This mechanism can be swung up later to allow for children to get used to the hand movements needed to operate a normal pair of scissors when they are ready. 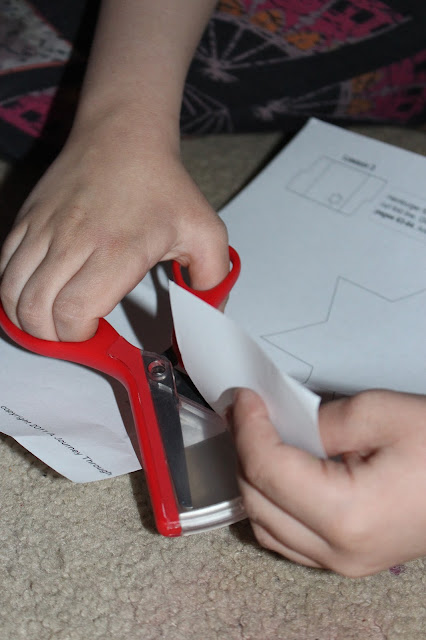 These are great for those just learning to cut but wouldn't be recommended for precise cutting.  Actually liked using them for some things but for our lapbooking, they were a bit hard to maneuver in order to get precise cutting lines and she quickly switched to her "grown up scissors".


We were also given the 3 Step Training Kit for our review.  This is a set of three soft, squishy silicone grips are designed to be used in steps to teach children to properly hold and control their writing utensils comfortably.  They simply slip over your choice of writing utensil (pencil, pen, crayon, colored pencil, ect) to provide a more ergonomic hold. 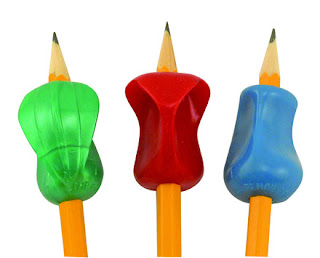 The first of these grips is the Crossover grip, which combines indentions for the fingers to comfortably sit along with wings that rest on top of the fingers to keep the fingers in the proper position and keep them from crossing over each other. 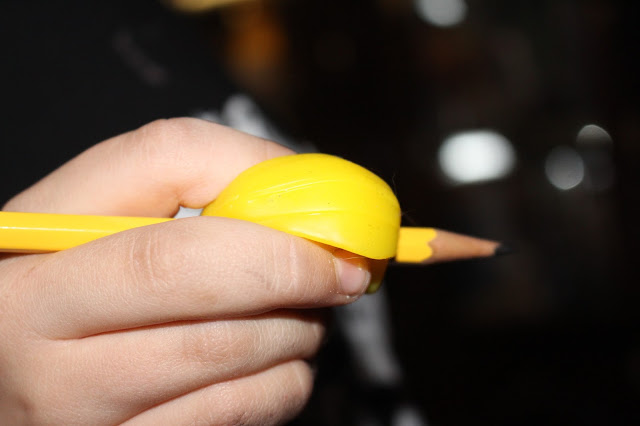 The second grip is the Pinch Grip. Also made of the same squishy silcone, this grip helps to find proper balance of the pencil as well as to encourages proper hand placement on the pencil, reducing hand fatigue.   Both Garrett and Ashleigh liked using this one. 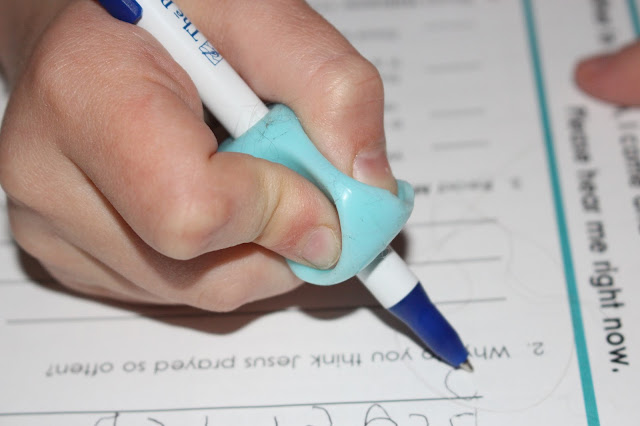 The final grip is the Pencil Grip.  This grip also encourages natural hand placement but is less bulky in size and shape.  This was the grip that I found most comfortable for the way I hold a pen. 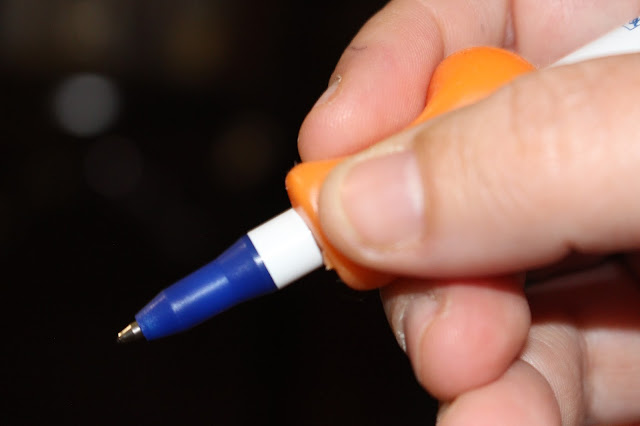 Pencil grips are recommended by the Arthritis Foundation and can be used by both left and right-handed writers.

Two small caveats we found about the pencil grips. The blue one didn't seem to hold well on the pencil and wanted to slide down while the Garrett, who used it the most, was writing.  It did hold well to the plastic of the pen that it originally came attached to, so I just ended up transitioning him to writing with a pen to make things easier.  Second, we have three cats and a dog and we noticed these tend to attract fur easily.  They are easy to rinse off with soap and water, however, so this was not a big issue (other than realizing I need to vacuum/dust more often). 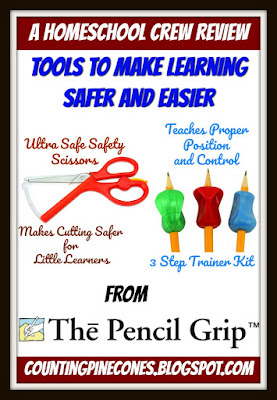 For more information about the many products offered by The Pencil Grip, Inc., visit their website. You can also find them on the following social media platforms: