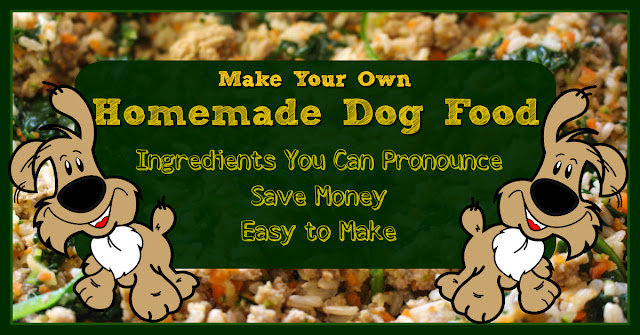 As I have previously blogged about, we got Kenny, our Cocker mix, after finding him on Petfinder and adopting him from a shelter. Unfortunately, almost immediately he started coughing and unfortunately, it became apparent that Kenny was suffering from Kennel Cough, a very common infliction of dogs who come from shelters.  We were told that it would take about 3 weeks to run its course, keep him hydrated and watch his breathing and he should be okay.  It was a fun few weeks as Kenny quickly became a full on snot machine but this also meant that his sense of smell was affected.  We really became worried as he wouldn't eat and started quickly losing weight. We were told to boil some chicken and rice in low sodium broth and see if he would eat that, which we were thrilled about, but I just couldn't afford to feed him chicken breast twice a day.

After researching online, I found a homemade dog food that made a nice amount of food for a much more manageable price tag. Kenny would eat the food but I was still having to throw away half of his food. However, after some tweaks, it quickly became something he looked forward with and would clean his bowl at each meal.  After just a few days, he had gained back the weight he had lost and his coat looked really good and all the wonderful vitamins seemed to help him get over the Kennel Cough much quicker than the 3 weeks.

Once we had perfected the recipe to Kenny's liking, it has been a staple since.   For roughly 6 bucks, I can make a batch of this food each week, divide it up into 7 quart size freezer bags which I stack flat in my freezer.  Each night, before bed, I grab a bag and toss it in the fridge to thaw overnight.  Then, I warm up half of the mixture for 20 seconds in the microwave and then mix it with 1/2 cup of Blue Buffalo Basics providing Kenny with a full cup of food twice a day.  This seems to be optional for us, but as Kenny is a smaller dog (less than 20 lbs), this recipe would need to be adjusted for a larger dog.

Start by browning 2lbs of ground turkey.  I also start making 4 servings of long grain brown rice in my rice cooker at the same time. 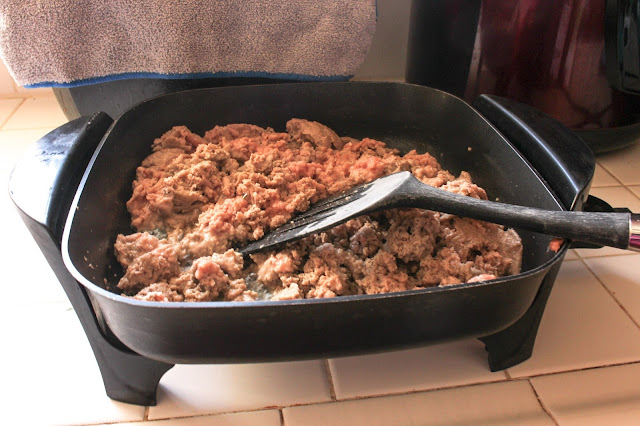 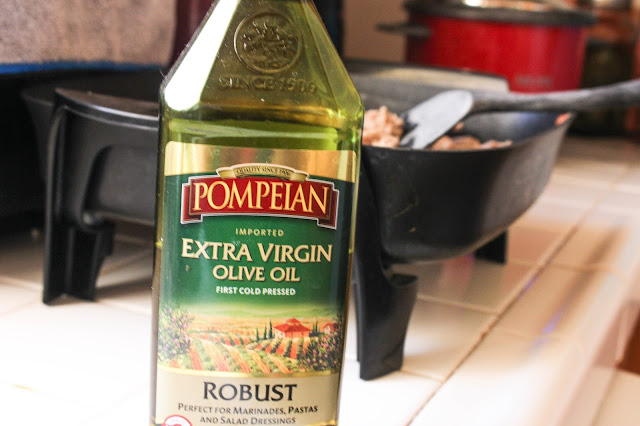 While the turkey is browning, I star preparing the vegetables.  For this recipe, I decided to use fresh bagged spinach, zucchini and carrots. 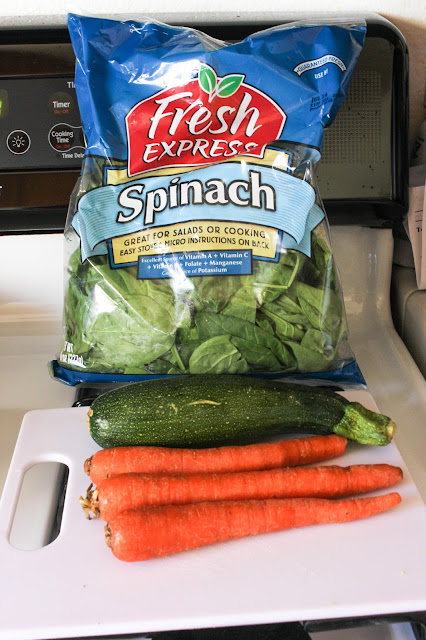 After cleaning, the carrots and zucchini are cut into chunks and placed into a food processor and pulses until cut into very small pieces. 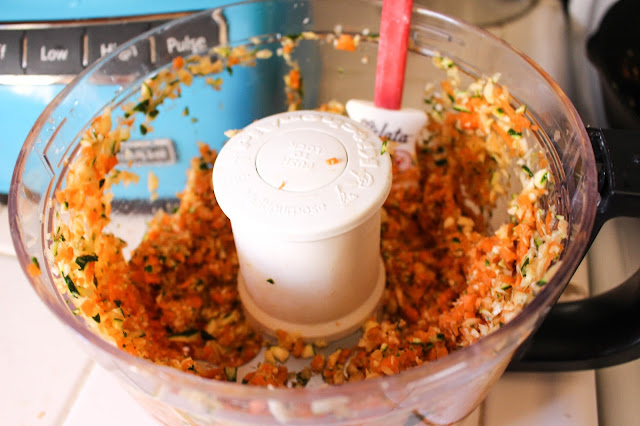 This gets added to the turkey mixture and mixed well. 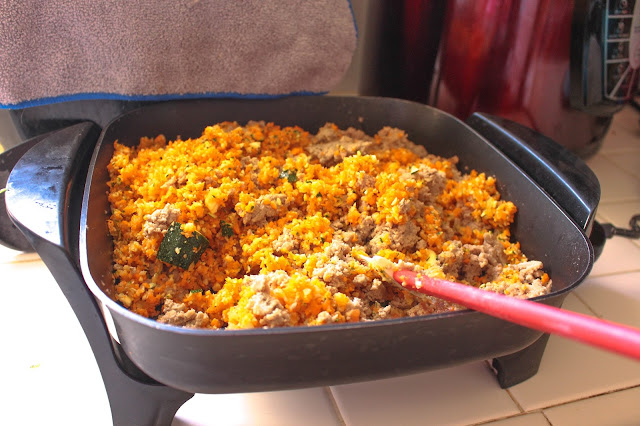 At this point, I add 1 cup of reduced sodium chicken broth.  This provides more flavor, which Kenny likes, as well as helps to steam the spinach that we're about to add to the mix.  I also found that by adding the broth, it adds just the right amount of liquid to the mix when I mix it with the dry dog food at meal time and keeps the mixture from being too dry. 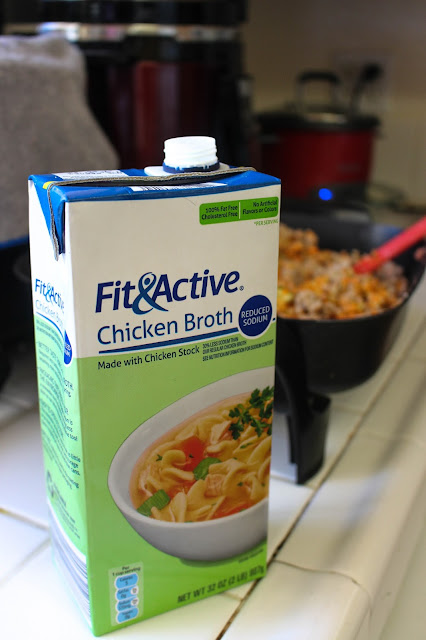 Add the spinach.  I use the full bag of spinach. 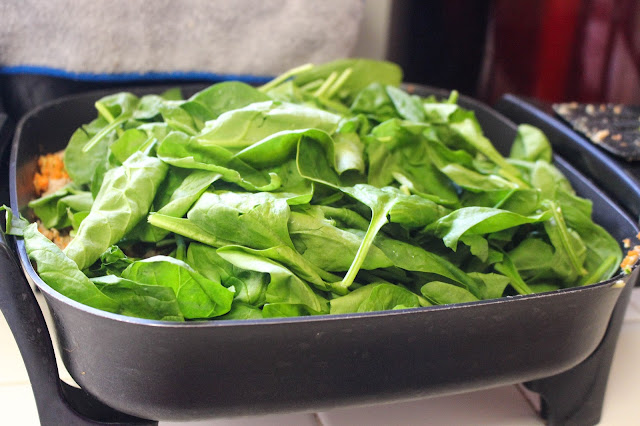 Cover and cook down for about 5 minutes, stir, cover and cook another 3-5 minutes to allow the spinach to wilt down. 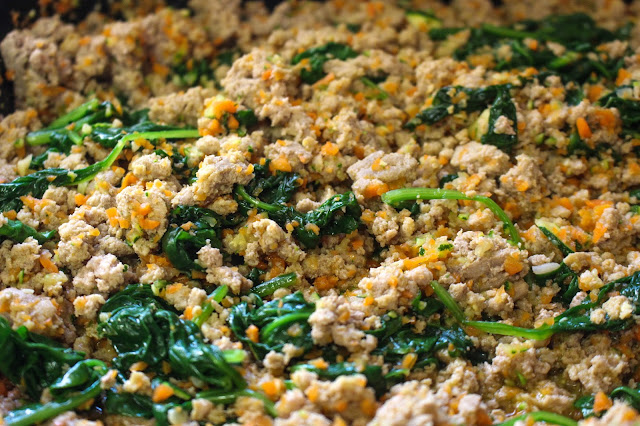 Once the rice is cooked, add it to the meat and vegetables and mix well. 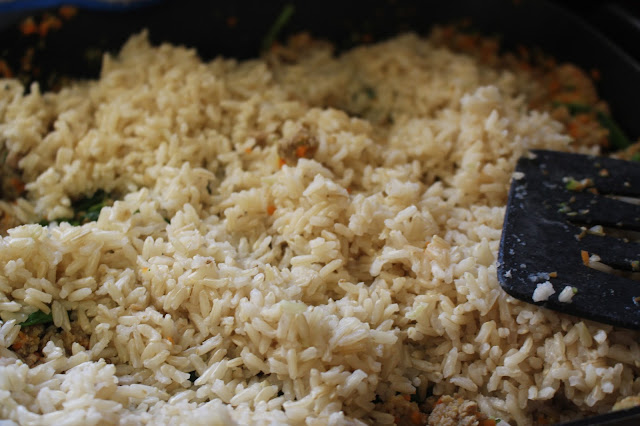 The completed mix..  Doesn't that look so much better than anything out of a can??  And you know exactly what's in it and can pronounce it all too.  I end up dividing this mixture into 7 quart size freezer bags which I stack neatly in my freezer. Since Kenny is a smaller dog, I typically mix a half a cup of this mix with a half a cup of his Blue Buffalo kibbles twice a day - once in the morning and once in the evening. 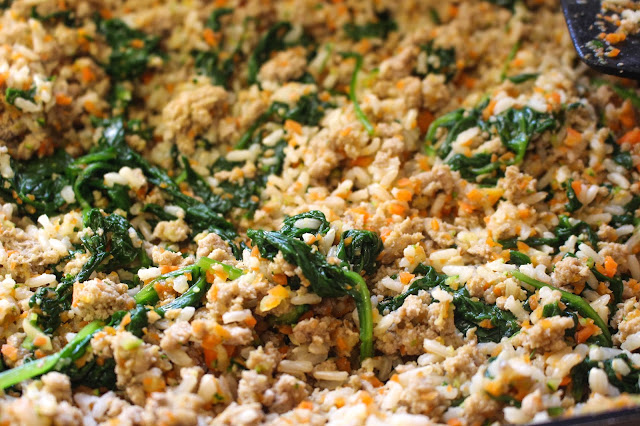 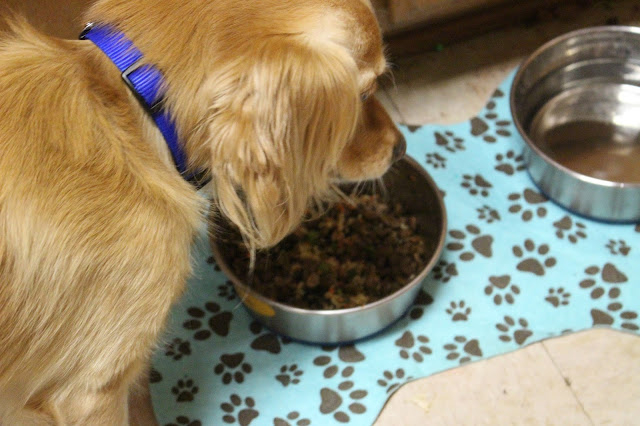 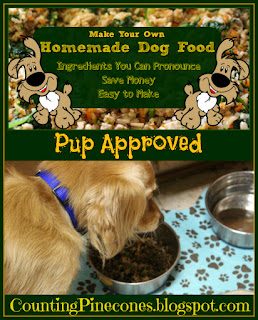 Looking for other healthy food alternatives for your pooch?? Or maybe you want to know if a particular household item is safe to use around your pets? Check out the website PetConsider which has many articles to keep your furry friend safe and healthy. Curious if your pooch can have bananas? Start with this article here to find out:  Can Dogs Eat Bananas?

Posted by Brenda Prince at 3:29 PM