Learning about George Washington with YWAM (A Homeschool Crew Review) 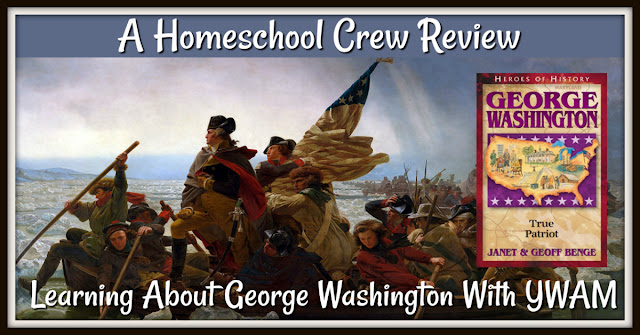 There are certain school subjects most kids either love or they hate - usually math and history.  I personally struggled with history in school myself because lets face it, the way history is typically presented is downright boring.  Memorizing dates and names along with a very brief summary of an event that happened hundreds of years ago just doesn't tend to grab the interest of most students.

and offers a large selection of quality books written about figures who's lives not only had a huge impact in history but also showcase how their faith helped shaped them and how God used them to make a difference in the world.  With books about Presidents such as George Washington and Ronald Reagan, great inventors like Thomas Edison, pioneers such as Davey Crockett or Meriwether Lewis , Civil Rights icons like Harriet Tubman, Sports icons like Lewis Zamperini and Missionaries such as Nate Saint and Corrie Ten Boom and even people like Ben Carson who are making an impact today, there's so many options that are sure to spark interest in any reader.

But these aren't just cut and dry text books.  YWAM Publishing brings each story to live through engaging biographies, written by Janet & Geoff Benge,  of extraordinary people who's faith helped them to achieve some of the greatest accomplishments in history.  Series include Christian Heroes: Then & Now and Heroes in History which are written for ages 10 and up, as well as a Heroes in History for Young Readers, written by Renee Taft Meloche, which are aimed for readers ages 5-10. Many books are available both in paperback as well as ereader formats. 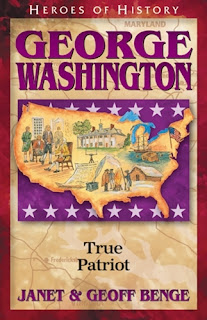 For this review, we were given a copy of the book George Washington - True Patriot from the Heroes in History series, a 224 page soft cover trade paperback as well as the accompanying downloadable Unit Study Curriculum guide for the same title.

YWAM Publishing and the Heroes in History series are one that we are very familiar with and we have a number of these books in our homeschooling library, so when we were given the opportunity to do another review of one of their books, we were pretty excited.

Just prior to this review selection, I had asked the kids to list out various topics that they wanted to learn more about.  When asked to pick a President from the past that they would like to study, Garrett picked George Washington (Ashleigh picked John F. Kennedy). Lucky for us, one of the selections we had to choose from was about George Washington.  Perfect!!

True Patriot weaves together the story of the life of George Washington, beginning with how his childhood and family led to many of the decisions that he made as a young man, decisions that took him from a young, six year old boy climbing trees in his front yard to the Commander in chief of the Continental Army and eventually the first President of the United States of America.

Since the kids are still young, we decided to read this book together as a read aloud during our history time.  I found that a chapter a day was a perfect amount for them without being overwhelming or bombarding them with too much information at once.  Each days, the kids would cuddle on the couch and we would pick up where we left off on the exciting story of George Washington and his involvement with the American Revolution.

Garrett has never been one to enjoy reading, whether it's me reading to him or him having to read independently. Getting him to sit still during reading time is near impossible, to be honest.  However, this book caught his attention from the starting gate and there were many days where he asked if we could read our chapter before we did anything else. 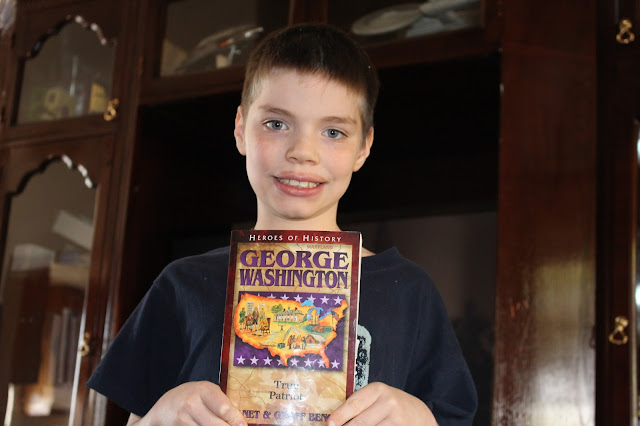 One of the things I really enjoy about the Heroes of History series is that while historically accurate, it's written in such a way that really pulls the reader into the story as it bridges the gap between non-fiction and fiction.  Readers are not subjected to dry textbook style reading as one would find in a typical history book, but instead are immersed in the story, setting and characters like they would be with their favorite novel.   Yes, all the pertinent material such as dates and locations are included but they are presented in such a way that they are part of the story.  From a parent who follows a more Charlotte Mason style educational format, I really like that these books are easily considered Living Books. The stories are vivid and engaging but highly educational.

Here's what Garrett has to say about Heroes in History-George Washington: True Patriot 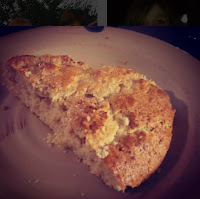 actual unit study, especially with the available Curriculum Guide.  This includes a downloadable 64 page guide that includes comprehension questions for each chapter of the book, as well as multi subject activities such as Language Arts essay questions, arts and craft activities, field trip suggestions, and movie and additional reading suggestions.  There are also notebooking pages as well as overview guides for homeschools, small groups and traditional classrooms that provide the historical order in which the books can be read, making incoporating YWAM books into your history lessons easy. .

Since we have decided to make a study unit around George Washington and the American Revolution, these suggestions and activities have come in handy for tying our reading in with other subjects.  For example, the kids got to help make these Cinnamon and Sugar Scones for a snack one day after reading about how George had scones for lunch one day.  We've also had a wonderful virtual "field trip" to Mount Vernon, George and Martha's home.

I highly recommend the YWAM Heroes of History series for any homeschool classroom setting, or even for just general reading.  And not just for the kids, either, making them perfect for adults as well.


For more information and to browse the large selections of books available, be sure to visit the YWAM Publishing website at http://www.ywampublishing.com.

Posted by Brenda Prince at 4:07 PM