Christmas 2017 with Jack the Elf 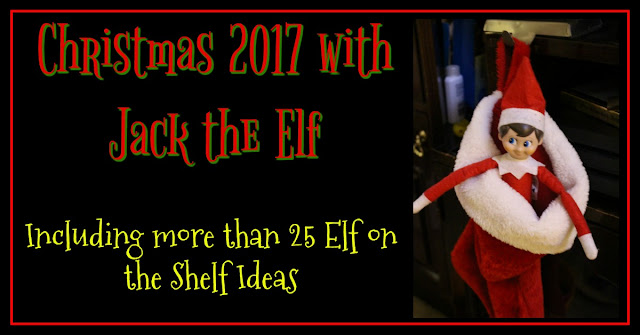 It's hard to believe this is the fourth Christmas that has seen a visit from our Elf on the Shelf, Jack.  And even though the kids are 4 years older,  they still love the tradition of finding out where Jack is hiding each day.  This year, Jack was a bit late showing up, as he usually shows up the night we put the Christmas tree up.  I guess lazy parents the weather delayed his travel this time around.. 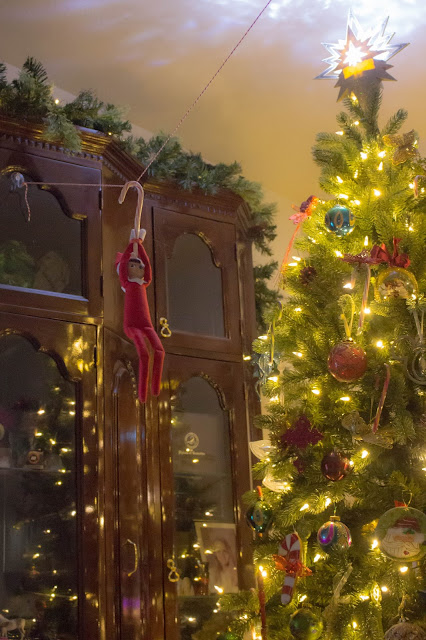 We often try to make our Elf on the Shelf reflect activies that our family enjoys.  For example, Jack decided to go Camping on this particular night.  The kids look forward to our annual summer camping trips so knowing Jack also enjoys camping got them pretty excited. 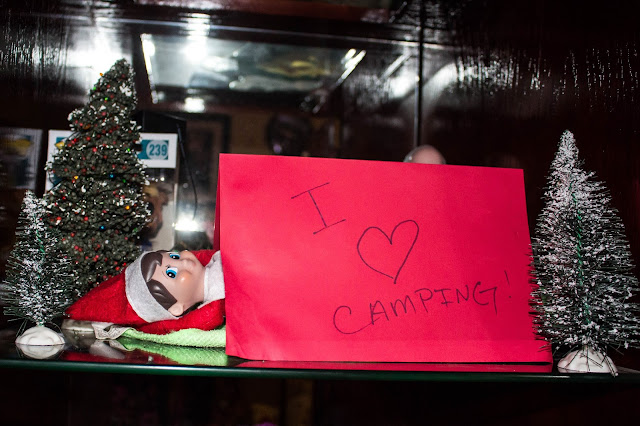 Not afraid of heights, Jack is also very adventurous.  This particular night, he went hang gliding around our living room. 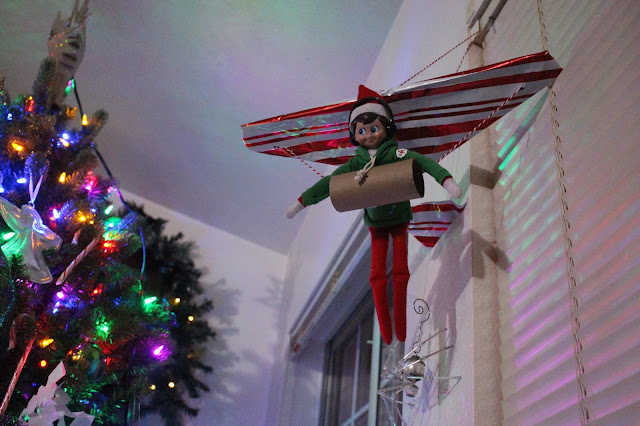 The next night, Dad decided that Jack had to have an accident, So my hang glider ended up meeting the blade of our ceiling fan and Jack was left in a precarious position. 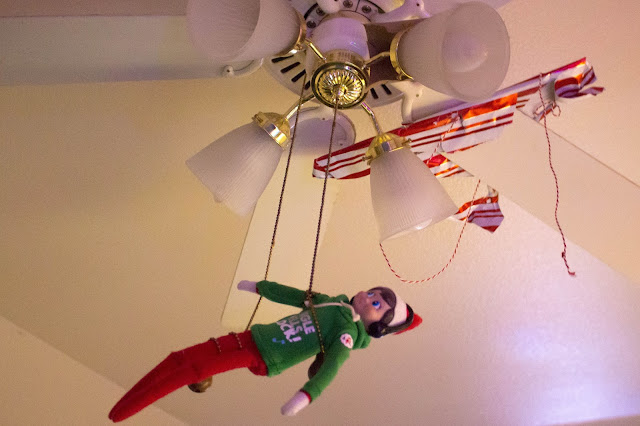 After Jack's rescue following his unfortunate accident, Dad also decided that Jack had been injured and would need a few days of R&R. 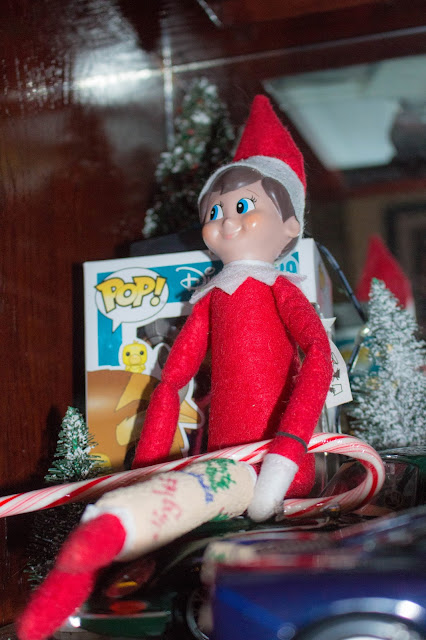 One night, Jack popped up in the kids bathroom. 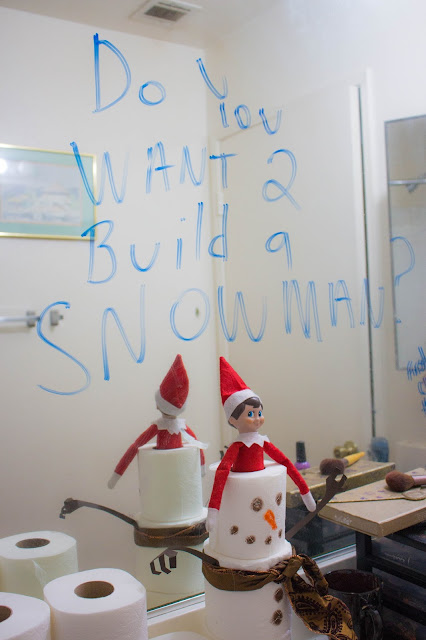 However, as I rarely go into their bathroom, I was completely flabbergasted by what I saw.  Toilet paper cores all over the floor behind the commode, paint and toothpaste spatters in the sin,  Dirty clothes on the floor beside the tub, makeup covering the counters and spots all over the mirror.  It was absolutely disgusting. So, Jack left a not so subtle message for the kids. 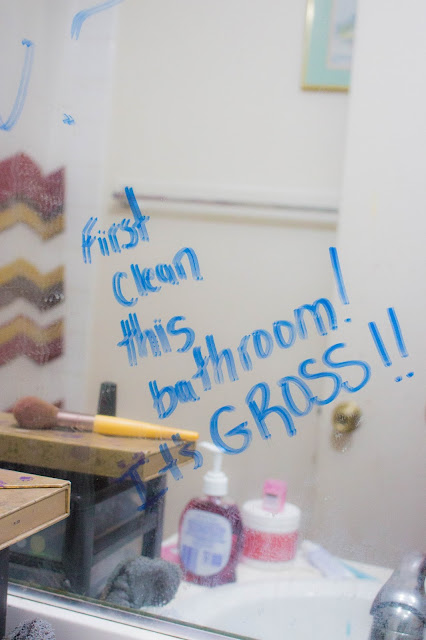 Honestly, I think Jack might have to leave messages throughout the year, because as soon as the kids woke up at 7am and found Jack and the message, they began cleaning their bathroom, including sweeping the floor.  They did erase the 2nd message from the mirror so that mom didn't know that Jack said the bathroom was "Gross" though. LOL

This particular night was the night of the Supermoon.  So, after everyone was in bed, Jack decided to break out the small telescope and take a look for himself. 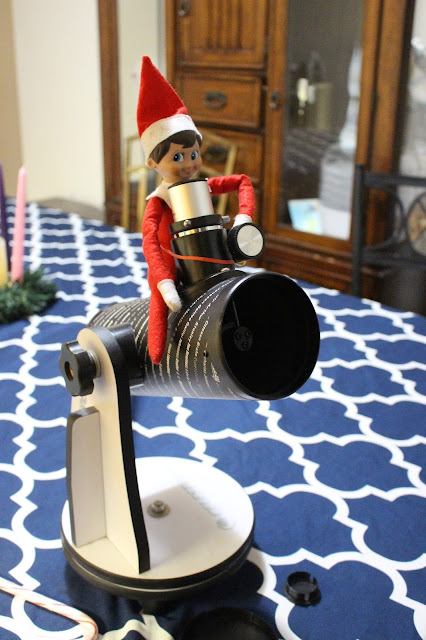 The following night, to continue with our science them, Jack decided he wanted to do some microscope work for our science classs. 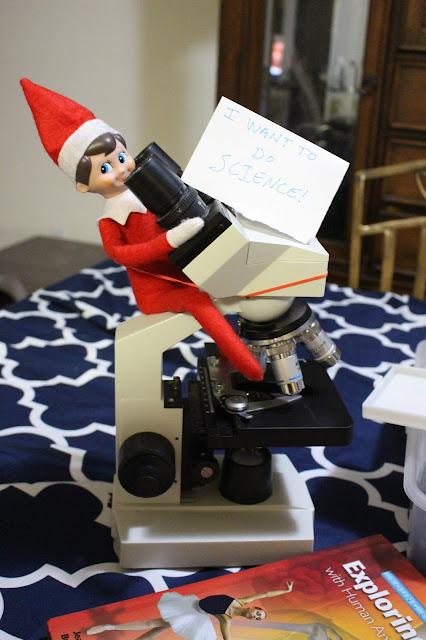 Garrett has recently learned how to play Battleship, so we knew he would get a kick out of finding Jack playing it.  Ashleigh would be thrilled to find her stuffed animal playing as well. 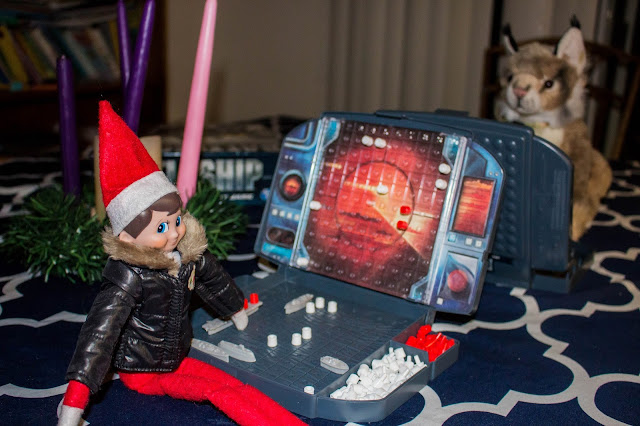 I wasn't feeling very creative this particular night, so Jack just got put in a large canning jar along with a note.. To add a special effect, I ran a qtip with peppermint oil along the inside lid.  That morning, I was forced to smell an Elf fart as the kids declared it smelled like candy. 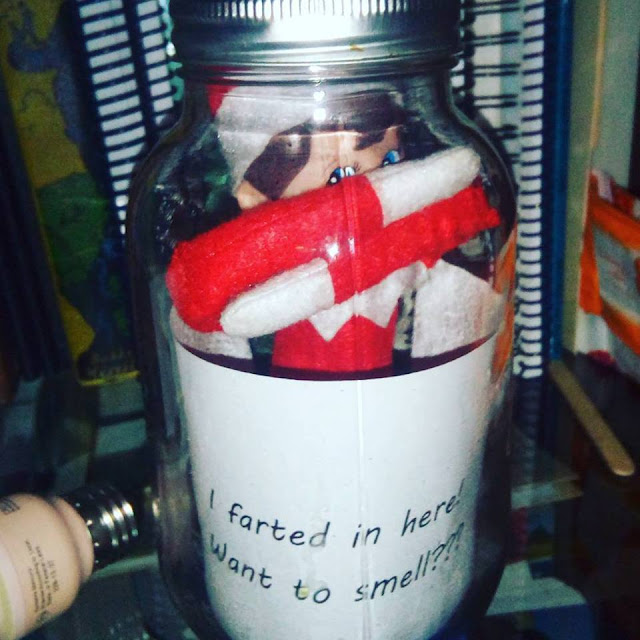 Enjoying a spin in the Corvette around our dining room table. 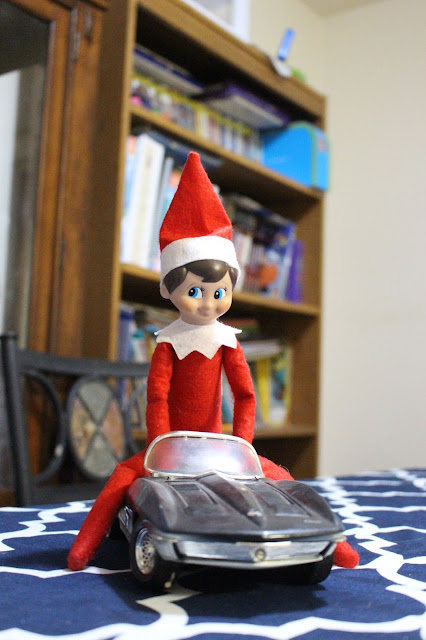 Hiding out in the freezer, eating all the ice cream. 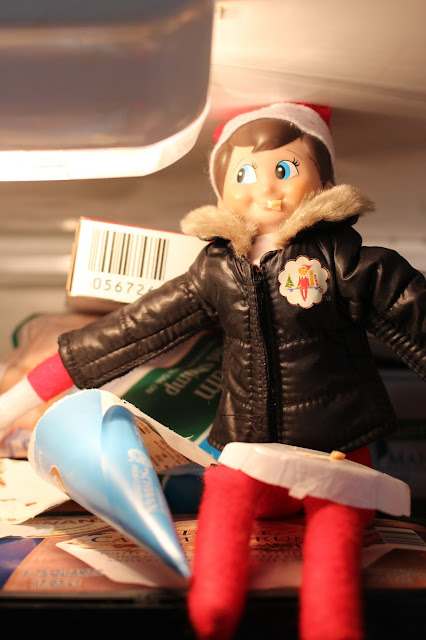 One day we came home from the DMV only to find that Jack had tied up Blade (a demented doll from the Puppetmaster series) up and then Jack sat on the couch to watch TV.. 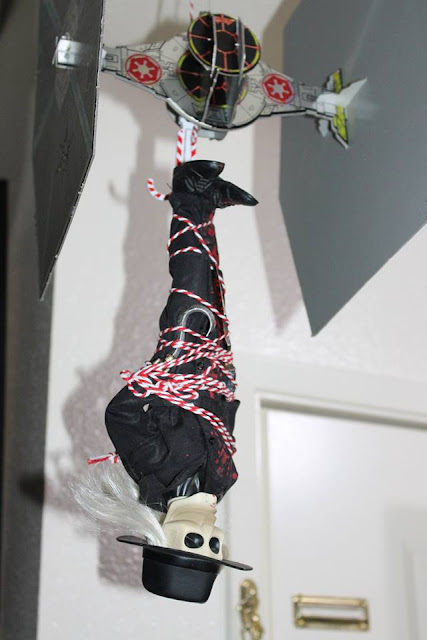 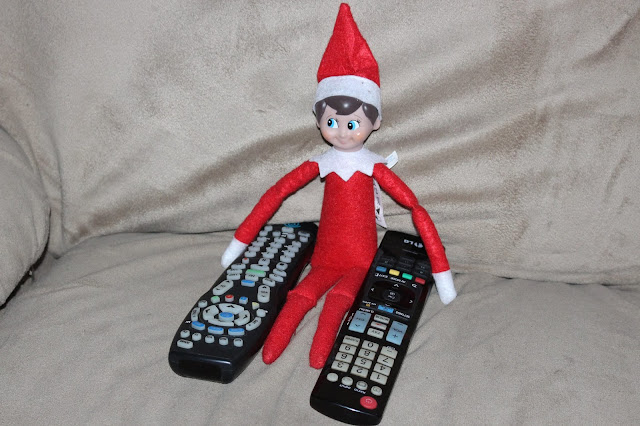 Jack is NOT impressed with the cookies. He obviously doesn't know where we hid the gingerbread and grabbed a few of Kenny's dog treats instead. 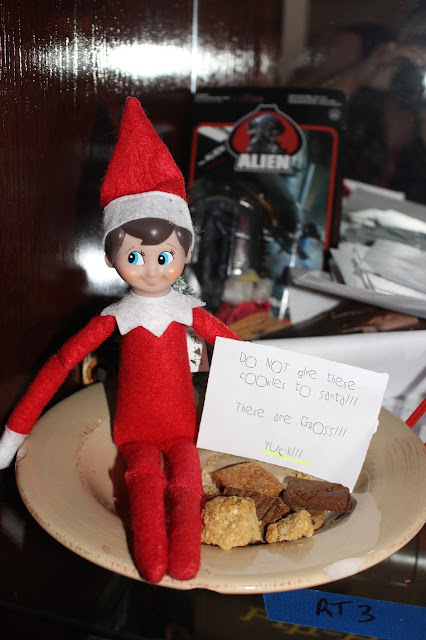 Christmas Day is about the birth of Christ but Christmas Eve is about the magic of belief. I know one day, the magic of Christmas will be gone for these two...  Santa, flying reindeer and Jack the Elf will be just a silly notion of childhood... But for now, they still believe and I am okay with that because the love and innocence that is expressed by something as simple as telling a plastic and felt elf goodbye bring a bit of magic to my own holiday as well. 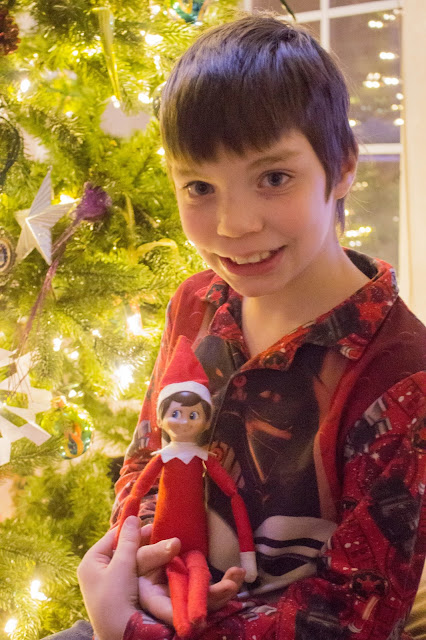 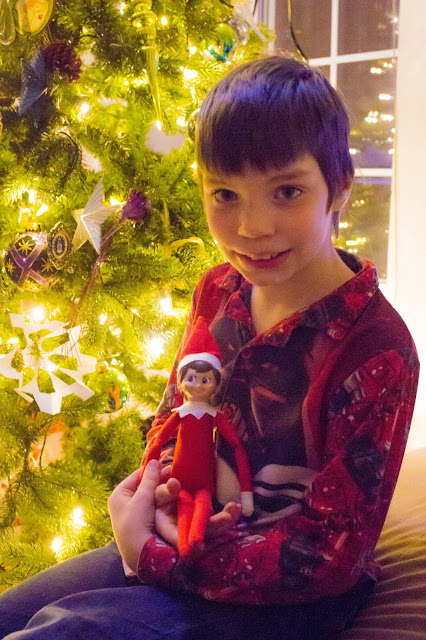 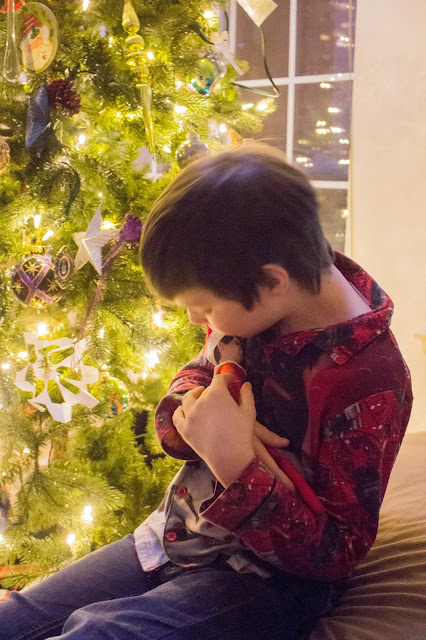 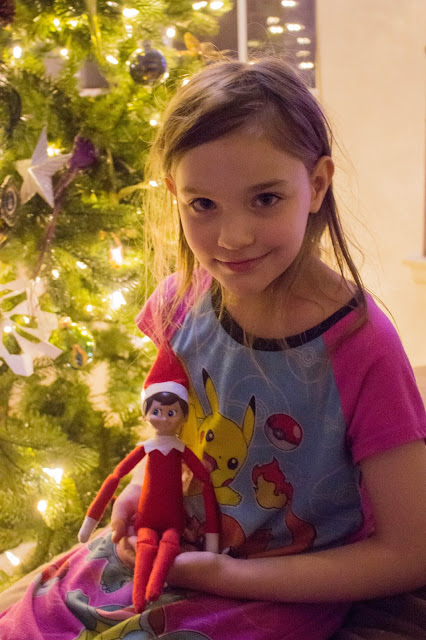 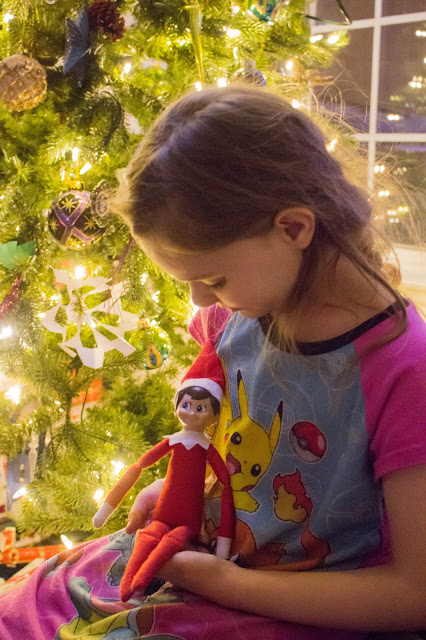 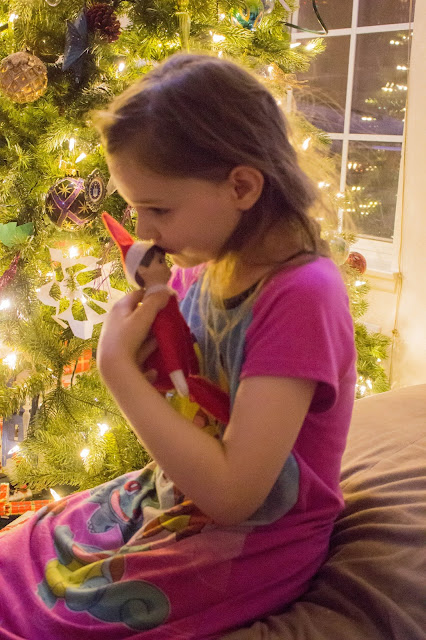 Over the years, we've had some pretty cool memories with Jack.. Like this time in 2015 when the kids were instructed to make snowflakes. So they spent part of their school time making beautiful paper snowflakes to decorate the house with. 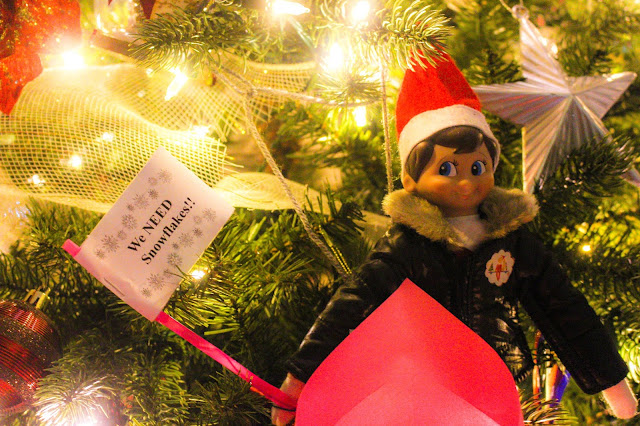 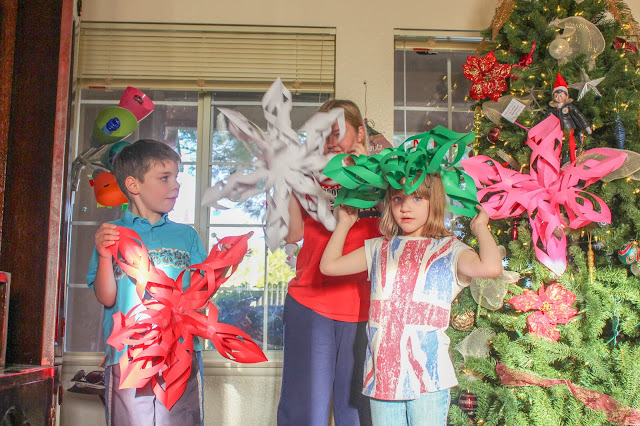 Jack isn't always Sugar and Spice and Everything Nice though.. There are nights he might pull a prank, like the time Garrett woke up with the word "turd" on his forehead and Jack with a sign that read "Ashleigh did it" and Mom's liquid eyeliner right beside him. 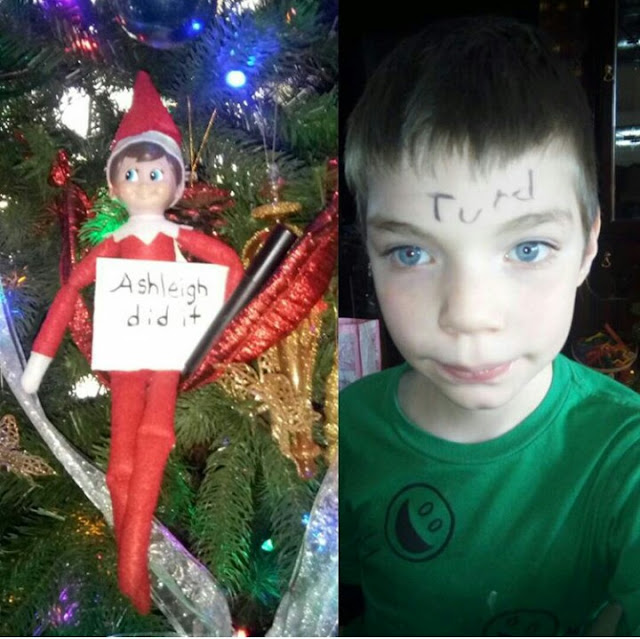 But overall, he's nice.  The kids really enjoyed the day Jack had a spa day, including marshmallow "bubbles" that they could nibble on throughout the day. 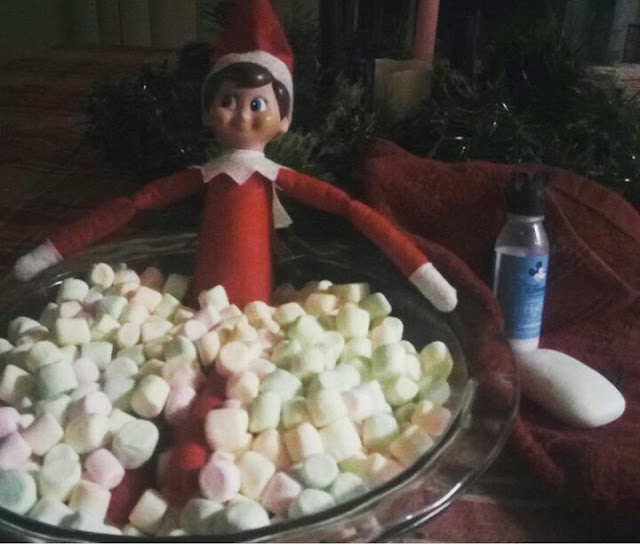 He's also been known to get into a bit of trouble, like when he got stuck in the tree. 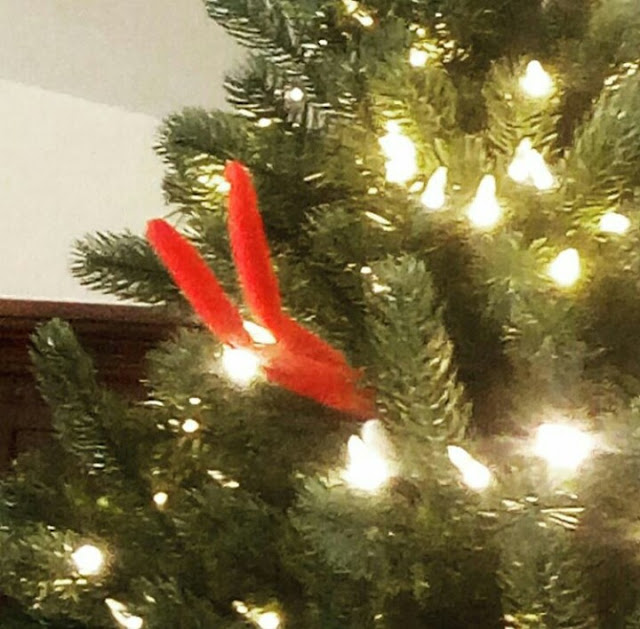