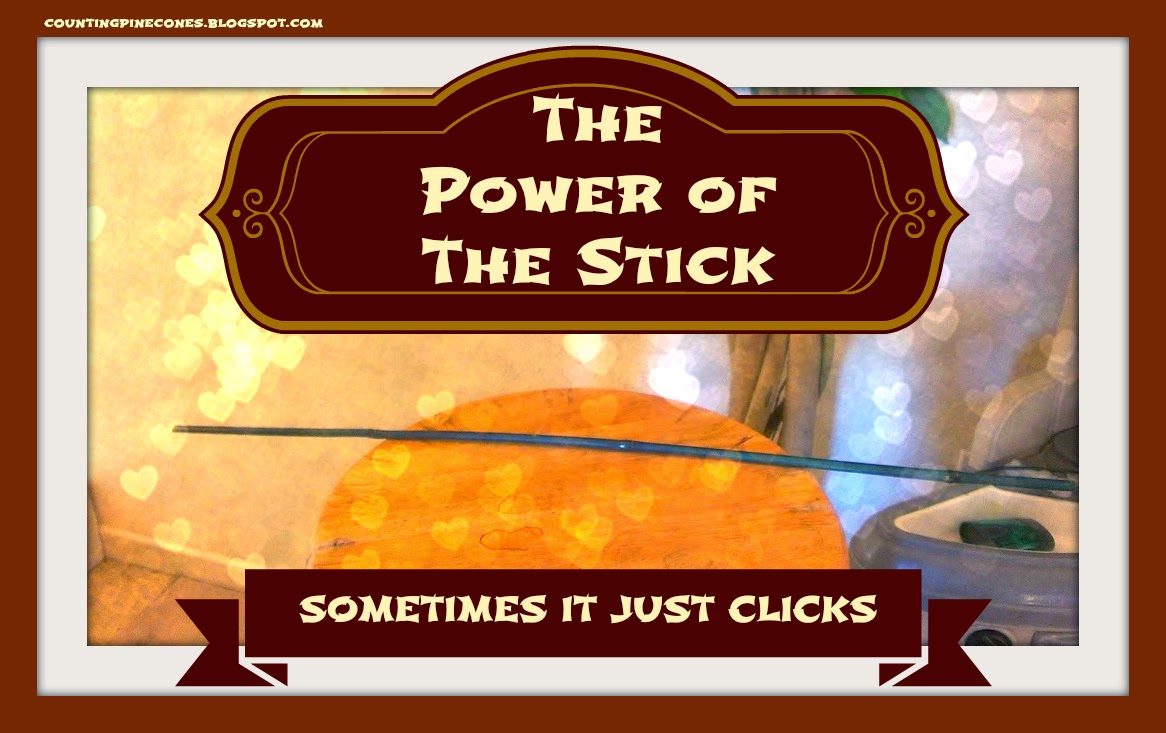 Trying to teach two kids with very different learning styles can be a pain.. I try to figure out ways to engage both of the on the subject we're working on but sometimes once will dig their heels in and fight against everything I'm doing, no matter what. Today was one of those situations.

Last year, Garrett was the one who baulked at everything I tried to teach him, to the point I just threw my hands up and said the heck with it, I would hold him back a year and start him over as a first grader this year. I've known a few homeschool parents who pass their kids no matter what and say "they will get it eventually" and I think this does a huge disservice to our kids. I know of 5th graders who can barely read a simple sentence and their parents are okay with this.. I don't want to that to be my kids..

That was why I decided to hold Garrett back from 2nd grade and start over. He just wasn't ready for 2nd grade. He couldn't read and he couldn't write.. To say he was a 2nd grader on any level was a lie and I wasn't going to do that.  Now Garrett is performing where he should be at at this point in 1st grade but its Ashleigh who's being difficult..

Today I printed out a dot to dot for the kids to work on as part of the morning drill. It wasn't anything too complicated, just a simple page with a Skip by 2, Skip by 5 and Skip by 10 drawing all on the same page. We've been working on skip counting alot with our morning drills, although we hadn't really covered it in our math book just yet, so maybe I was expecting too much from them or maybe my math curriculum isn't up to par with what I think it should be (It doesn't begin to touch skip counting til Unit 5 and we're currently on Unit 3). Garrett got through the dot to dots rather quickly as he's been picking up the concept but Ashleigh wasn't having it.. AT ALL!! Typically, she just copies what Garrett says during drills... Sometimes I make her answer and she will get it correct but usually with coaching.. Today I wanted to see if she could actually do it on her own..

There were a lot of tears and frustration and a serious meltdown, more than I have had so far this year. For the first time this school year, I had to send Ashleigh out of the room until she calmed down. Upon her return she informed me that she did not like the dot to dot, she did not like skip counting: it was too hard. I tried to show her the repetitive patterns, she wouldn't listen. She didn't care, she had made up her mind that she did not like it and did not want to do it..

I thought maybe I could print out another set of worksheets, something that showed a number line to help her see how the skipping worked..  I ran to my printer, printed out two sheets with nice eyepopping graphics to
try to get her attention.... Surely the pretty hearts that she loves so much would entice her to fill out the worksheet properly. She scribbled all over it then flailed her arms and legs when I tried to get her to write actual numbers rather than blobs of whatever..She shut down completely and would have nothing to do with anything I was saying.

Today it was mom who learned the lesson...

We've all been there I'm sure.. That point where you wonder what the hell was I thinking to take on this task of educating my children when I have no background in childhood education myself. One would think with a college degree (granted, it's in medical sciences) that the basic fundamentals of elementary education should be easy.  It is easy FOR US!!  But sometimes we forget that we've been knowing this stuff for a long time (in my case, I was in 1st grade 35 years ago!!) Of course it's easy for me and then I sit and wonder why my kids can't understand something so basic and I get frustrated and they get frustrated and before you know it, we're both getting absolutely no where fast. 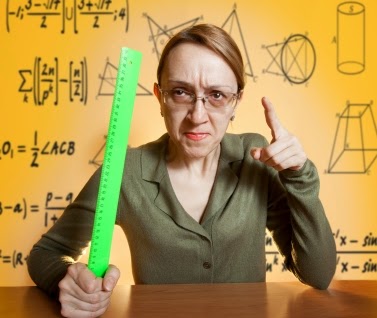 I have this green stick I use while I'm teaching that I use as a pointer (No! I don't hit the kids with it like the ole 17th century school marm, I swear.. lol). It's nothing special, just an unused stake that i had lying around for my tomato plants that's probably 2 1/2 foot long.. I use it alot to point to where we are on the paper, to bring their attention to a particular word or the problem we are working on, as they like to work on the floor of the living room instead of the table and I'm NOT getting on the floor with them..

In my frustration of repeating the patterns of skip counting, I put the stick across my head, hands on both sides and started swinging my head back and forth with each number.. Suddenly, the tears stopped and I heard a giggle.. The next number, I swung my head the opposite direction.. more giggles.. Next number.. next swing.. more giggles..  I'm starting to sense a pattern here...

On the next number, I made them figure it out.. A few guesses and the correct answer popped out of their mouth.. and I swung my head the opposite direction..and laughter ensued.. A few more guesses, a correct answer, the head swings.. more giggles.. Then the answers were no longer guesses and my head was swinging back and forth at a regular pace and the giggles were almost non stop.. Suddenly, they were skipping by 2's like pros.. Could this continue??

We skipped by 5s.. like before, a few mistakes to start with and then my head was swinging back and forth with the stick like crazy. For nearly 45 minutes I had tried to teach this while amidst  the meltdowns and tears and here a bit of goofiness out of my own frustration had accomplished it in less than 5...

We moved on to Skipping 10's... they were ready.. I didn't have to teach it at all, to be honest.. They figured it out on their own and started shouting answers out in order while their sides were hurting from all the laughing.. They skipped all the way to 220, well past the 100 that the handout required.

The kids learned skip counting but mom learned an even bigger lesson today.

That sometimes, the best lessons aren't in any books but instead come from the least expected source. Not only that, but sometimes we get so caught up in the simplicity of a particular assignment that we get frustrated when they do not get it as quick as we believe they should. I'm sure my frustration with Ash's refusal to cooperate contributed to the problem.  But when I had had enough, was at my breaking point, a simple act of silliness brought it all into focus for all three of us and what I believed to have been a ruined day turned into something magic..