Tamales.. My family loves them but at 8 bucks for a half dozen, it gets very pricey to buy them at the commissary here on base..  This week, when I checked the local Aldi's ad, I saw that they had pork roast, corn husks and mesa all on sale and I was like "You know what, I want to try to make my own".. My husband was a bit hesitant - I mean, when you think of people making tamales, you think of an old Hispanic grandmother painstakingly rolling them with love.  We always thought it was a difficult process.  However, I was determined that I was going to make tamales!!  And so on our shopping trip, I bought the things needed for my first attempt.

Making tamales turned out to be a really fun experience for all of us and became a family activity.  After putting the pork roast in the crock pot on Saturday night at 7pm and allowing it to cook until about 5pm the next day,  I shredded the pork, made a chili pepper sauce and then mixed up the mesa.  We brought out the corn husks that we had soaking for 4 hours and then we got to work.

In all, we ended up making 52 tamales.  We probably could have made more but as this was our first attempt and the two little ones were helping, we had some pretty fat tamales that could have been made into two.  It turned out to be lots of fun and once we steamed half of what we made (the other half went into the freezer for later), we sat down at the table and enjoyed our creation. We all admitted they turned out way better than we would have expected and that they tasted WAY better than store bought. We might not be old Hispanic grandmaws, but I think we did a great job and we will never buy store bought again.

And yes, I let my kids sit on the table so they could make some as well.. I promise, we cleaned it off afterwards LOL 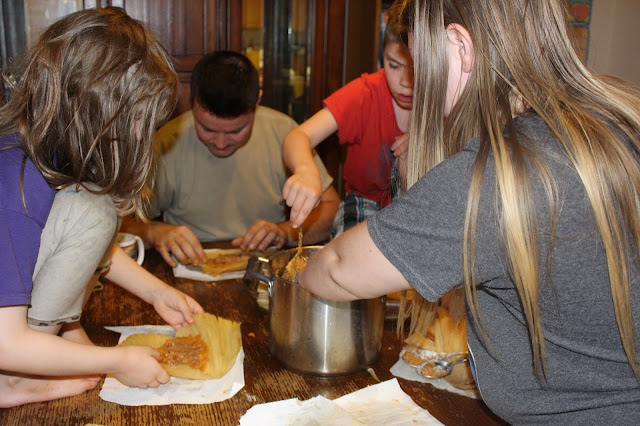 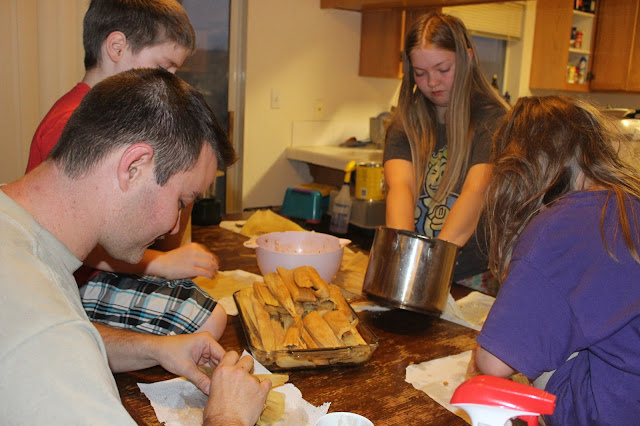 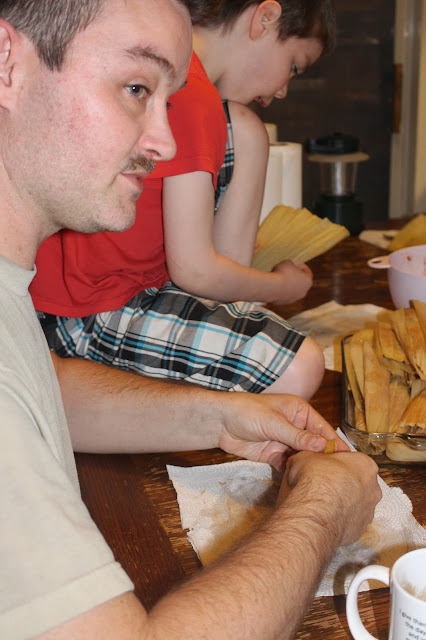 Posted by Brenda Prince at 1:54 PM