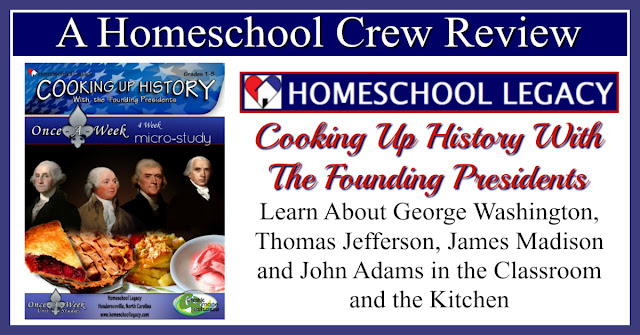 These last few weeks, the kids (and myself) have been having a blast learning a bit about four of the founding fathers of our country as we worked through the digital download of Cooking Up History With the Founding Presidents Once-A-Week Micro-Study from Homeschool Legacy.

Homeschool Legacy is a company that I was already very familiar with. Last year, the kids and I had a 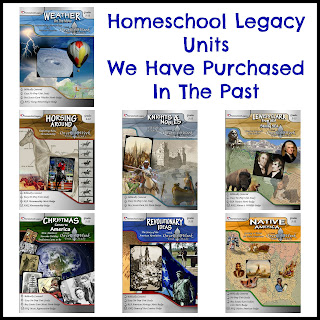 great time using their Christmas Comes to America Unit Study and we have used other non-holiday themed studies such as Native America, Lewis and Clark, Knights and Nobles and horses and I have a whole bunch of others that I plan to use later down the road.

One of my favorite draws to these particular unit studies is that they are completely planned out, from start to finish.  Each week has the complete lesson planned out as well as a list of books and movies that can be Incorporated into the study.  I also really like the fact that they are very short - taking about 20 to 30 minutes two to three times a week.

For those participating in American Heritage Girls or with Boys Scouts of America, the longer Once-A-Week Unit Studies (not the Micro-Studies) allows for fulfillment of merit badges for completing the study 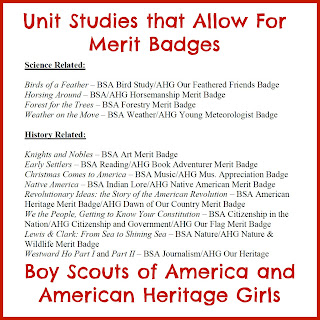 For this particular Micro-Study unit. each week focuses on one of our countries founding Presidents  (and their First Ladies) . 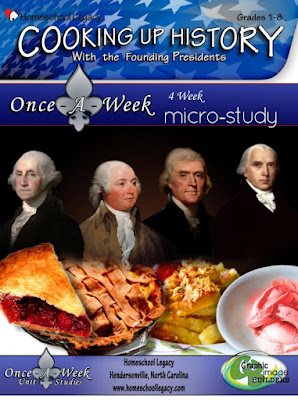 Week one focuses on George and Martha Washington and the many accomplishments of our first President, "First in War, first in Peace, and first in the hearts of his countrymen".  From leading the American Revolutionary Army to defeat Great Britain, to his 5,000 acre home at Mount Vernon, and ending with one of Washington's favorite indulgences - the classic cherry pie.

Week Two focuses on John Adams who lead the charge for American Independence and who severed as the Massachusetts delegate to both the First and Second Continental Congresses as well as the first ambassador to Great Britain.  This week also covers a bit about John Chapman (AKA Johnny Appleseed), Samuel Adams (John's cousin) and John's wife, Abigail Adams.  This lesson concludes with a recipe for Abigail's Apple Pan Dowdy.

Week Three teaches about Thomas Jefferson who was a man of many accomplishments.  Jefferson excelled at many different fields of study such as horticulture, architecture, law, and music, served in many various positions in our new government, as well as being the author of the Declaration of Independence.  In addition to learning about these various accomplishments, students also learn about the Monticello (his home in Virginia), and different words used in our vocabulary today that were a result of Jefferson's writings.  As a homage to Jefferson, a recipe for Macaroni and Cheese is included.

Finally, Week Four teaches about James Madison and his wife, Dolley. We learned that Madison was rather small in stature (5'4'' and only 100lbs) but accomplished big things.  From drafting the prototype for the US Constitution, developing a system of governmental checks and balances, writing the Federalist Papers that explained our republican form of government, students learn that Madison was very important in molding our country into where we are today.  While Dolley Madison's favorite ice cream flavor was Oyster flavored, luckily students are invited to make a vanilla ice cream at the end of this weeks lessons.

For each of these weeks, the kids and I checked out biographies about each of these founding fathers from our library to read in addition to the text included with the lesson.. Also included with the lessons were links for videos and outside websites (all family safe) to research more about either the President, his family, or topics that relate to them (such as the ratification of the Twelfth Amendment while learning about  John Adams).  While we weren't able to make the cherry pie at this time (we are planning on saving it for Thanksgiving), we did make the Macaroni and Cheese recipe, which calls for cooking in a cast iron skillet..  This quickly became our new favorite Mac and cheese recipe!!   Unfortunately, it was so good that it was devoured before I thought to take a picture. LOL 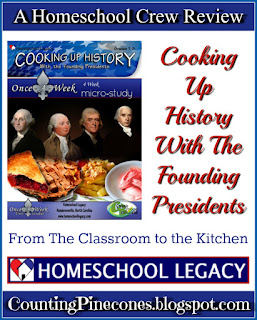 This turned out to be a great learning experience for the kids and definitely a unit study that we will revisit a bit later down the road.

To learn more about Homeschool Legacy and their many Once-A-Week studies, visit their website or find them on facebook at : https://www.facebook.com/homeschoollegacy/ .  Also, be sure to click the banner below to read the reviews of other crew members who got to use one of 6 different studies and see what they thought :)

Posted by Brenda Prince at 9:28 PM