We've been having alot of fun this week getting ready for Thanksgiving. I had originally planned for the kids to have this week off but since we didn't do much as far as schoolwork last week, this week we are playing a bit of catchup.

Yesterday we started the day with something fun. We sat and watched "A Charlie Brown's Thanksgiving". The kids have never watched any Charlie Brown before so this was a new experience for them. Garrett is not much for watching anything on tv but he really enjoyed watching this. Within minutes they were both laughing at the antics of Snoopy and Woodstock. It's something completely magical to share something from your childhood with your kids and actually have them enjoy it and the surely no longer make cartoons the way they once did.

After watching Charlie Brown, we followed up with "The Thanksgiving That Almost Wasn't".. Another oldie from 1972. The kids didn't seem to like this one as much as they enjoyed Charlie Brown but they still watched it.  We were able to discuss how the Pilgrims almost died however the Native Americans came to their rescue and showed them how hunt, gather and grow food. As the kids do enjoy Native Americans and anything that has to do with them, this caught their attention enough to keep them somewhat interested in the video.

Craft time.. Last week, while we were sick, we looked over a few various crafts involving Thanksgiving and the kids picked out a few various things. The first one we decided to try was the coffee filter turkeys. The kids had a blast coloring the coffee filter (we didn't have water colors in order to paint it so crayons would have to do) and gluing the various parts on the turkeys. 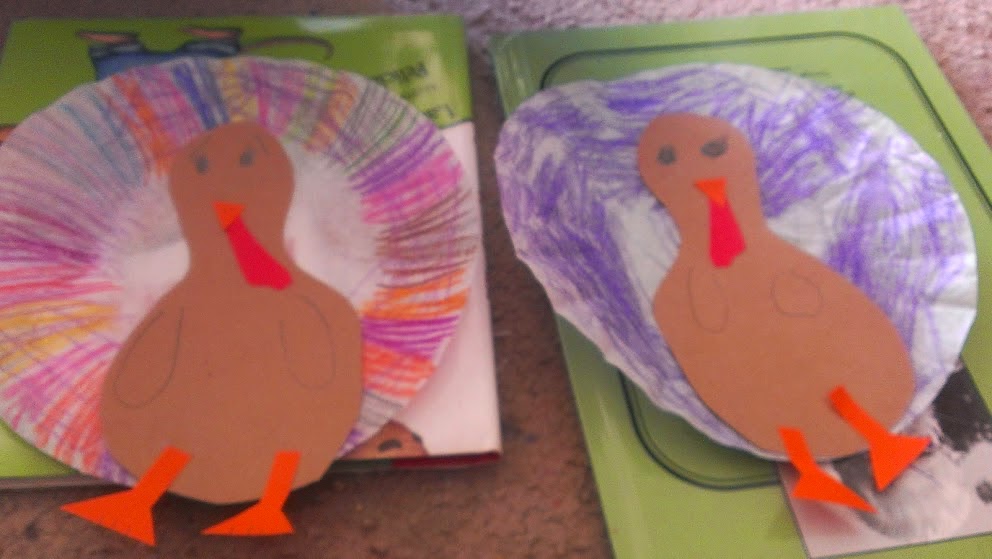 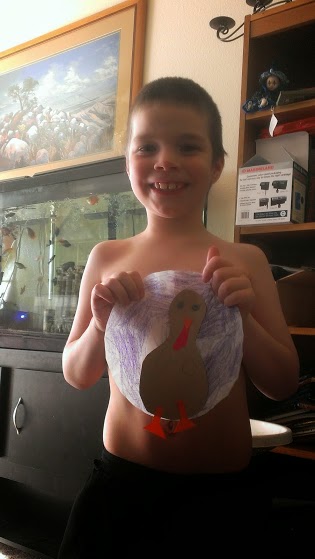 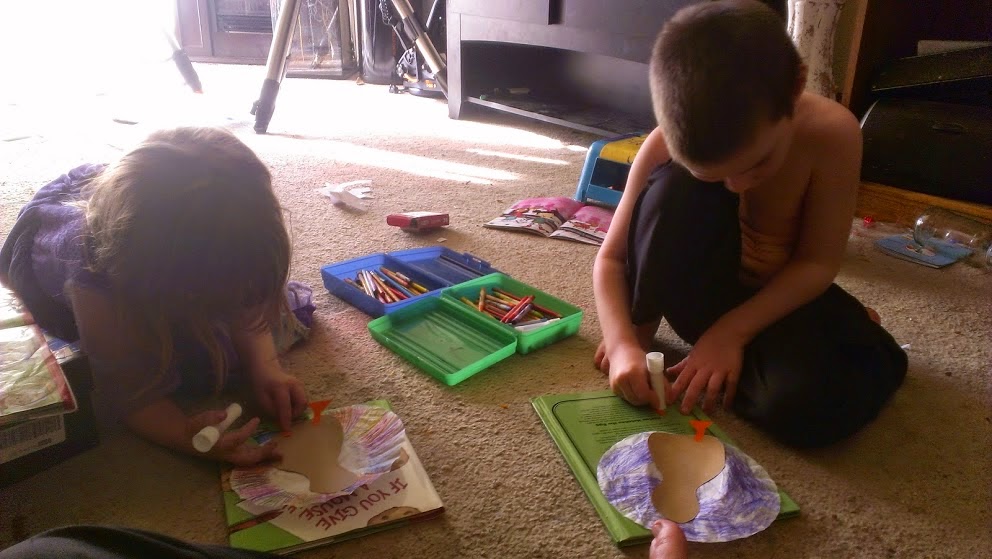 Yesterday and today we decided to work on a new way of doing our addition and subtraction so we threw in a few "Turkey Trots" into our usual mix. We haven't really worked with number lines before but the kids picked it up very quickly. We will be doing "Turkey Trots" for the rest of the week. 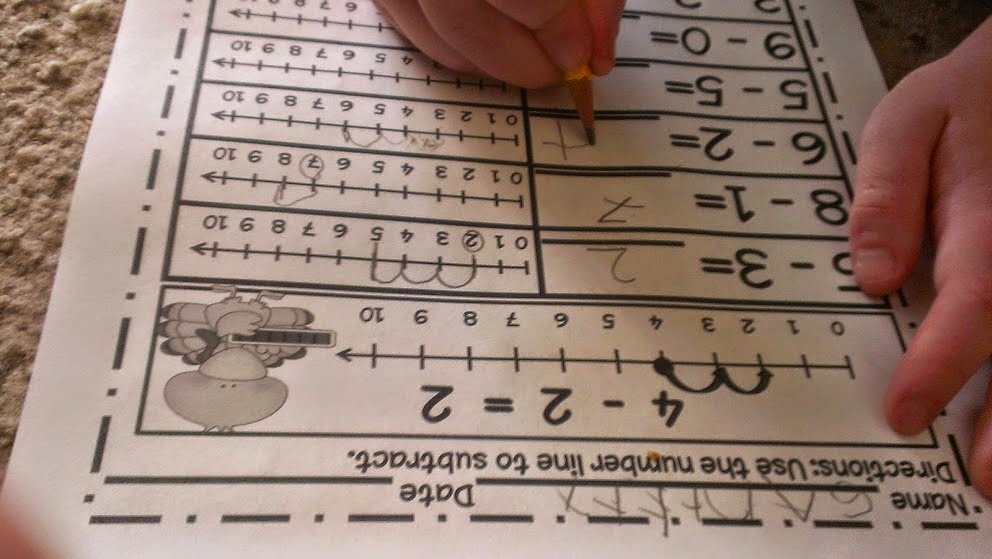 Since the kids have been enjoying "Color by Numbers" so much lately, we threw in a new one today. This one was a bit more complicated compared to what they are use to, as so far we have only worked on single digit addition and subtraction. This particular worksheet had a mix of single and double digit subtraction equations. Kids actually did really well with it once we brought out our trusty manipulatives. We spent a good hour working out the multiple problems on the sheet but the kids didn't seem to mind much. 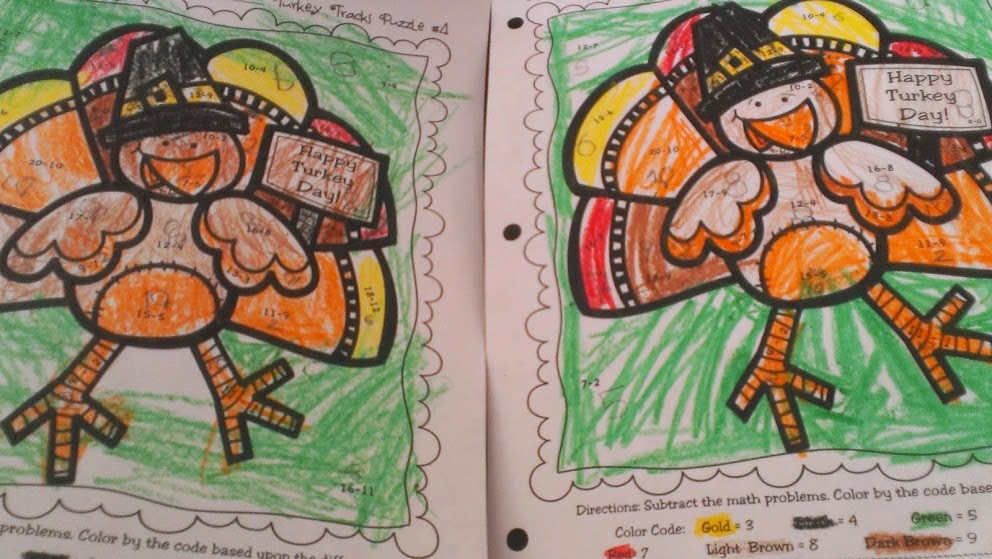 I'm hoping the rest of the week we can throw in a discussion about the Mayflower and the Pilgrims coming to Plymouth and a bit more in regards to the first Thanksgiving.