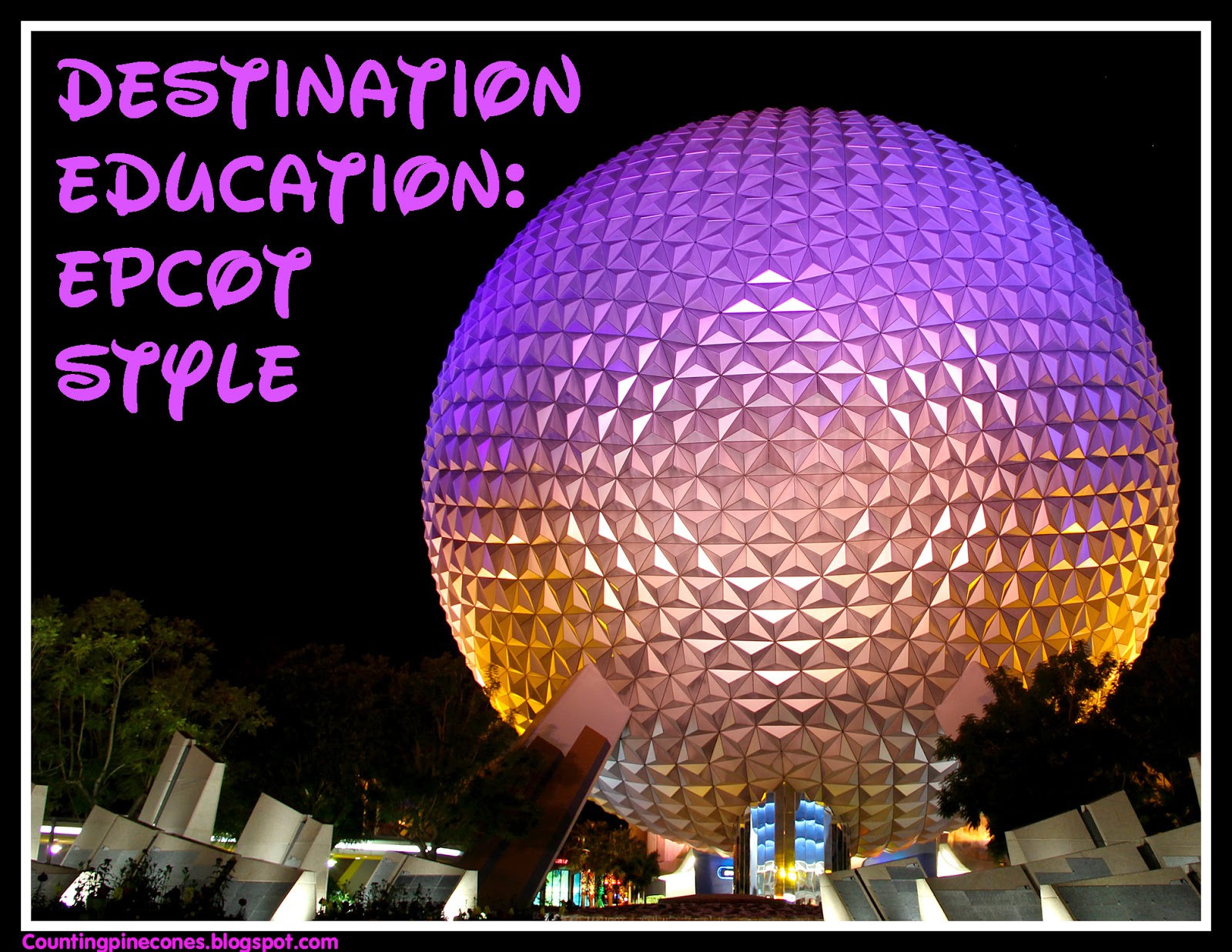 Welcome to Part 1 of my series “Homeschooling for Disney World”. I will be posting these discussions weekly leading up to my own family's trip to Disney World in June.

For the month of January and the first part of February, I will be tackling the World Showcase at Epcot. Each week I will select a country for our discussion. First, I'll give you a brief overview of the country's pavilion, such as what you will find there, what type of shopping and dining you will find – basically your tourist book rundown of each area. Then I will actually delve in depth in regards the possible lesson topics one can study before visiting them with your own family.

When one begins to talk about educational opportunities at the Magic Kingdom, most peoples minds instantly go to Epcot. This isn't surprising: eleven countries are represented around a beautiful reflective lake making a stroll around the world completely possible. From left to right, the countries represented are Mexico, Norway, China, Germany, Italy, The United States, Japan, Morocco, France, The United Kingdom and Canada. Each country has a pavilion that does a great job representing each country and most of the workers at each pavilion are from the country the represent.

Upon entering the World Showcase from Future World, I tend to travel from right to left. This is because most people visiting travel the opposite direction, making it possible to avoid the masses to some degree. 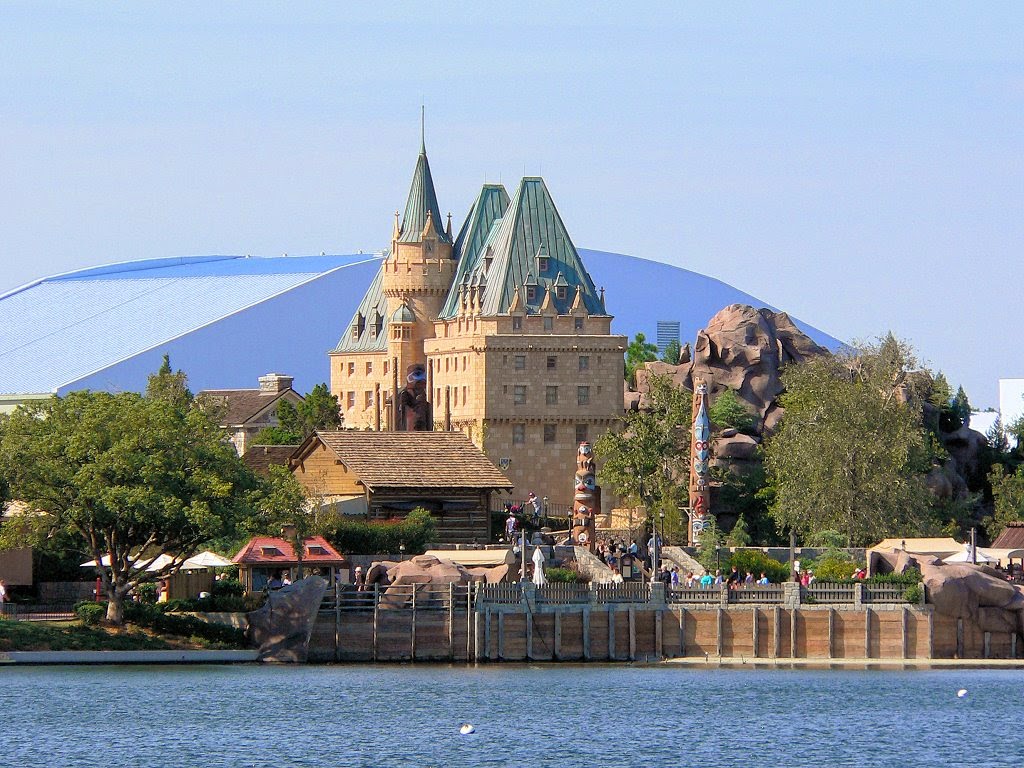 The first stop on our virtual education tour is the Canada Pavilion. Representing our neighbor to the north, this pavilion displays various landmarks, sale items and souvenirs from the 2nd largest country in the world. (The Largest Country, Russia, is not represented in the World Showcase at Epcot).  Canada itself is made up of 10 provinces and 3 territories.  The ten provinces are Alberta, British Columbia, Manitoba, New Brunswick, Newfoundland and Labrador, Nova Scotia, Ontario, Prince Edward Island, Quebec and Saskatchewan.  The three territories are the Northwest Territories, Nunavut and Yukon.
Attractions:
As of 2014, The Canadian Lumberjack Show performs at the Canadian Pavilion. (No more Off Kilter.. ) I have yet to see this show so I have nothing to report on it.

O'Canada - In the Maple Leaf Mine located inside the Rocky Mountains, the 14-minute motion picture presented in CircleVision 360' highlights Canada's natural beauty, cities and diverse populace, and is hosted by Canadian actor Martin Short.

Le Cellier (the Cellar) offers sit-down dining featuring steaks and seafood paired with the wines and beers of Canada. Be sure to try the poutine and the cheddar cheese soup. Unfortunately, it is the only dining option in the Canada Pavilion and it is one of the most expensive restaurants in the Disney World Resort.


What Can We Learn From Canada


The way I introduce my children to each pavilion is to start with a quick visual introduction to the Pavilion on youtube. Ithemepark makes some great videos that capture the site and sounds of the pavilion we're studying. For the Canada Pavilion, I recommend 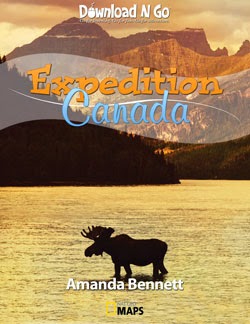 Once my kids get a good look at the pavilion, I move on to an actual Geography/History unit on the country we are visiting. I highly recommend using unit studies by Amanada Bennett when they are  available. Expedition Canada is part ofthe Download and Go one week unit studies and are perfect for a quick five day tour of the country. These units run $8.95 but keep your eye out for specials on their website. It's not unusual for the geography and expedition units to go on sale for $5/each.  I really like these unit studies because they cover alot different topics, not just geography. This particular unit touches on How Canada got it's name, Niagara Falls, various animals found in Canada, Leif Ericsson, the invention of the zipper, and the Northern Lights to just name a few things. They really are great unit studies for younger children. ( I should mention that I am not affiliated with Amanda Bennett or Unit Studies, I just REALLY like their offerings.)

Now your kids have a good grasp on the country itself and they are ready for the actual exploration of the pavilion.

The Canada pavilion is a mixture of rustic Native Indian villages, an ornate French-flavored chateau, the Scottish influence of the Maritimes and the ruggedness of the Canadian Rockies. The crowning jewel of the Canada pavilion would be the Hotel du Canada (Hotel Canada) which represents Eastern Canada. Hotel du Canada is modeled after Ottawa's Fairmont Chateau Laurier which was designed in the French Gothic Chateauseque architecture style in order to complement the adjacent Parliament buildings. Hotel du Canada offers up two possible lessons:

Western Canada is well represented with the Rocky Mountains and the thirty foot waterfall. As mentioned above, the Rocky Mountains section was created using Forced Perspective. The plants at the bottom are much bigger than the ones at the top, in fact, the higher you go, the smaller the plants. This makes the Rockies look larger and taller than they really are. The Rockies also show the Canadian seasons, with snow in the mountains in the winter. Disney horticulturists plant all white flowers during winter months to give the appearance of snow on the ground. As spring approaches, white flowers remain in shaded areas (to look like lingering snow) and are replaced in the central areas with colors.

The beautiful gardens in front of Hotel du Canada and the Rockies were inspired by the famous Butchart Gardens near Victoria, British Columbia. Located in Bentwood Bay, the Victoria's Butchart Gardens were originally a cement plant. Jennie Butchart, the wife of Portland Cement owner Jimmy Butchart, decided on making the exhausted limestone quarry into a sunken garden. The project was started in 1909 and was completed in 1921.


To the left of the pavilion, you'll find The Trading Post that sells authentic Canadian merchandise as well as Disney souvenirs. This store is themed to look like a Native Canadian longhouse, and three totem poles can be found directly across from it. At The Trading Post you will find authentic maple syrup, maple candies, tea, and cookies, handmade native jewelry, Maplefoot Babies stuffed animals, Anne of Green Gables books, BOMA totem poles, and faux raccoon and skunk skin caps. Outside the Trading Post you will find three totem poles. Two of the poles are made of fiberglass and were designed by Disney Imagineers. However, the third totem pole was designed by David Boxley, an internationally recognized Northwest Coast Native artist and culture bearer of the Tsimshian tribe. Boxley's totem is an authentic work of art carved from a 30 foot tall cedar log. The totem tells the story of “Raven” tricking the “Sky Chief” into the release of sun, moon and stars from a chest.

There is a plethora of educational possibilities attached to this particular area of the Canadian pavilion in regards to the Native American people.

I mentioned last week that many of the employees at each of the World Showcase pavilions are natives of the country to which they represent. Most come to Florida through a student work program through their schools and universities. These people are almost always extremely friendly and are willing to answer questions in regards to their country. Each country gives you a great opportunity to learn a few words of their language in which to say hello, goodbye, and thank you.  Since Canada has two official languages - English and French - most of the people you meet from Canada will be English speakers and ALL employees of Disney World speak English. However, if you are lucky and one of the employees you meet in the Canadian Pavilion happens to be from Quebec where they primarily speak French, here are a few choice phrases your student can learn ahead of time (you'll use these again in the France Pavilion). 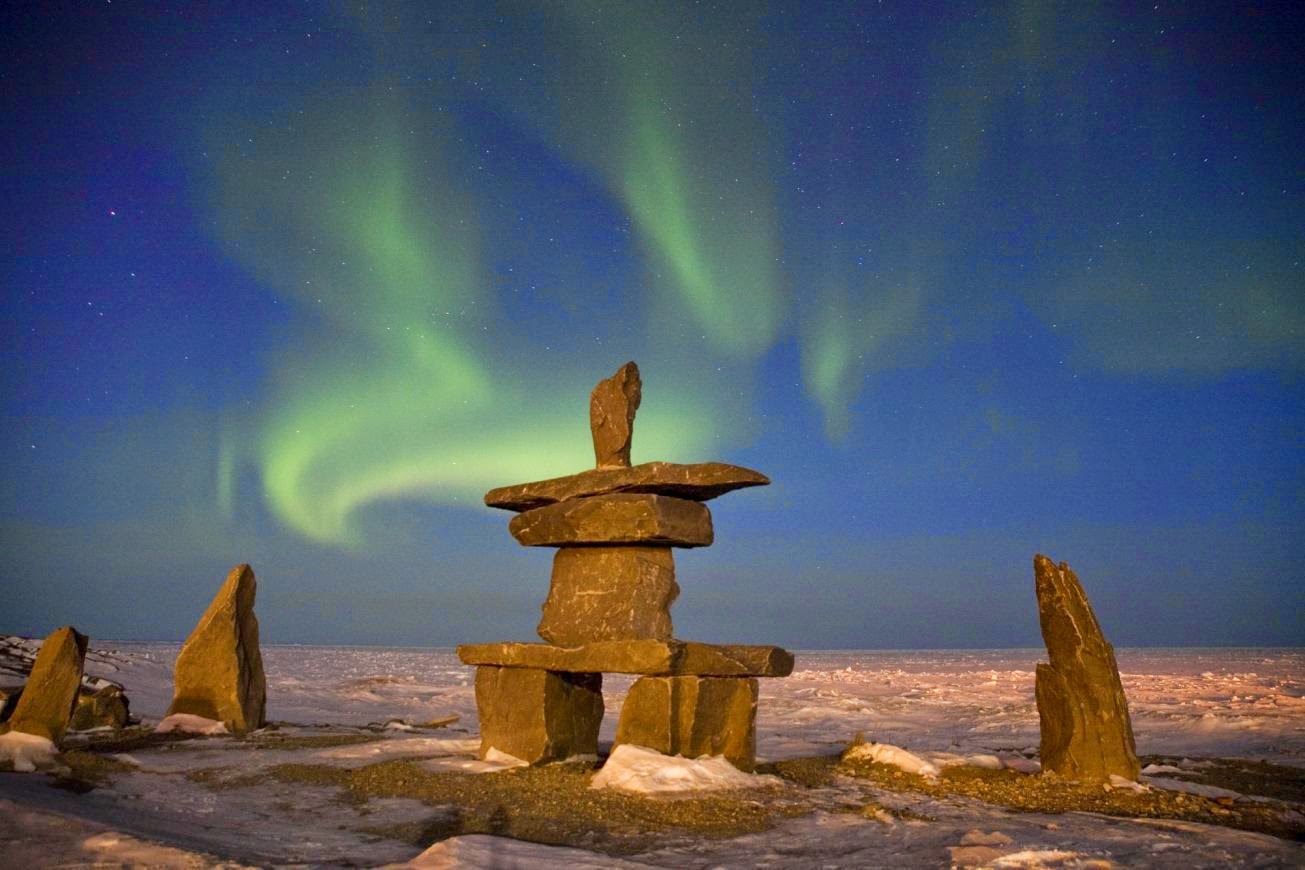 Inukshuks are human shaped landmarks made by the Inuit (Eskimo) people of Canada. They are often used to mark places that are sacred to the Inuit people and are also used as directional aides, mark migration routes of animals or places where fish can be found. Although most inuksuit appear singly, sometimes they are arranged in sequences spanning great distances or are grouped to mark a specific place.

Have some fun with your student researching and looking at photos of various Inukshuks located in Canada. Then, go make one of your own:  collect a variety of rocks from outside (Flat rocks are easiest to stack by you can use any shape) and wipe them clean. Choose a design and start stacking. You might have to try different combinations until you get the balance just right.


Hopefully this will give you some great ideas for discussions to introduce your students to the Canadian Pavilion at Epcot. I do not know your children, so I can only make suggestions as to what are possible topics to work with. If you have any questions, comments or critiques, please, feel free to comment below :)

Next week we will take on The United Kingdom Pavilion.
Posted by Brenda Prince at 2:21 PM

Email ThisBlogThis!Share to TwitterShare to FacebookShare to Pinterest
Labels: Disney