But He Won't Sit Still!!!! (Homeschooling Through Special Needs) 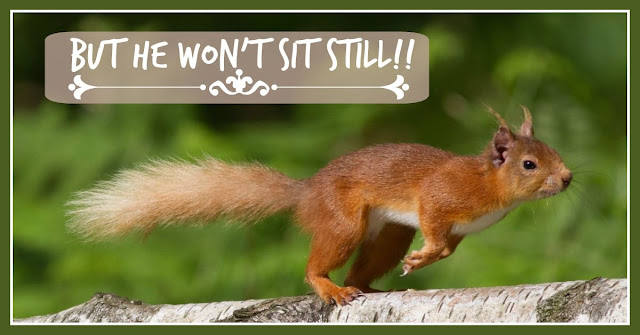 Day 3 of the Back to Homeschool Blog Hop sponsored by the Schoolhouse Review Crew and Homeschool Blogging Connection and today I thought I would change the pace just a bit and talk about something I've had many problems with in the beginning and am willing to bet that a few of you might to - trying to homeschool a special needs child. 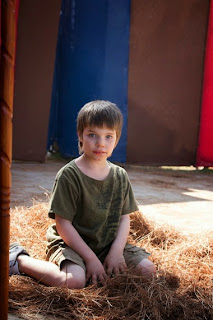 If you're newly discovering my blog because of the blog hop, I'll fill you in a bit. My son, age 8, is a special needs boy.  Garrett is the reason I started homeschooling to begin with - the school where I live did not have the necessary resources in which to teach him. Rather than to ship him to a school 45 minutes away, I opted to instead keep him home and teach him myself.

It's been a long road of discovery for the both of us.  My first year of "Kindergarten" was wrecked with tears and frustration and Garrett wasn't so happy either.  He wouldn't sit down, he wouldn't write, he wouldn't try to read. He wanted absolutely nothing to do with anything we were doing.  I kept beating my head against the brick wall and kept trying to throw the same things at him over and over.  I ended up wonder if I was making a huge mistake and doubting I was going to be able to teach him at all.

It took two years til I realized my approach with my son was completely wrong..  We adjusted and and it has made a world of difference.

My son physically can't sit still during school.  To try to make him usually results in tears and frustration.  So he stands up.  He stands at the table while doing his writing. He stands  while we're going over math problems. He stands and paces while we are doing our reading.  But I've realized he retains much more information when he stands then when he's being forced to sit and instead fidgets.

The second thing we do is we use a diffuser to aerosolize essential oils while we're having class. 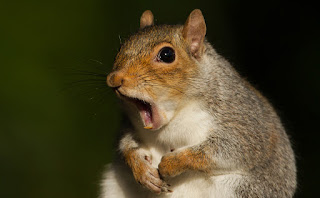 Lavender, Vetiver, and other calming oils makes a huge difference in his concentration. We also use a blend that we call Squirrel :  In a roller ball bottle I mix 22 drops of Atlas Cedarwood, 20 drops of Lavender, 10 drops of  Vetiver, 30 drops of Grapefruit, 20 drops of Bergamot, 10 drops of Frankincense, 10 drops of Sandalwood and 20 drops of Sweet Marjoram and top it off with a carrier oil.  Then I rub a small amount on the bottom of his feet.  My husband thought oils were a crock until I used Squirrel on both kids during our cross country road trip. He quickly became a believer.. LOL

Third thing is to run his energy off.  There are times when he's literally got way too much energy to try to concentrate on trying to do mathematics. By watching for the signs (fidgeting, rocking back and forth in his chair, pacing), he will make it obvious that he's just too wound up to concentrate on what we are trying to work on at that moment.  There's no timetable that says you have to be done with schoolwork - take a break.  I like to bring the kickball outside and let him run around for a good 20-30 minutes blowing off his excess energy. Sometimes I make him and his sister run relay races against each other.  Then, after a 15 minute cool down with a glass of ice water, he's usually back to a frame of mind to try to concentrate on our lessons.

Probably the biggest thing that has made all the difference for our homeschool is changing the way in which we learn.  We've slowly moved away from multiple worksheets and boring textbooks and headed more into the general direction of both Charlotte Mason style learning along with lots of Hands On experimentation.   Constructing models of ancient ziggurats,  working in the garden, educational games and teaching textbooks have all helped to pull his interest into the subject at hand enough to allow him to concentrate for much of the lesson.  I can throw worksheets and textbooks at him all day and he won't learn anything but if I can make the learning hands on, he quickly gets it down.

Teaching a special needs kid can be challenging but by being adaptive in the manner in which you approach learning as well as being open to therapeutic tools such as essential oils and physical activities, it can be such a rewarding experience.
Posted by Brenda Prince at 10:49 AM