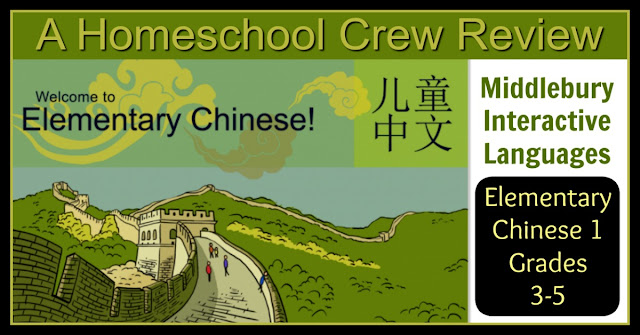 Last year, I had the opportunity to review one of the French courses from Middlebury Interactive Languages.  I turned out to be one of my least favorite reviews - it just didn't work with my family and we found the interfacing for that particular class to be extremely difficult to maneuver.  However, it seemed to be an issue only with the particular course that I was using - it was a new course and it still had some bugs in it. 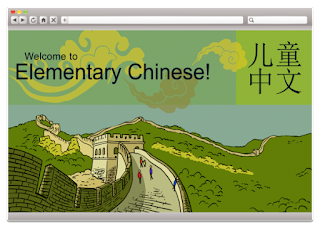 When I was given the opportunity to review another one of their language courses, I wasn't absolutely positive that I wanted to do it - what if I disliked it just as much? Then I would have felt terrible writing a second review stating that they just weren't for us.  I decided to go ahead and try their Elementary Chinese 1: Grades 3-5 to use with Ashleigh and I am very glad that I took a second chance on this particular company.   Ashleigh has been learning a lot and she and her big sister have been spending more time together as they work through lessons together.


What is Middlebury Interactive Languages

Middlebury Interactive Languages uses an immersion approach to teach children of all ages foreign languages. Designed by Ph.D. level academics and linguistic experts, this online, browser based program is designed to teach students various languages from around the world. Whether Chinese, French, Spanish or German, this approach is said to be a full curriculum using the same techniques used by Middlebury College's language schools. 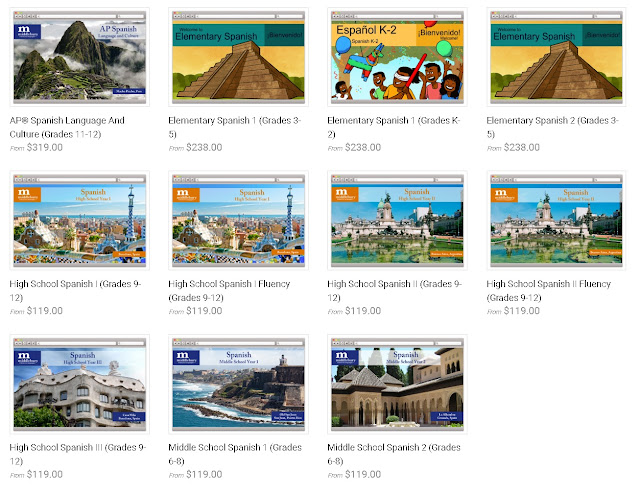 Online courses are broken down by both Grade and Level.  Starting with Elementary levels for either K-2 or 3rd -5, Middle School and High School, Middlebury makes it very easy for students to start with a language early on and work throughout their grade school education to obtain both mastery and fluency of a foreign language using stories, artwork and songs as they learn to speak, read and write their chosen language.

I decided to allow Ashleigh to be the student for this particular review.  Garrett has been learning Spanish with another program, and while Ashleigh has been learning Latin, she hasn't actually started learning a foreign language.   Ashleigh was the one who picked the Chinese language over the other three options.


We have been working through the Elementary Chinese 1 for Grades 3-5 which consists of 16 units that cover topics such as Numbers, Greetings, Animals, Food, and Places.  Each of these units breaks down into 6 lessons where the students begin to learn and practice what they are learning.  Activities such as speaking labs, matching English to Chinese, and recognizing Chinese characters as well as reviewing previous material is included with each of the lessons. 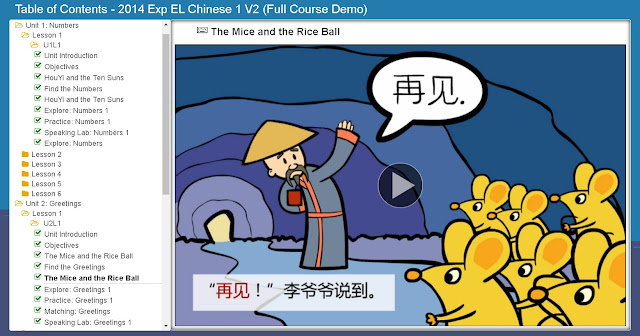 Ashleigh has really enjoyed working with this program, more than I have seen her enjoy other online curriculum that we have used.  I think one of the real draws to this program for her is the cute drawings in the lessons as well as the ability to record and then listen to herself speaking the language in the Speaking Lab activities.

I have to say, I am honestly surprised at how quickly she has learned and how well her pronunciation is, considering Chinese is a fairly difficult language to learn.  Because of this fact, however, we have taken a very slow approach with using this program and we tend to repeat lessons to make sure that she has full mastery before we consider moving on to the next lesson.

While the general format of this class is much the same as the previous class we reviewed, this one "flowed" much easier at the dashboard level.  Our biggest complaint previously was that we actually had to select specific slides in the table of contents to continue with each lesson.  It was hard to navigate and was frustrating for both myself and for my kids. I believe this was because the class was a new class and possibly was not finished as looking at other reviews for other courses, their menu looked much different than mine did.   I was so glad to see that this time around, the flow of this class worked much better for us, we simply went to the table of contents, selected the lesson we were working on and the program did the rest - instead of making us each individual slide.
I am very glad that we decided to give Middlebury Interactive Languages a second chance.   Ashleigh has been enjoying the learning using the program and I really like the idea that if we choose to continue with it, I can continue with Middlebury until she graduates. 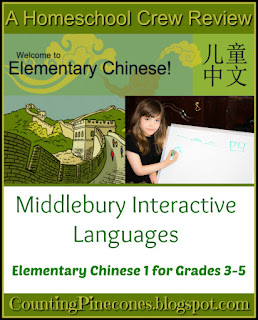 Posted by Brenda Prince at 2:32 PM