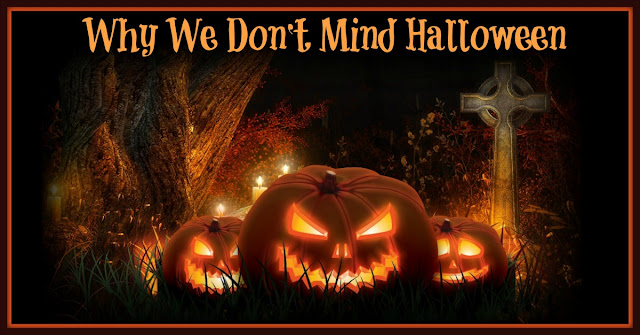 I admit it - my kids participate in Halloween.  We absolutely love Halloween.  They get dress up, they go to house to house and they eat as much fun sized Snickers, Kit Kats and Whoppers as they can possibly sneak into their mouths before they get home and Mom takes the candy away to be rationed out.    We  decorate out  house with lots of spider webs, spiders, tombstones, skulls and blacklights each year, including a huge 9 foot tall inflatable Grim Reaper/Pumpkin guy. Each year our display gets bigger and bigger. 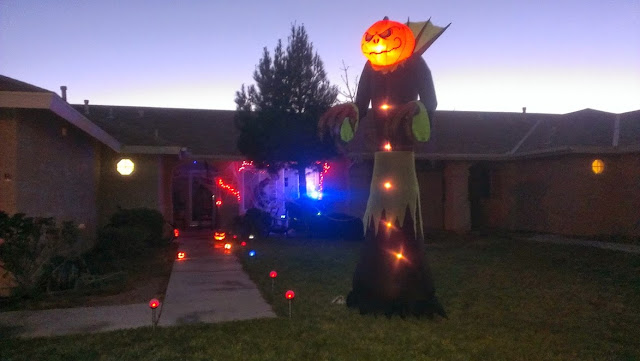 I do not worry that my children will suddenly start worshiping the devil or sacrificing the family pets to him, nor do I bother worrying about where the origins of the holiday derive from.  For us, it's just a fun day to look forward to in fall where they get free candy, we get to enjoy seeing all the kids costumes as we give them free candy and watch as they get excited over our inflatables. 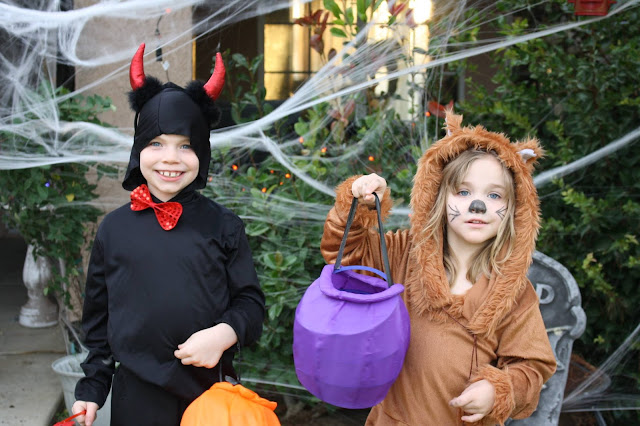 In the book of 1 Corinthians 10:25-30 , the Apostle Paul tells us to feel free to take part in meals with unbelievers and not not even question anything about it.  Why? Because when you have the faith of God in your life, nothing matters. The Halloween holiday is just a day for getting dressed up and getting free candy, nothing more, because when we have Christ, the history of the holiday does not matter.  Paul specifically says "the Earth is the Lords and everything in it".. What does this mean?? It means as long as my children have the Lord in their hearts, the history of Halloween doesn't matter.  It means even if my son dressed up one year as a lil devil (because we couldn't find any other costume he liked that year and this one was given to us for free.. lol), it doesn't matter. As cute as a lil devil he was, he's still a child of God and satan has no hold on him. 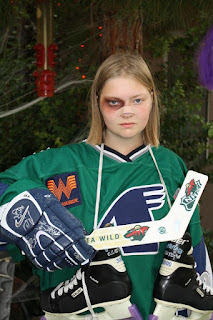 Many Christians want to tell you their whys and wheres..  Why eggs are associated with Easter.. Why trees are associated with Christmas... Where the Halloween traditions came from.   They're quick to get on facebook and tell you " My family doesn't do this because it's a pagan tradition and...", or "I can't believe you allow your children to participate in something that derives from pagans".. Who cares!!   It doesn't matter and Paul tells us it doesn't matter, don't even ask..  If I hide eggs in my yard on Easter, I do it because my kids will have fun looking for them, not because pagans believed it was something to do with fertility.    If I find a whole bunch of fun things to have my "Elf on the Shelf" do between Thanksgiving and Christmas, so be it.

Christians are not subject to evil days, icons or superstitions. Jesus gave his followers all power over the enemy. 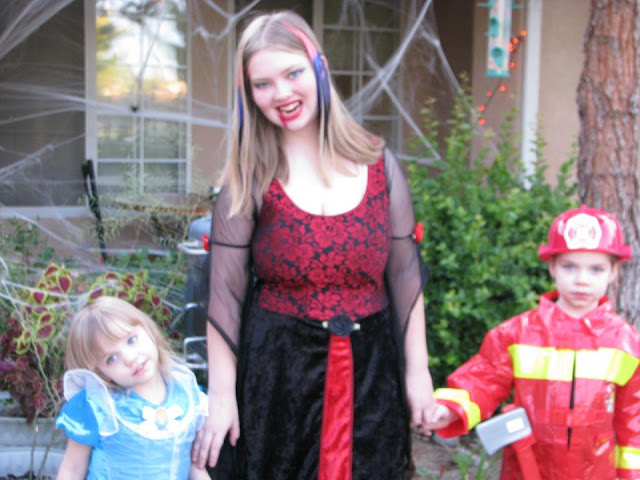 Now, if you don't believe in Halloween and feel its against your beliefs, that's perfectly fine.. Don't participate, that's your prerogative.   Turn off your lights. But don't ruin it for others by condemning others for their participating.

And as my Pastor says?  "Satan doesn't have a holiday.. He tempts and leads astray people everyday, not just on Halloween."

And as my Pastor also says "Too bad Halloween is only one day out of the year.. Free candy is always good"..