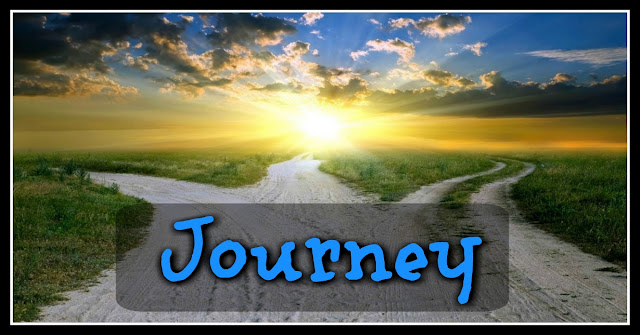 When I was 16, I stepped off the road I was travelling and I decided it was time to do things my own way.  I felt so alone at that time, abandoned by my family, friends and my church.  In my mind, everyone had taken the easy way out, to ignore what my father had done to me and instead cast me out - that by taking away the temptation, the illness that possessed my father wouldn't matter anymore.  And I thought what good was a family and a heavenly father who would allow a victim to be thrown out to fend for herself and allow the abuser to continue living his life without any penalties.

It's only been in the last couple of years I realized how wrong I was, that the Lord never allowed me to make that journey alone.  So many horrible things could have happened to me in that time - drugs, more abuse, homeless, murder, suicide - no telling what could have happened to a 16 year old with no family to help her.. But instead, I was kept safe. I finished school (albeit a year later than I was suppose to but I still graduated).. I had a failed marriage that I rushed into as a way to protect myself but later found a wonderful man who loved me. My father ended up going to prison and will be there for a very long time.   And I found my way back to Christ!!!

I might have taken the "scenic" route in the hopes to find a different destination, but God knew where I was going the whole time and I know he was on that journey with me.

Be sure to click the button above to find other Five Minute Friday entries and submit your own.
Posted by Brenda Prince at 7:38 PM