A is for Air Force (Blogging Through the Alphabet) 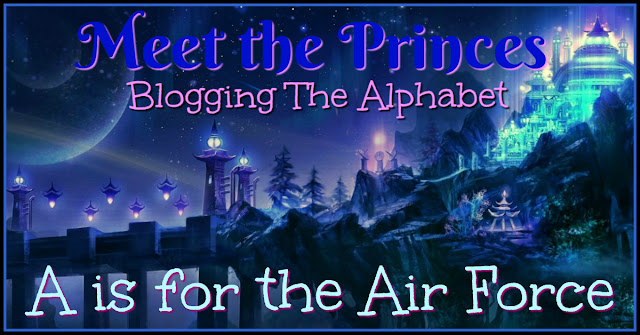 It's time for another start to the "Blogging through the Alphabet".  This time, Annette at A Net in Time and Amanda at Hopkins Homeschool are co-hosting and since it JUST started, there're more than enough time for you to hop in on the fun..

Rather than just coming up with random posts to write for each letter, I thought t would be kind of fun to find a way to write about topics that will help the reader learn a bit more about our family.  Maybe it will be about homeschooling, maybe it will be about our just a typical day in our life but each week will be bit of a window into our lives as a family.

For the letter A, I decided to go with the Air Force.  The Air Force has been a VERY important part of our lives as a family for the last 7 years.

Our Air Force Story began in 2006. I was working at a respiratory therapist and had been working to support our little family for our first 5 years together. Originally living in Texas, I began taking contracts with hospitals for three months at a time through agencies. Because we were never anyplace for longer than a few months, Charles wasn't able to work. When Garrett was born, Charles became a Stay At Home Dad while I continues to work.  When I got pregnant with Ashleigh, we decided to stay at the hospital I was currently at and let us settle down for a while. Charles continues to stay at home with the kids while I worked the night shift, but he was getting pretty restless.  A hard worker to begin with, he wanted to start contributing to the family financially plus learn a career.   In 2010, Garrett was 3, Ashleigh had just turned 2, Alyssa was 10 and Charles was just 25 when he swore in and loaded up on a bus from Lansing, Michigan to head to San Antonio, Texas for Basic Training.

In the years that have following that decision, we have seen so many changes in our lives..  We've watched Charles go from a slick sleeved Private graduating basic training to a Staff Sgt in only a few years.  We had a huge cross county move from Michigan to California where we have been since 2011.  The kids have learned to accept sonic booms and sand storms as they've grown from barely walking and talking to amazing kids. Alyssa has gone from 6th grade to about to graduate high school this year. 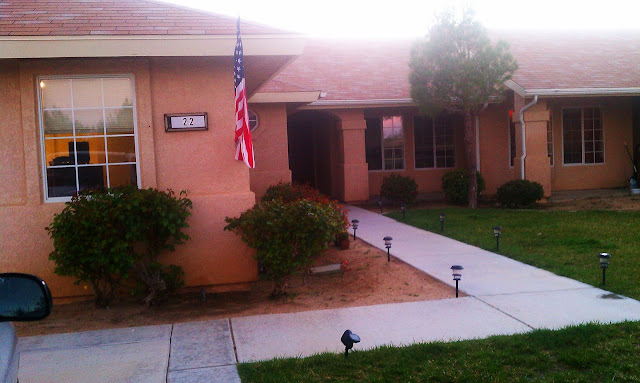 Our house since 2011 - We've seen three sets of neighbors move in and out next to us but we're still here years later. 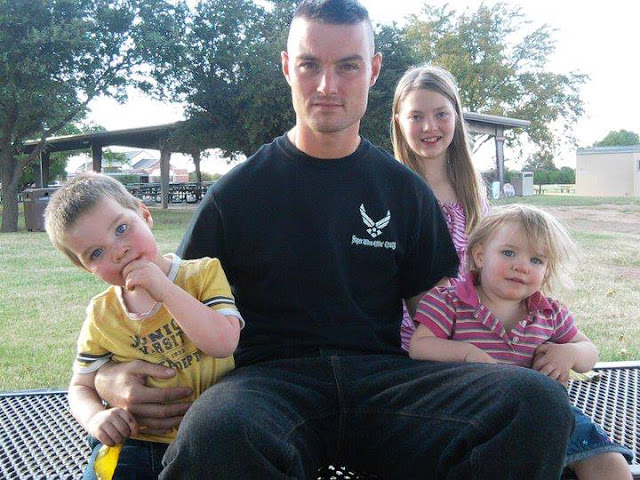 How Charles and the kids looked when we first moved to Edwards AFB in 2011.

Last summer saw Charles re-enlist for another 6 year contract with the Air Force.  His plan is to retire from the service after 20 years and then maybe get a civilian job with a company such as Boeing or Lockheed Martin.

We don't know where the Air Force will take us - we may be here for another 6 years or we may find ourselves in Alaska or Nevada or Virginia.  We will never know if one day, Charles will check his email and find out that it is time to start packing and it's time to move.   I look forward to any opportunity that is sent our way, but for now, the Air Force has made it possible for me to stay home, educate the kids and take them to some pretty amazing places like Yosemite and Sequoia National Forest.  We've had bobcats, coyotes, rabbits, hawks, vultures and hummingbirds visit our yard for us to observe and we've seen some amazing aircraft fly over our home.

So for us, A is for Air Force.. And it will always be a very important aspect of our lives.