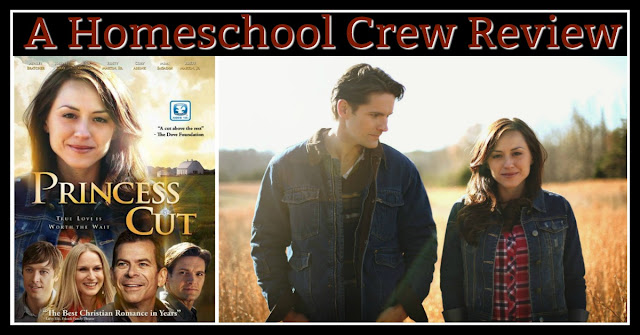 I am going to admit to you one of my guilty pleasures.  Are you ready?  When I am wanting some along time, away from the kids and my husband, I lay down in a dark room and vegetate without anyone bothering me and I watch cheesy romantic movies.  I like the predictability, the happily ever after endings.  But even more so, I tend to find myself watching those movies produced by independent Christian based production companies because I'll be honest, I get tired of all the sexual content that's currently found on cable television.  I want a nice, sweet love story that focuses on feelings and building lasting relationships rather than a story based on getting drunk and "hooking up". 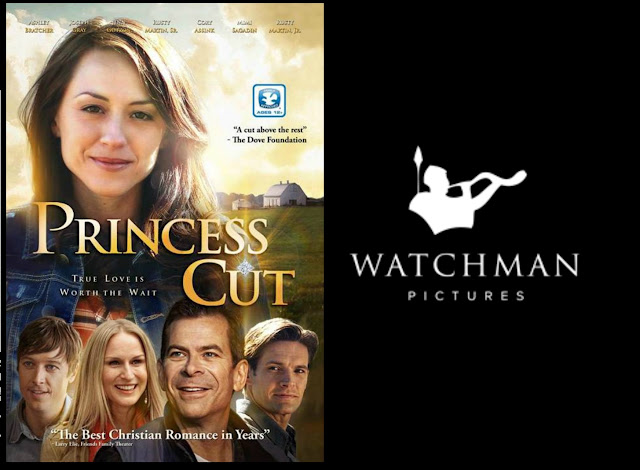 When I was given the opportunity to review Princess Cut by Watchman Pictures, I knew it would be right up my ally because it was by an independant Christian production company. So I told the kids I was having a "mommy needs a quiet night", curled up under the warm covers of my bed, popped in my headphones and pressed play.  Turns out,  I already had this movie marked on my watchlist on one of my subscription services and once I started watching it, I discovered I had already watched this movie in the past.

Princess Cut follows the story of Grace Anderson, a young woman in her 20's who lives on her family's Carolina farm. Like most young women, Grace dreams of the day when a man will drop to one knee, slip a princess cut diamond ring upon her finger and ask her to be his wife.  This desire clouds her judgment in her choice of a partner as well as creates feelings of chaos in her life and her relationships with those around her.  It isn't until she accepts that her timing and God's timing are not necessarily the same that the pieces fall into place. She ultimately learned that "True Love is Worth the Wait". 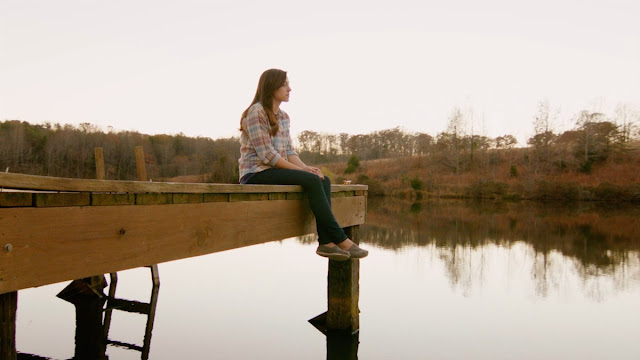 This movie features talent that those who watch movies produced by Christian based production companies should recognize.  Ashley Bratcher, who following Princess Cut moved on to be in the movies War Room and 90 Minutes in Heaven, stars as Grace.  Rusty Martin Sr (War Room, Courageous and Sons of our Fathers) fills the roll of her father, Jim Anderson while Mimi Sagadin (Return to the Hiding Place) plays mother Katherine.  Other talent includes Jenn Gotzon Chandler (Love Different), Joseph Gray, Cory Assink, and Evan Brinkman (Stranger Things).

Princess Cut is produced by Paul Munger and was written by Paul and Sheilah Munger.  The runtime of this movie is 97 minutes.

What I thought of the Movie?

I had previously watched this movie on one of my other "hide in the bedroom with headphones and my Kindle" night and had enjoyed it at that time.  That had been some time back, so I didn't realize right away that I had seen this movie when I started watching it until I had gotten a bit into it and recognized what was going on with the story.  Even knowing how it ends, I enjoyed watching it the second time.

This is a movie that will appeal more to those with more traditional, conservative values when it comes to relationships, both when looking for a mate as well as with our families.  Grace deals with many adult issues, such as the pressure to bring a relationship to a level she's not ready for as well as feeling she needs to hide aspects of her relationship from her parents. There is also one scene where she is given advice from a "professional" who tells her to try a "Practice Marriage". 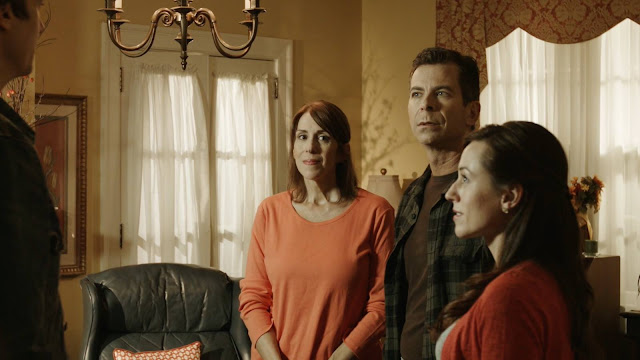 A few who watch this movie might take offense at the idea of a father having any influence these days over who his daughter chooses to marry.  Some may view this as very old-fashioned or archaic in ideology, especially in today's society where men having any influence over a woman's life is a very volatile subject. Personally, I have no problem with this and feel that one of the biggest problems with relationships today is that we lead with our hearts rather than our heads, whereas a parent is able to see the flaws in a person/relationship that we cannot see for ourselves because of being "love blinded".

Overall, I personally think this is a great movie with an important message for young women who feel they "need" to find someone to spend their lives with. I would highly recommend it, both for a platform for discussions about healthy relationships with our daughters as well as just to watch for a love story with a great moral lesson and nothing you would half to fast forward though. 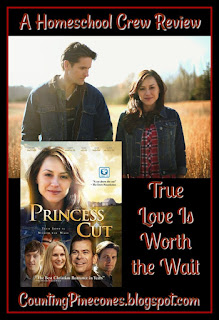 For more information about Watchman Pictures and Princess Cut, visit them on the following social media platforms: