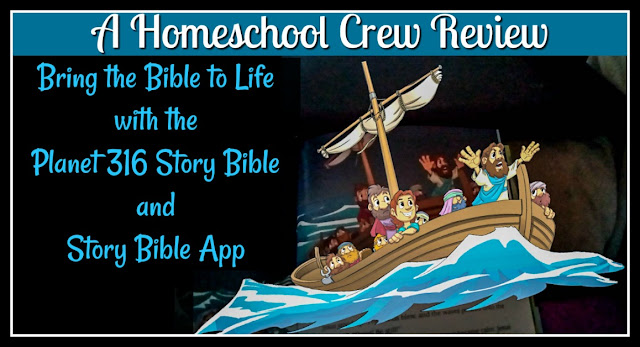 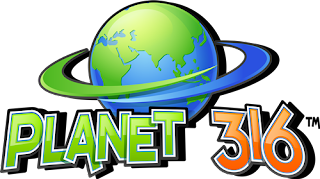 Planet 316 is a company that I was already familiar with.  You might remember last year that members of the crew reviewed the Daily Bible Jigsaw app from Planet 316 and to this day, I still work the daily jigsaw puzzle every night.  Planet 316 is a team of very talented artists and writers who love to share the Bible with children in ways that make it engaging.  Made up of pastors, children's ministers and church leaders, Planet 316's teamwork to create fun and interactive experiences that also include family values and the Christian faith.  So when we were given the opportunity to review the Planet 316 Story Bible and the companion Planet 316 Story Bible App from Planet 316 and WorthyKids/Ideals, I knew it was a review I wanted to be on.

About the Planet 316 Story Bible with Augmented Reality

From the story of Creation to the book of Revelations, the Bible Story Bible is a 304-page hardbacked children's book containing over 100 stories from both the Old and the New Testament. I really liked that there was a division between to two sections - many children's books of Bible stories tend to run the Old and New Testament together.  However, Planet 316 does include pages to mark stories from the Old Testament and stories from the New Testament.  Each story is illustrated with bright and somewhat humorous artwork accompanied by easy to read text that is kid friendly yet still Biblically accurate. 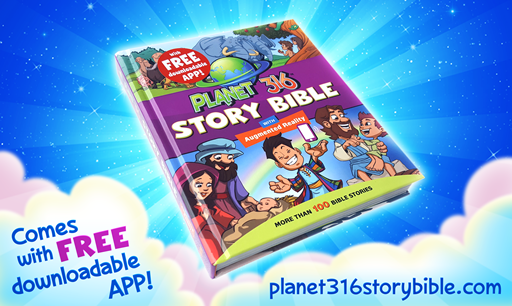 However, the real magic begins when paired with the downloadable Story Bible App.  Available as a free download in both the Apple App Store and the Google Play Store, the app literally brings the stories to life using the illustrations in the book. 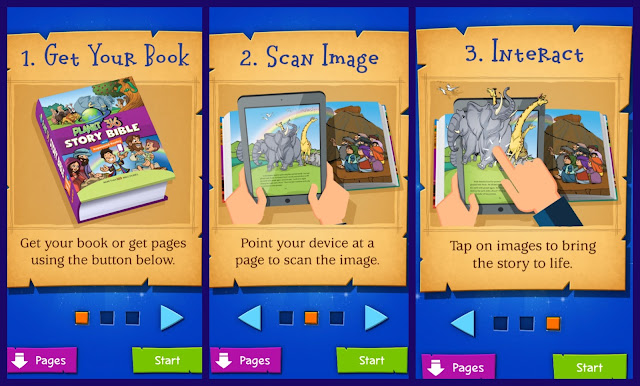 Simply install the app to your mobile device or tablet and then load up the app. Using the rear-facing camera on your device, the Application will then begin to scan for the illustrations in the storybook, creating an augmented reality experience.  These images create an almost 3D effect, making the illustrations appear to pop up from the pages of the book and move.  Readers can then touch the images on their tablet to play audio clips to create a more interactive experience beyond reading text from a page.

Here's a quick video that shows how the Bible and the App work together, using both a Kindle Tablet (note: app is not available in the Kindle Store) and a super cheap Blu R1 HD phone.

First, I should mention, EVERYONE in this house loves this storybook and the augmented reality app that goes with it.  Even my husband and I enjoyed playing around with the app just.  It's super fun to play around with.

However, Garrett was the one who really took to this storybook, which in itself is a HUGE endorsement.  Garrett doesn't read books.  Garrett does not pick up a book to read just to read.  I've taken this kid to the library and he has checked out so many books that have just came home to sit on the couch, never to be touched until it was time to return it. 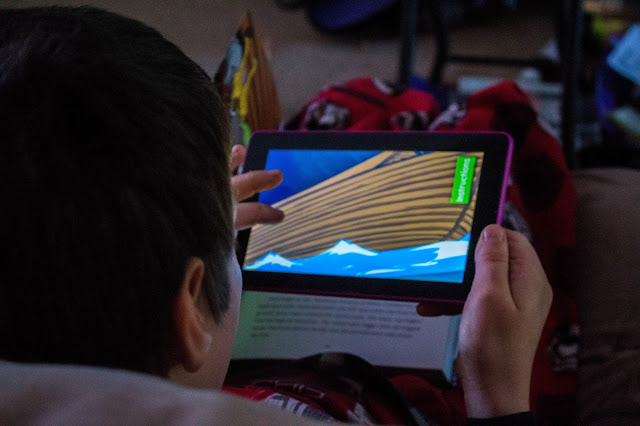 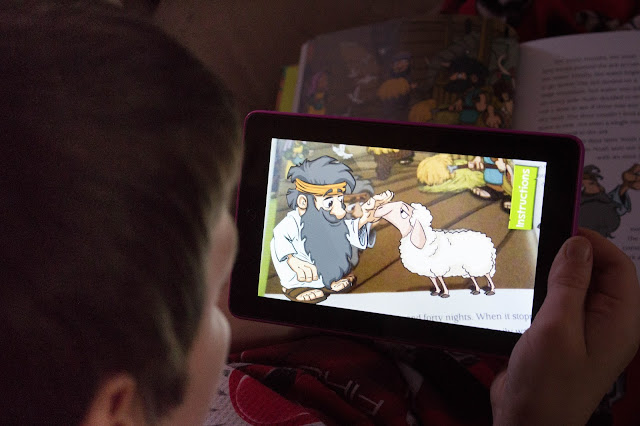 The illustrations in the book are really cute, but when they pop up on the screen of the tablet, it's even better.


We really liked how touching the characters in each image produces sound bites and other effects.  This included short clips from Bible verses or sound effects like burning buildings or crickets chirping.  It really adds another dimension to the story. 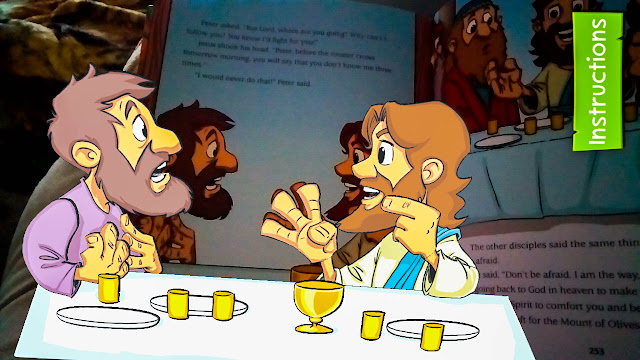 Even in a dark room, we noticed that so long as there was enough light for the camera to scan the page, the app would still work. This was great for Garrett during the evening hours, as Dad tends to like the lights off at night.  Garrett was still able to enjoy his Bible, even if there wasn't enough light to read by. 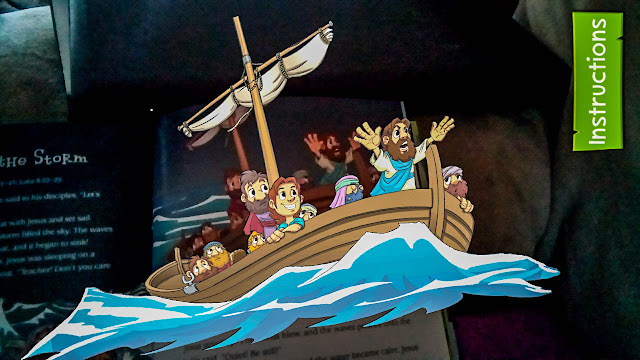 The images were still nice and vibrant, even more so against the dark background from the camera.  I think Garrett liked using the app more at night then in the day because of this reason. 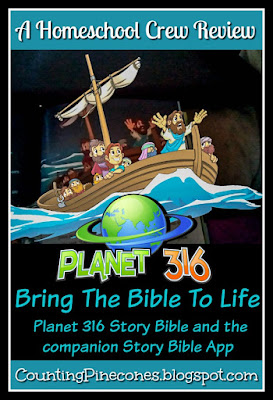 For more information about the Planet 316 Story Bible, please visit their website. You can also find them on the following social media platforms:

Also, be sure to click the banner below to read reviews from the other crew members.

Posted by Brenda Prince at 9:06 PM