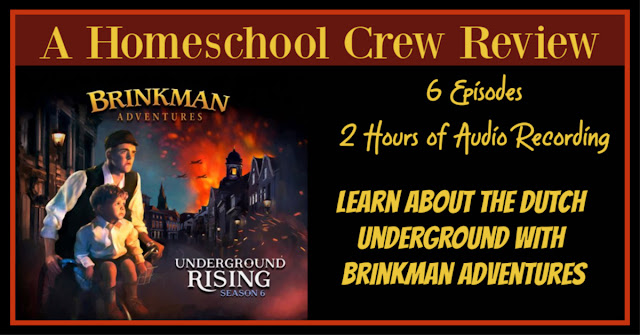 The kids and I had the enjoyment of reviewing Season 6: Underground Rising , the latest release from Brinkman Adventures. 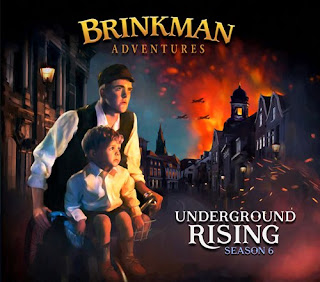 For this review, we received a downloadable digital version of Season 6 which contained 6 MP3 audio files with over 2 hours of audio adventures.   Each episode is less then 30 minutes in length, making it suitable to listen to on car rides to town or to listen to while preparing dinner.

Both of these episodes focus on Ian Bultman's real life grandparents, Reng and Lynn VanKesteren, and their involvement with the Dutch Underground during World War 2.

This episode is based up on a dream that Ian Bultman had while serving at Alaska Bible Institute in Homer, Alaska.

This episode follows the story of a young girl name Samantha and the sacrificed she made to leave home and move to a foreign country to serve in an orphanage in India.  It is based on the true story of the Wonder Family.

These two episodes are based on the true story of Dave Eubank and his journey to become a Green Beret in the Special Forces and the events during his time in Burma along with his family.

Being that each recording is roughly 25 minutes each, it was very easy to fit listening to an episode as a family a few times each week, typically when we were winding down for the night and getting prepared for bedtimes.

Without giving away too much, our favorite episodes were the first and second one, entitled Dutch Underground 1 & 2.  In these two episodes, we find two of the Brinkman daughters traveling to Canada to visit their grandmother.  While there, we hear the story of her and her husband's involvement in the Dutch Underground following the Natzi Germany invasion and the persecution of the Jews. From stealing ration cards to Lynn's time in jail, the storytelling really pulled each of us into the story and painted a picture of both the Jews and those who tried to help them.

In addition to the recordings, the Brinkman Adventures Website proves to be a useful supplemental tool where listeners can then learn about the real people each story is based on, including photographs and fun facts.  Also included are links to the Brinkman Podcast which features recollections and stories told by those who really experienced it.  We really liked going to this website and viewing the photographs and podcasts that coincided with each episode - especially the real life story of Bultman's grandparents and their involvement in the Dutch Underground.  The factual history behind the story and seeing the photographs included made us enjoy those two episodes all the more. 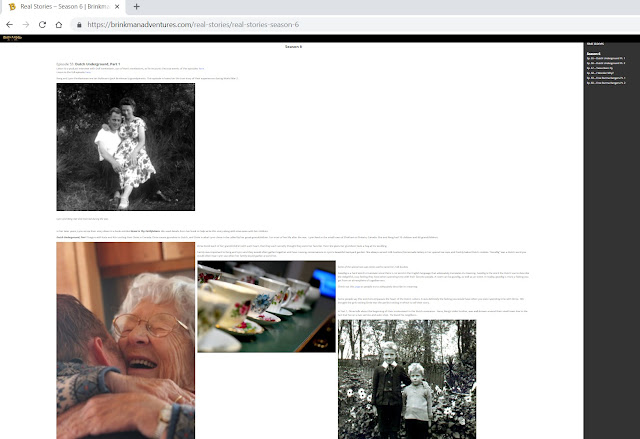 If you're looking for an audio adventure with a throwback to radio theater  that introduces your children to history, culture and the important missionaries who put their lives on the line to spread the gospel, you cannot do wrong with any of the Brinkman Adventures. 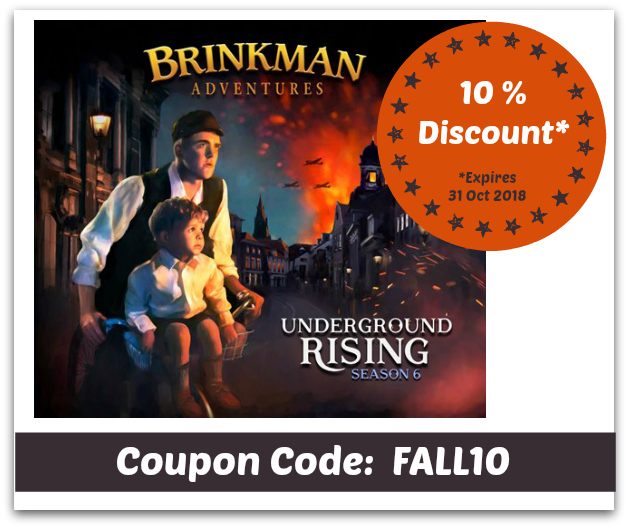 And right now until the end of the month, if you use code FALL10 at checkout when purchasing your own copy of Season 6 of Brinkman Adventures, you can get 10% of your purchase. 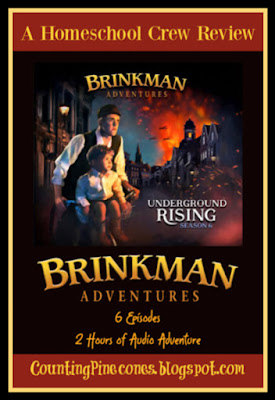 For more information about the Brinkman Adventures, visit their website at https://brinkmanadventures.com.   You can also find them on Facebook at https://www.facebook.com/Brinkman-Adventures-152895116079/.

Posted by Brenda Prince at 8:41 PM