We've been trying to get down to the History Museum to see the spider exhibit they have right now, but for whatever reason, we haven't been able to.  The first time we made plans, the kids got sick and were running fever so we had to stay home.   We made plans to go this weekend, but with the very large wildfires burning close by, we opted to stay home. As it is, I'm severely congested and dealing with a sore throat, enlarged glands, and a sinus infection from all the smoke. Lots of fun, let me tell ya.

However, I wanted to make it up to the kids and do something with them.  We decided to head to the Exotic Feeling Breeding Compound (EFBC) located in Rosamond, California and spend some time up close and personal with some amazing cats.

Unlike a zoo, the EFBC does not exist to entertain the public by putting animals on display.  While the do support themselves by allowing visitors to come in, the compound is dedicated to the protection and preservation of the world's endangered feline species. They are primarily a breeding and research facility, however, a small percentage of their animals are rescues who needed placement.

This was our second visit to the cat house.  Our first visit was during the summer and many of the cats were hot and not very active.  This time around, with the cooler temperatures, the kitties were very active.  They were also anticipating dinner (we were able to observe dinner time) so they were pacing and getting rather ancy. 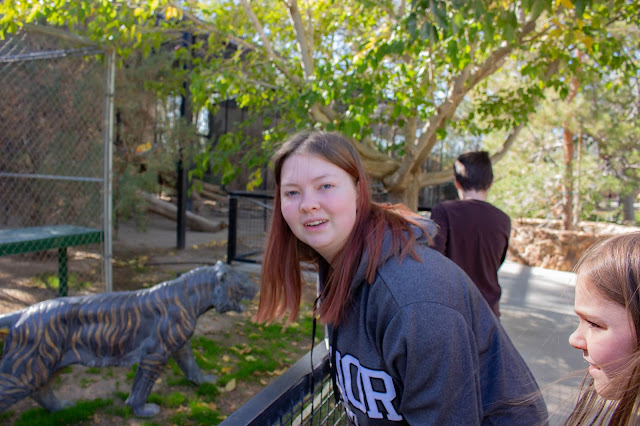 The EFBC is a very intimate setting with small but well designed enclosures with plenty of places for the cats to either hide, climb or relax.  The staff is well knowledgeable in regards to the care of the animals and even the volunteers are more than happy to help educate visitors. 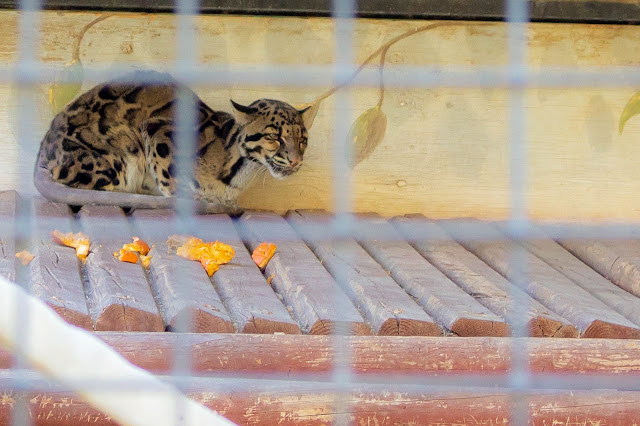 Each cat has a name and a history.  For example, about is Kyoke, a 7 year old Clouded Leopard who was sent to the facility from another facility in Kansas. 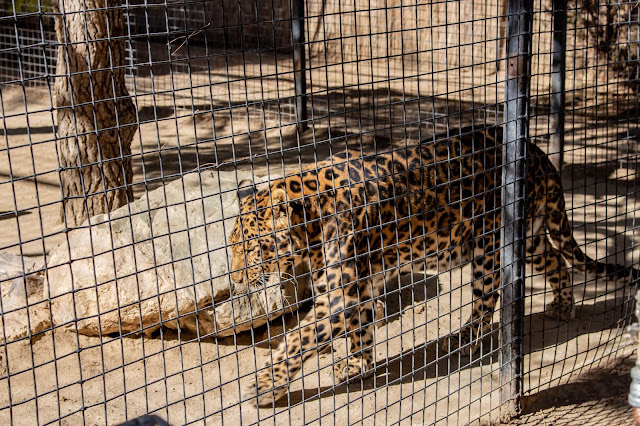 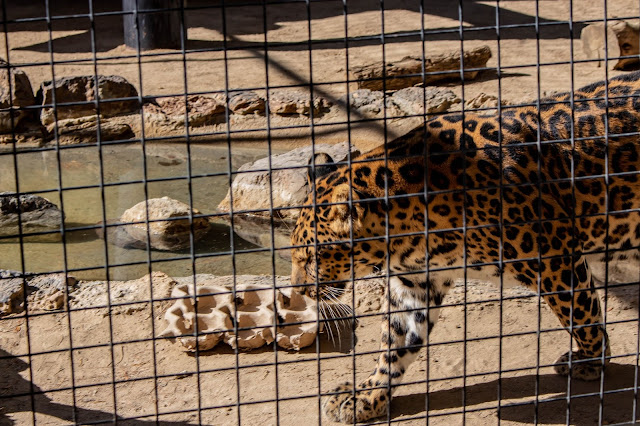 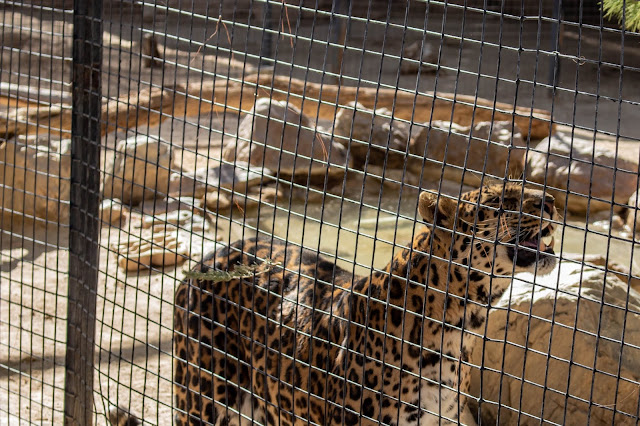 This beautiful boy below is Serrano, who was captured in Whiting Ranch in California but could not be released due to the fact that he showed no fear of humans.  Obviously someone either had him as a pet and let him go or at least someone had been feeding him. 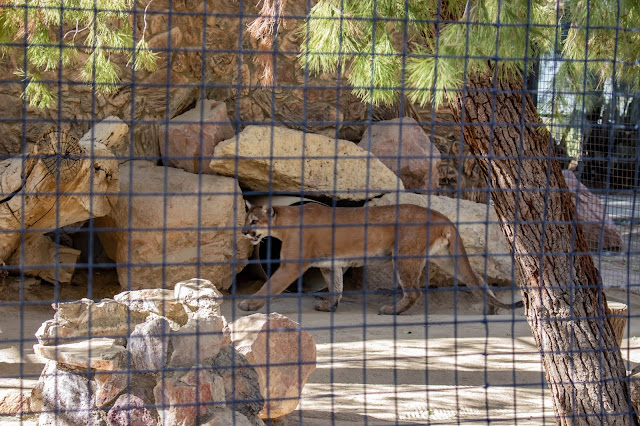 Serrano put on a little show for us, vocalizing in small meows and padding back and forth waiting for his food.  It totally blew my mind that even when she was right in front of us, you couldn't hear him at all.  Charles didn't realize that Mountain Lions were so big. 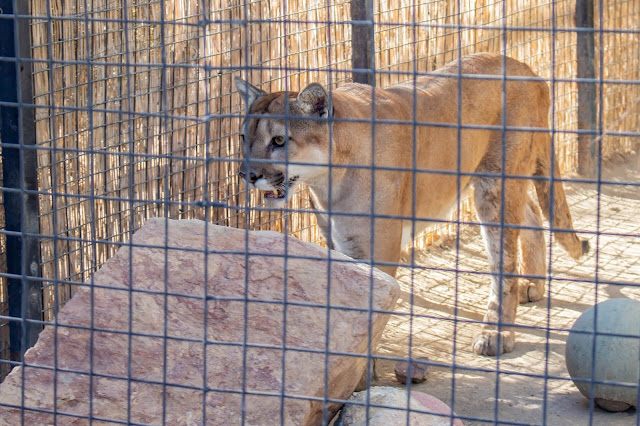 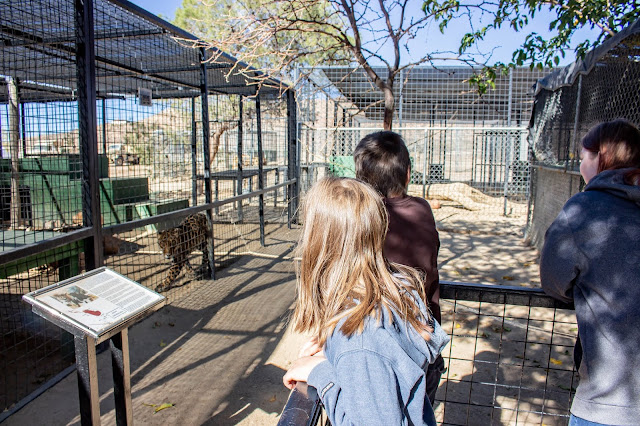 This girl has been on of our favorites for both of our trips.  She's a Bobcat named Willow and she's about 18 years old. 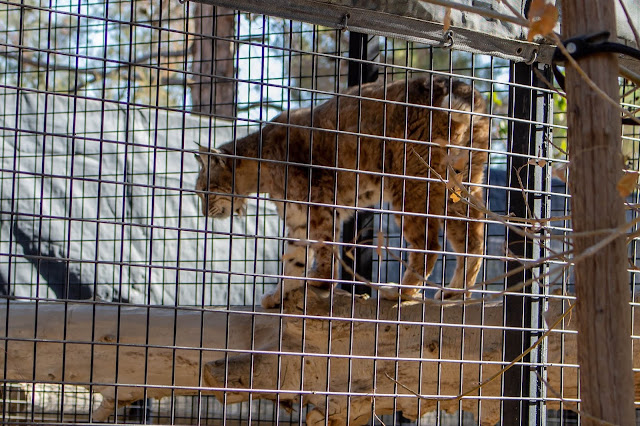 But I have to say,  I absolutely love the Jaguarundis .  If you've never seen a Jaguarundi they look like a cross between a cat and an otter.  The EFBC has two of them, a pair of sisters named Maya and Aztec that are 12 years old.  They are so neat to watch as they slink around and make little chirping noises. 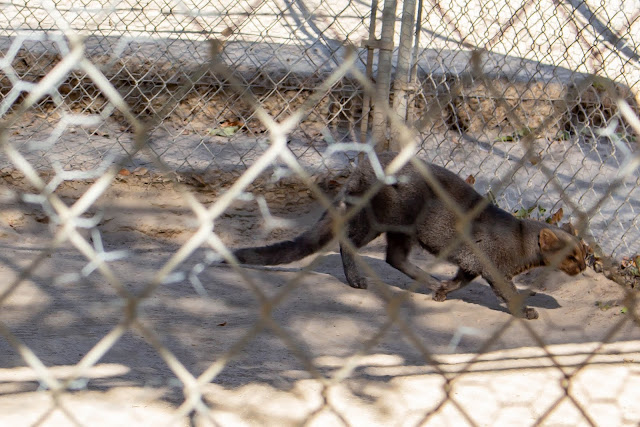 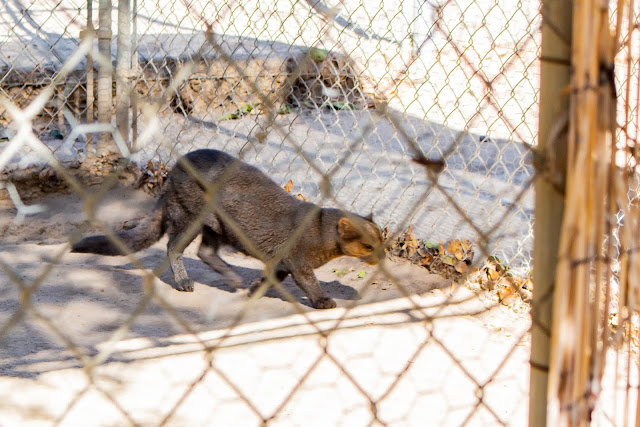 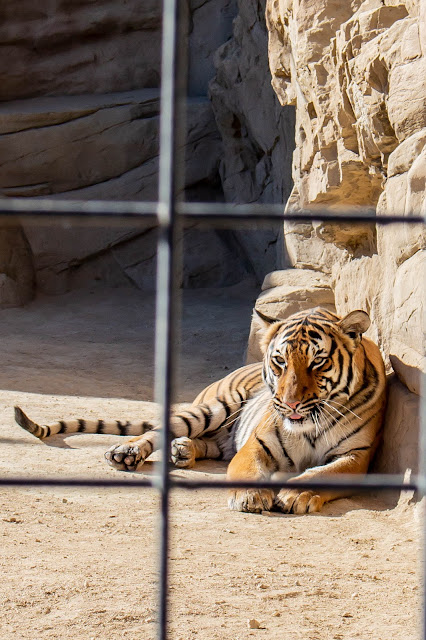 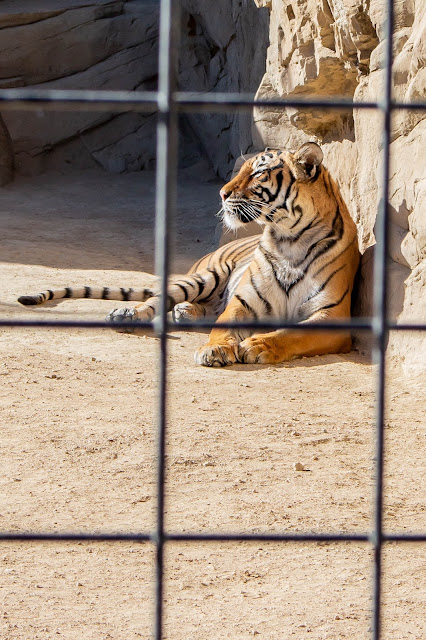 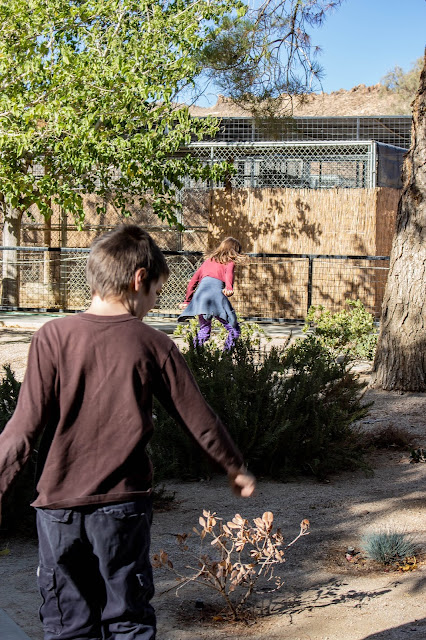 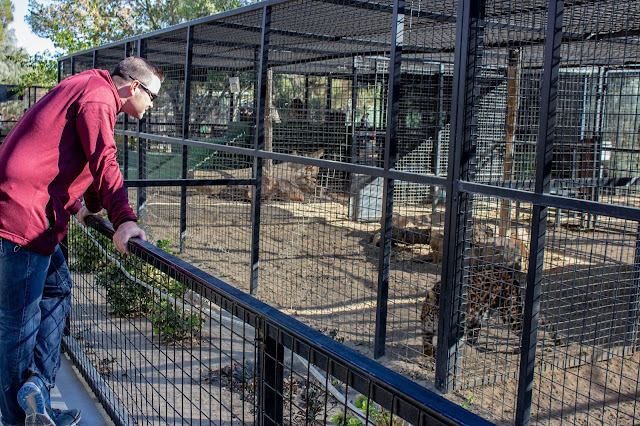 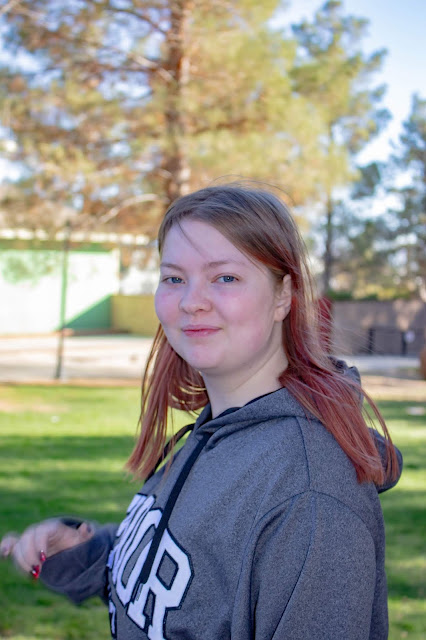 As we we leaving, we saw this duo hanging out in front of the building.    A desert cottontail only feet away from kitties that would make it their dinner. 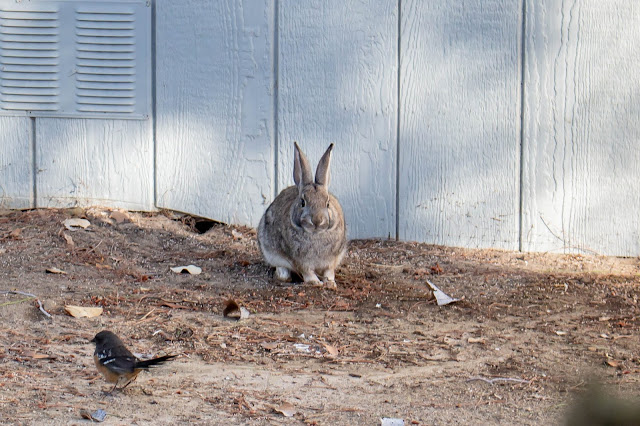