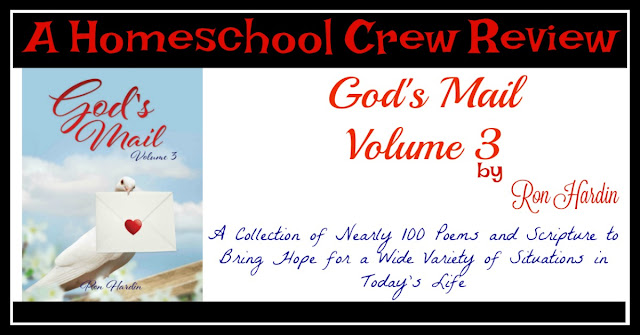 I'm always looking for uplifting, inspirational or motivational reads - those types of books that I can just relax with for a few moments, read a few pages of them feel a bit better about my day after doing so.

For the last few weeks, I have been reviewing the digital edition of God's Mail Volume 3, the third book in the God's Mail series.  Written by Ronald Hardin, God's Mail is a collection of poetry based on Scriptures that address the challenges that both believers and non believes face in their lives. 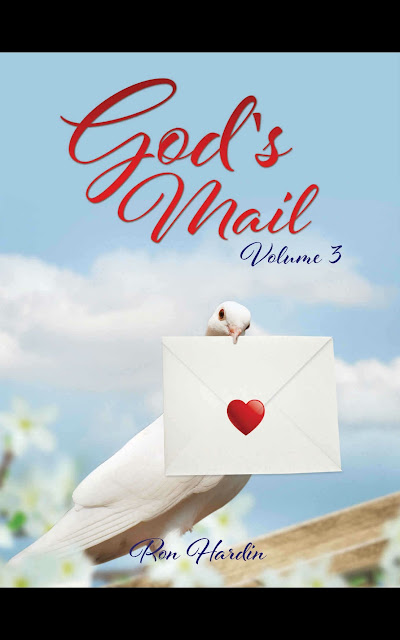 Mr Hardin states that these poems were given to him by God in a prophetic sense and the book begins with a forward from Mr Hardin's pastor, followed by several pages of testimony from those who know Mr Hardin and  claim to his ability to prophesied for God.   I don't really buy into this myself - I do believe that the ideas and the scriptures were probably impressed upon his heart from God and I do believe that God gives us the gifts of communication and spreading his word to others but I'm not going to go so far as the poems themselves are directly from God.   However, I kept an open mind while reading and reviewing this book and decided to judge the book on that.

This book contains 95 individual poems, each preceded by several scriptures that provide Biblical support to the topic of the poem. 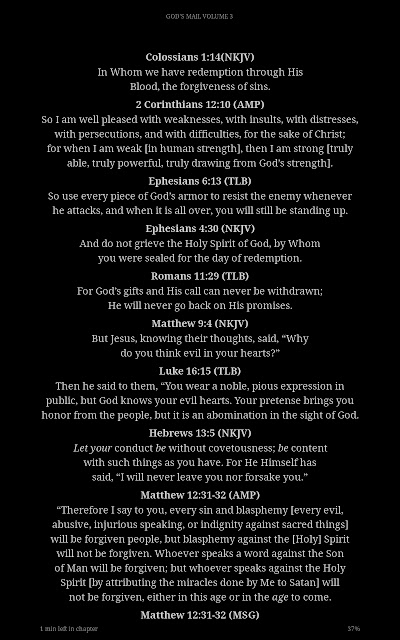 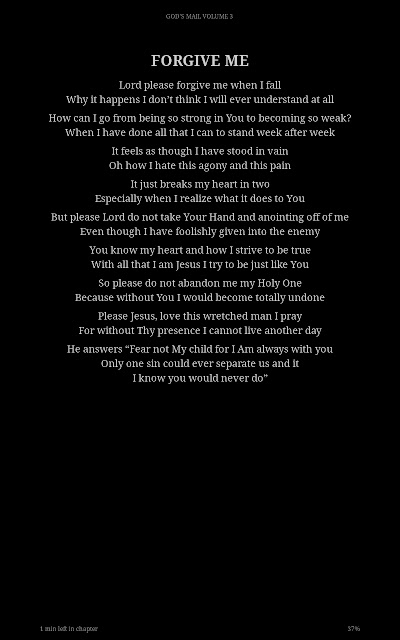 The poems themselves cover a wide array of topics. There was one that talks about the fact that angels are not these winged people that we see in paintings, another about abortion and adoption, teen pregnancy, no taking your partner for granted, infidelity, mid life crisis, and more.

I really tried to like this book, after all, I enjoy scripture and I like quality poetry.  Sadly this isn't what I was looking for..  I found the sing songy rhyming pattern to be more like something an small child might write for Sunday school more so than a learned man of God.  The pattern just got too repetitive for me, to the point I knew what the last word on the next line would be.  Every poem was a series of couplets with no variation whatsoever.   And I definitely didn't find any of the poems prophetic in any way.

Because he claims that these are words directly from God to him, I did get rather irritated by his use of  things such as "these words from the Lord are to give you encouragement" in a poem about guilt following an abortion - but then doesn't use scriptures but instead writes as if God is using him and his words to talk directly to them targeted women.  I guess it irritated me because we have a cult church here in this area that the pastor claims that Jesus himself taught him how to lead people to Heaven and anyone who goes to any church other than HIS church will burn in hell.  I'm always leery when anyone says God himself spoke directly to him - as I said, I believe messages can be impressed on one's heart but I don't buy into people selling books claiming God actually speak to them.

Overall, I wasn't impressed and the book just made me overall uncomfortable.  It's not something I would recommend to others, especially when there are other resources out there that are Biblical  sound and much more encouraging than this particular book. 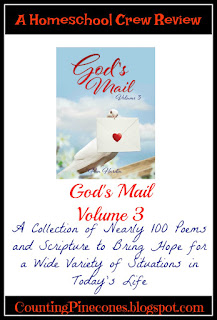 While this book was not to my own liking, we all have our own opinions and taste, so be sure to click the banner below and see what other members of the Crew thought of this book. Posted by Brenda Prince at 8:13 PM