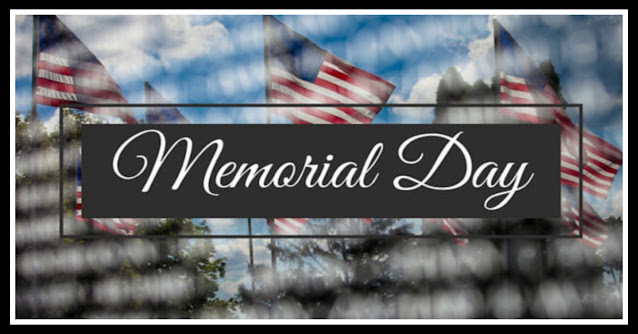 Memorial Day is always a time of barbecues, drinking beer and hanging out with family and friends.  But more than anything, it's a time to remember those in uniform who never took off the uniform and instead gave the ultimate sacrifice for our country.
In honor of Memorial Day, I would like to honor a few of my family members who gave their lives fighting for our rights, our country and our freedoms.

First, I'll introduce you to my great uncle, Paul Allen Berryman. Paul was my grandfather's brother. Paul was the oldest of four boys (Paul, Bryan, Bill and James). 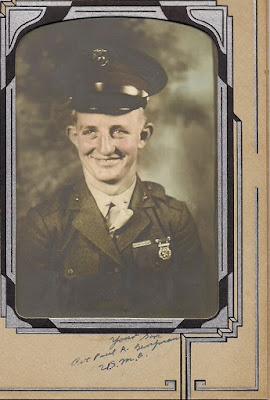 Paul was a Sgt in the United States Marine Corps and fought in Iwo Jima. Many people are familiar with the famous picture of the Marines raising the flag on Mt. Suribachi. Well, while my Great Uncle was not in that famous picture, he was there and those men were from his unit.

Paul had enlisted in the U.S. Marines in February, 1941, and received training in the states in anti-aircraft warfare. Paul was assigned to duty in the South Pacific, including Guadalcanal, where he saw combat action for 12 months.
Returning to the states, he was made instructor of anti-aircraft and machine guns at Camp Elliott, San Diego, Cal. In October, 1944.

Paul was a member of the 28th Marine Regiment - 5th Division. The 5th Marine Division would fight on Iwo Jima from 19 February until 18 March where they would sustain 1,098 killed in action and 2,974 wounded in action. This was the highest casualty rate among the Marine divisions involved in the invasion.

The Marines of the 28th Regiment worked to drive the enemy from the higher ground of the island of Iwo Jima. Their goal was to capture the area that appropriately became known as the "Meat Grinder." This section of the island included: the highest point on the northern portion of the island, Hill 382; an elevation known as "Turkey Knob," which had been reinforced with concrete and was home to a large enemy communications center; and the "Amphitheater," a southeastern extension of Hill 382..

Paul turned 21 on January 31st. Just over a month later, on March 5th, Paul lost his life. He was listed as KIA (Killed in Action) and was awarded a Purple Heart among other citations.  He died the day after watching the famous raising of the flag.

Per Paul's commander, Paul was killed instantly by a hand-grenade thrown into his gunnery bunker.

He was initially interred in the Marine Cemetery on Iwo Jima until after the war when my great grandfather arranged for Paul's remains to be repatriated to Texas, with a formal funeral in April 1949. 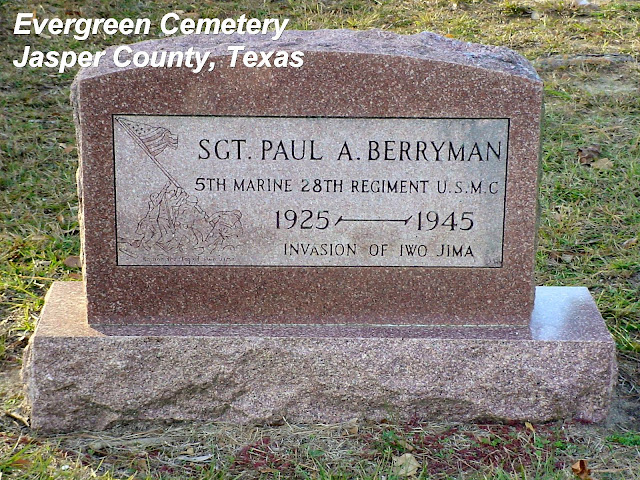 Paul and his brother, Bryan, are both buried side by side in a small cemetery located in Jasper, Texas. He was the first of the four boys to have fallen defending our country - his brother Bryan would fall 6 years later in Korea, leaving 1 son (my grandfather - Bill ) fighting on foreign soil. (The fourth boy, James, was too young to join).

The second brother was Bryan Dugles Berryman. He fought and died in the Korean war. He was the third of the four brothers and died unmarried and without any children. He was 20 years old.  My father was named after his Uncle Bryan, and there are some rumors that Bryan Dugles may have been my father's actual father and that my grandfather married my grandmother when he died. 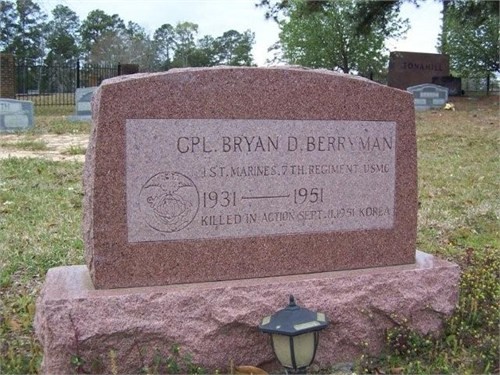 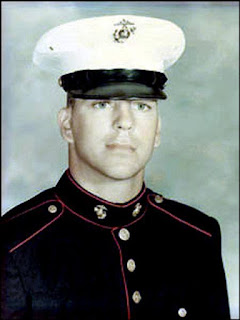 The final life I wish to honor this Memorial Day is a cousin from my mother's side.  I bring to you William Luke St John.   William was the son of my material Grandfather's sister, my great aunt Mary.

William was born July 28th, 1948 in a small little Connecticut town of of Oakdale. He was one of two boys born to my Aunt Mary and Uncle Leo and served with the United States Marines during the Vietnam war. He was a member of "A" Company, 1ST BN, 3RD Marines, of the 3rd Marine Division. He started his tour in Vietnam on Nov 16, 1968, shortly after his 20th birthday. Unfortunately, he only saw 2 months of service and lost his life on January 22nd, 1969 in Quang Nam. He was unmarried and had no children.

On 22 Jan 1969 the 1st Bn, 3rd Marines were conducting search and destroy operations in the mountains 13 kilometers south-southwest of Ha Tin. At 1430 a CH-46 helicopter was forced down by mechanical problems and one platoon of Alpha 1/3 was detached to provide security for the helo.

The Marines received fire from a nearby hamlet. After forcing the enemy out of the hamlet they proceeded to capture a nearby bit of high ground. After the CH-46 was lifted out, the security platoon was joined on the hilltop by a second Alpha 1/3 platoon, and the two platoons established a night position. The day's engagements cost the lives of three Marines:

William was awarded The Bronze Star, The Purple Heart, The National Defense Service Medal, Vietnam Service Medal, and Republic of Vietnam Campaign Medal. He was buried in Saint Patrick Cemetery in Uncasville, Connecticut.

If you ever visit Washington DC and are able to view the Vietnam war Memorial, you can find his name on the West side of the wall, on Panel 34, Row 61.