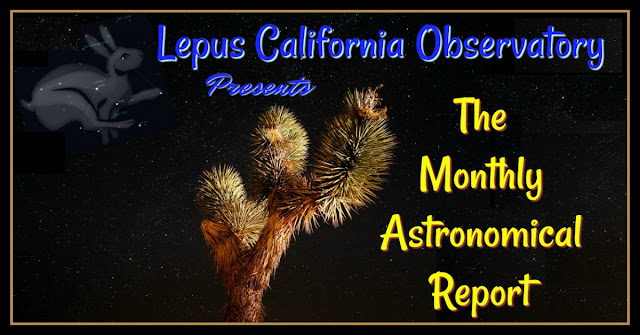 Another thank you to Lepus California Observatory for this monthly astronomical report.  :)

March marks the return of spring or autumn depending on which half of the planet you are
located on, and is prime time viewing for the solar system’s inner planets as both are at their best
presentation this month. The moon becomes super again and a wedge of eerie light takes stage in
western sky for a few weeks. This is your astronomy report for March 2020.

The big news for this month is the March equinox, heralding the end of winter and beginning of spring in the northern hemisphere, as well as the end of summer and beginning of autumn in the southern hemisphere. During the equinox the northern and southern hemisphere are equally illuminated by the Sun, and the length of day are night are approximately the same. As time progresses forward past the equinox, the length of day increases in the north and decreases in the south until we arrive at the solstice. Daylight savings time begins in the U.S. a couple of weeks before the equinox.

March is another quiet month for meteor showers. Just as in February, the Gamma Normids as still
active but with hourly rates only at 10 or less you’ll need some time and patience to see any. The next
well known shower is the Lyrids, which reach their peak in late April.

If you are lucky enough to live far enough north to spot auroras, then you should definitely be on the
lookout this month. March is typically the most active month for the Northern Lights. Instability in the Earth’s magnetic field during the equinoxes allow for the increased generation of auroras.

Just like last month, the Moon reaches super status again on March 9th . This is the second of four
supermoons for 2020. The March full moon is also known as the worm moon, because it coincides with the time of year when earthworms begin to emerge from the thawing soils 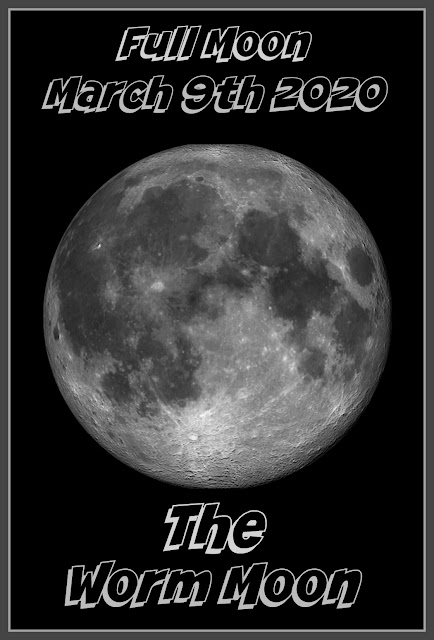 Throughout the month you may notice a faint glow in the western sky after sunset (northern
hemisphere) or in the eastern sky before sunrise (southern hemisphere), appearing it’s brightest about
an hour after dusk/before dawn. This band of light is called the zodiacal light and is caused by the
scattering of sunlight by cosmic dust particles in the solar system. The glow is very faint, so faint that it’s easily overwhelmed by light pollution or moonlight and thus requires reasonably dark skies to observe. The days leading up to and after March 24 will likely be the best time to observe, as the moon is new on the 24th.

On March 24 both of the inner planets Mercury and Venus will be at their highest point above the
horizon in the dawn/dusk sky. For Mercury this means greatest western elongation, and will be visible in the morning sky before sunrise. The opposite will be true for Venus, which will be at its point of greatest eastern elongation and will be shining brightly in the evening sky after sunset. These are the best times to observe the inner planets because their greater altitude means less atmospheric distortion to look through when viewing with a telescope.

Comet C/2017 T2 PanSTARRS is still on the move. Around March 7th , the comet will be passing by the Heart Nebula (IC 1805) in the constellation of Cassiopeia. This will present a great imaging opportunity for those who dabble in astrophotography. It is still rather dim at around magnitude 9, but is expected to brighten up a little by May.


In the Milky Way

Have you been keeping an eye on Betelgeuse in the constellation of Orion? Over the past few months
it’s been well covered in the news that the red giant star has been dimming considerably and was
thought to possibly go supernova at any time. Not so fast. The dimming trend has stopped and has
actually reversed, with Betelgeuse slowly starting to brighten again. Looks like the star may not be about to blow after all, not anytime soon anyway. It’s still worth observing, however. Go out and take a picture tonight of the Orion constellation, with Betelgeuse in it, taking note of the ISO and exposure time used.


A couple of months from now, before Orion leaves the sky for the season, repeat the image with the
same settings. You might be able to compare the brightness change. 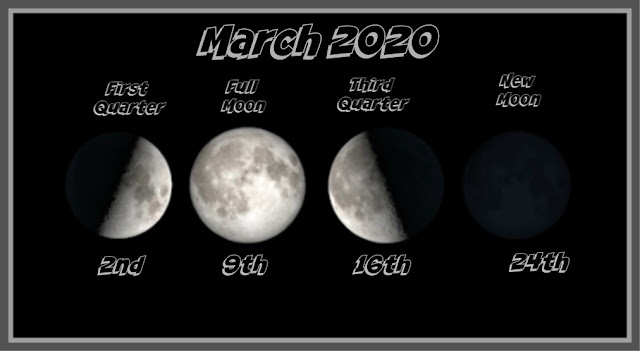