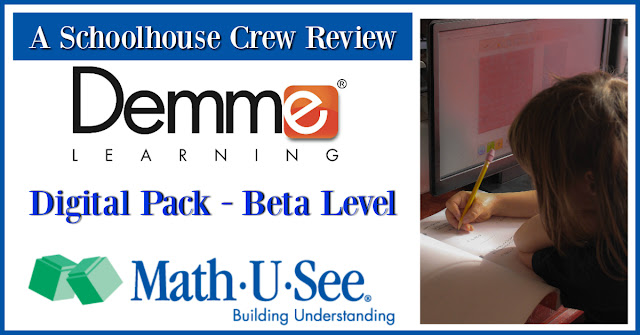 I do not like Math.  Throughout my education, mathematics has always been the one subject that I absolutely could not stand.  For starters, I was bad at it.   I was lucky if I got a C in any of my mathematics classes in 12 years of school.  Second, I had terrible teachers who liked to give the "You will need this in your life" speech, I even had one teacher tell me that we would need to know the circumference of the bun to the circumference of the meat patty working at a fast food joint.  Yet, as important as they claimed math would be in our lives, they showed absolutely no passion for the subject and they seemed miserable being Math teachers.  Their lackluster teaching methods rubbed off on me as well, leaving  me bored and uninterested.   I always just made the excuse "I'm more of an English person.".  This was apparent in my SAT scores when I scored exceptionally high in English but barely pulled a 300 on the math portion.   It is because of my lack of knowledge in math that I really worried about how I would instruct my children in mathematics in our homeschool without my lack of enthusiasm rubbing off on them. I didn't want to repeat the cycle.  It was also the one misgiving my husband had in regards to my homeschooling the kids - What would I do when we got to higher math? 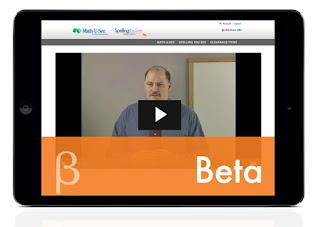 We tried various math curriculum but none of them were the proper fit for our family. Either I didn't know what I was doing or the format was just too boring for me to keep them interested.   It is for this reason that when I was given the opportunity to review the Digital Packs from  Demme Learning's Math-U-See , I went into the review with the hopes that this would be the math program for us.   For the last five weeks, we have been using the Beta level Digital Pack and I can honestly say, I think we have found the math curriculum that fits our needs. 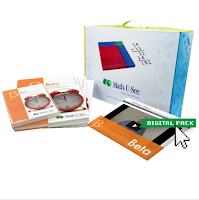 What is the Math-U-See Digital Pack?

Math-U-See is the flagship of Demme Learning - a company founded by pastor and schoolteacher Steve Demme in the 1990s.  A family business, Demme Learning has grown to include other ventures  beyond mathematics such as Spelling-U-See, however, Math-U-See is probably the most popular.

If you homeschool, you are probably familiar with the popular Math-U-See program.  It is a manipulative-based curriculum that is designed to teach specific skills in a specific order.  Using a combination of video instructions on a DVD , an instructional manual, an integer block set, and a student workbook, the Math-U-See system uses both a systematic and cumulative approach to teach new material while also reviewing old material to keep it fresh in the student's mind.

Many, however, are not familiar with the one year subscription to the browser based Digital Packs
that are offered on the website. These Digital packs offer the same video instructions that are found on the instructional DVD but as a streaming video format which can be viewed on computers, tablets, or phones.  PDF versions of the "Lesson Summaries" are also accessible as well as other resources such as a worksheet generator and answer keys available on the Digital Pack Dashboard as well as an application that offers a digital version of the integer blocks if they are used in the selected Math-U-See level. As the Beta level teaches skip counting, the digital pack also included MP3 downloads of the Skip Counting songs as well as a PDF of the lyrics and sheet music.

We were given a one year subscription of the Beta Digital Pack for us to review. For the last 5 weeks, we have used both the Digital Pack along with physical copies of the Student Workbooks (which I purchased)  for five days out of the week (M-F).  We easily cover one lesson a week, including the seven workbook pages included for the weeks lessons.  On Friday, we take the lesson test included in the Test booklet (which is sold together with the workbook).

Each Sunday night, I would sit down and familiarize myself with the lesson for the week.  This included reading over the included "Lesson Summary" which gives the technical explanation of the concept being taught, followed by watching the video of Steve Demme teaching the lesson to a small class of students. These videos are short, anywhere from 5 to 10 minutes, and I tried to watch them at least twice to get a good feel for how to present the information.

On Monday, I would teach the material and the kids would work together, with my help, on the first of the 7 worksheets.  If the manipulative were needed for that lesson, they would take turns using the included ones on the website or using the base ten set we already have. On Tuesday, I would do a quick review of the lesson and the kids would work the second lesson worksheet.  On day three and four, they worked  on 2 lesson worksheets each day  alone, although I would offer assistance as needed.

By Day 5 they would typically have the concept understood so they would do the final worksheet and then they would take the lesson test.    If for some reason I felt more work was necessary, I printed off extra worksheets using the worksheet generator included with the Digital Pack.

Right about now I should mention that Ashleigh takes after me as far as her attitude towards math.
She doesn't like it and she really wants nothing to do with it.  Garrett on the other hand, seems to have his father's mind for numbers and really does enjoy doing math.  Unfortunately they both hated the previous book based math curriculum that we used and because of this, they were struggling.   In my opinion, they were far behind where they should be at.

Using the Math-U-See program, I have seen such an increase in both Ashleigh and Garrett's skill level and confidence with Math.   While I am not surprised with this with Garrett, I am floored at how quickly Ashleigh has taken to this particular teaching method.   Within 5 weeks, she went from throwing a fit and bursting into tears when being asked what the sum of 7+2 is to doing multi-digit problems such as 456+213.  This week they began solving simple algebraic equations as they had to solve for an unknown factor.

The truth is, the reason the kids were falling behind wasn't the old curriculum - it was Mom!  I just didn't know the first thing about teaching them math concepts.  By watching the videos included with the Digital Pack, I was able to get an understanding on how to present the material to the kids in ways they could understand much better than just trying to show them over and over how to do it.  Mr. Demme is an excellent instructor who shows how to combine visual, audio and tactile cues to each lesson.  Because of this, the kids have quickly come to enjoy their math lessons each day and we haven't had one of Ashleigh's Math Meltdowns in 5 weeks.  These videos have been invaluable to me as an educator.

I especially like that I can access the videos on all of my electronic devices.  Whether I want to watch the video on my Kindle while relaxing in a bath or reading while in bed, I had no issues accessing the videos or the PDF Lesson summaries on any of my devices.  This makes accessing the videos much more convenient then having to have access to a DVD player and a television.   There was even one time I realized I did not watch the lesson before hand and I was quickly able to watch it on my laptop with earbuds while my kids worked on another assignment.   In my hectic life, convenience is always a plus. 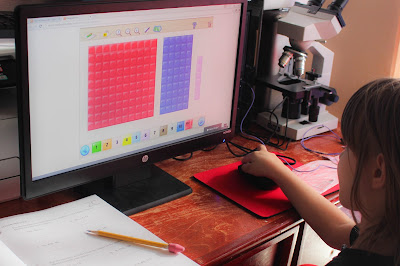 The online digital manipulatives are also a huge plus.  While each of the kids owns their own Base Ten kit, the physical Integer  Block kit offered by Math-U-See offers increments beyond units, tens and hundreds, making it a vital part of teaching the program.  I'll be the first to admit that the main reason we tried other curriculum before Math-U-See is because I could not justify the cost of the integer set without putting my family into a financial hardship.   It seems as if Demme Learning understands this and in response has made an affordable alternative for families on a tighter budget.   While they might not be the same as your child putting their hands on the actual blocks, the digital manipulatives achieve the same result as students drag and slide units, One-T's and Chocol-Eights onto their virtual workstation.


My ONLY complaint (and it is a very very minor complaint) is that there are a number of steps one must do in order to log into and access their Digital Packs.  This would be easily rectified with a landing/launch page just for logging into purchased packs.

We have loved being on this review and it has quickly become our favorite Math Curriculum.  Since Math-U-See offers math levels from Primer (which offers a gentle introduction to mathematics) all the way to the higher level maths like Calculus, I honestly can see us sticking with this program throughout the kids entire homeschooling years.. I only regret not trying it earlier with my kids. 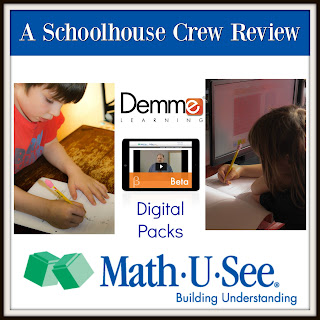 Demme Learning and Math-U-See can be found at the following Social Media sites:

Demme Learning was genereous and offered 100 members of the Review Crew the opportunity to review their products, ranging from Primer all the way to PreCalculus.  If your interested in a particular level, be sure to click the banner below and read the other reviews available.