The Pray-ers (A Homeschool Crew Review) 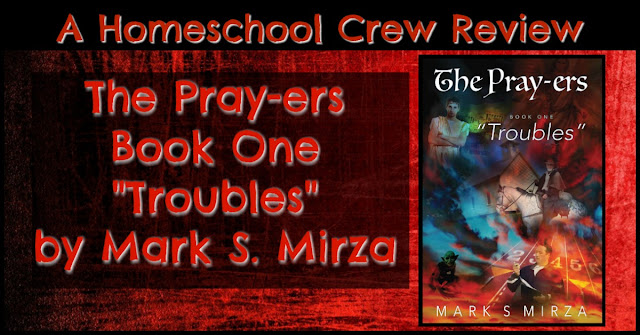 Being a stay at home mother of three with a husband that works nights, I often find myself retreating to a hot bath with a book to rewind after the kids are in bed. I love to read and I have a vast taste in reading materials.  Very often, I resort to Christian fiction as I find it explains certain concepts in a way that I previously might not have thought of, resulting in a different understanding of things such as faith, humanity, salvation and Jesus's teachings.   So when I was given the opportunity to read Mark S. Mirza's  book "Troubles" which is book 1 of The Pray-ers series  from CTM Publishing Atlanta, I was pretty excited.  The book promised a historical Christian fiction focusing on the power of prayer in the characters lives.  Like many Christians, I find prayer to be one of the hardest disciplines of my faith and I hoped to gain some insight into how to use prayer properly in my own life. 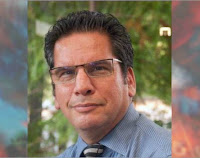 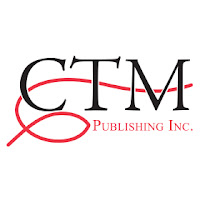 "Troubles" is written by Mark S. Mirza, the founder of Common
Thread Ministries, and focuses on the lives of three individuals (Epaphras, Alexander Rich and the fictional Dr Dale Riley) and how their conversations in prayer with the Lord helped each one through difficult situations in their lives.  A paperback book of 372 pages, the book takes place in three different time periods and addresses how the battle between the demons and the Angels of God might occur when these difficult times arise in our own lives. 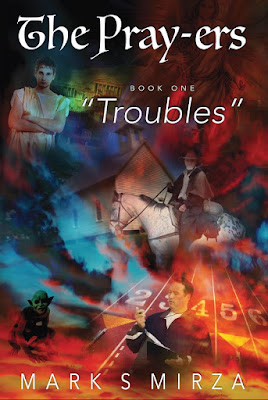 I grew up in the church and learned the various Bible stories such as Noah's ark, the story of Moses and the Christmas story. However, I can't say I recall ever learning about what happened after the ascension of Christ.  Granted, from my own study of the Bible, I do know major players such as Paul, but I personally had never really given much thought to Epaphras nor have I spent any time learning about the various missionaries of the past. It's something that I do want to learn about and will probably learn about them along with my kids as we include them in our lessons later down the road. So the story of Alexander Rich was new material for me and I did enjoy reading about him.

The story really does display how properly praying is more important than overzealous "showy" prayer. It also does a great job of showing how sometimes, prayer helps us to understand the problems that weigh upon our heart and how God uses those moments where he is silent to help guide us to understand what we need to pray about.

I would honestly like to say that I loved this book, that it truly opened my eyes to how a proper prayer can be a powerful thing.  It does display the power of prayer really well, but the problems with this book unfortunately create such a difficult reading experience that it was very hard for me, as the reader, to concentrate on the story.

The first (and biggest) issue I had with the book is the need for/lack of an editor.  There were sentences that made very little sense, run on sentences that left me having to read three of four times in order to understand the passage, lack of quotation marks when characters are speaking yet using quotation marks when they aren't.   I found it extremely difficult to focus on the story when I had to reread passages multiple times which made the story less enjoyable for me.

A second issue I had was the almost constant repetition of insignificant details in the story. For example, in the first chapter alone there were three references that tell the reader that a particular demon as extremities that "look like toothpicks with skin over them", a detail while repeated doesn't add anything important to the story.

A third issue I disliked was the constant flipping between the various characters with very little warning beyond a paragraph break.  This particular book covers many different time frames and realms. The author does kindly title each chapter with the era that it covers (First Century, Nineteenth Century and Current era) but includes things both in those eras and in the different realms such as here on Earth as well as the demons realms and in Heaven.  But the jump between these realms as well as the time frame in which one is seeing these realms is extremely disjointed. One moment you are observing what is going on in the First century, then a paragraph jumps to something that happened previously many years past in the demons realm and then a jump to another paragraph once again in the First century but within the Angels realm.  I found this very confusing and hard to keep track of. To add to this confusion, one paragraph might be in regards to one demon watching and observing the character in the current era but then it flips to another demon involved in something completely different.

Overall, I think Mr Mirza weaves a nice story but this book could benefit from an editor. The story itself is not bad and could be an enjoyable read if a professional editor could be given the opportunity to proofread and correct the many issues that this book has.  I really enjoyed reading about Epaphras and Thales, Alexander Rich and Dale Riley but the issues with this book created a unsatisfying reading experience that I wouldn't recommend to other readers.


To learn more about Mr Mirza and his book The Pray-ers / Book 1 Troubles
be sure to visit him on his social media pages:

Posted by Brenda Prince at 9:10 AM