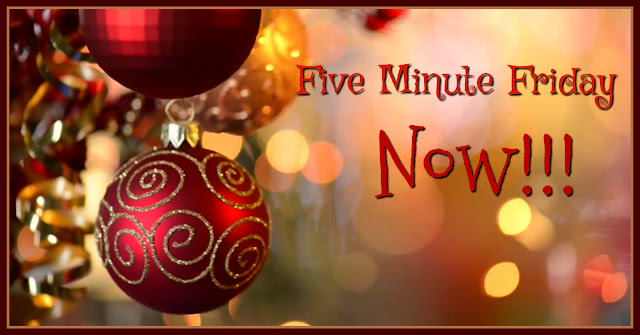 This week, Kate at Heading Home has offered up the word Now for the word of the week.  If your interested in joining in with the Five Minute Fridays, be sure to click the button below

We often live in the Now.. Everything is so rushed, everything is in the moment.  We want to be there NOW!!!  We want it NOW!!

However, a lesson I learned this week is that sometimes Now isn't possible and instead you gotta work for a future "now" rather than the "now" of the very moment.

Today, I accomplished a 2 minute plank.  That is my "now".. However, four days ago, that "now" wasn't possible at all.  A week ago, it was hard to accomplish a 45 second plank.. 4 days ago, I failed miserably at a 90 second plank.  Today's "now" of 120 seconds wouldn't have been possible if I just wanted it now, instead I had to have the past to accomplish what I did today.

They want to be at a fun place "now" but don't realize that getting there means driving to that location, which means "now" isn't even feasible.

Sometimes, Now takes some work, planning and follow through on our part.  But once it's accomplished, that "now" moment is so much sweeter.