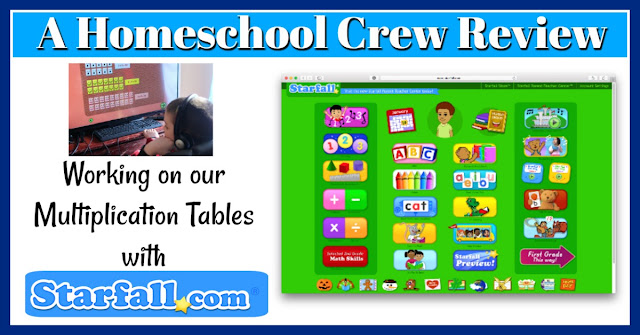 For the last few weeks, the kids have been having a blast practicing their math and language arts skill with the Starfall Home Membership from Starfall Education Foundation. An annual membership, the Starfall Home Membership is a single account that can be used by all members of the family for one year that can be accessed on multiple devices such as tablets, phones, and computers.

Starfall Home Membership provides access to interactive content in the form of games, riddles, songs, poetry, and a reading library to help develop skills for Pre-K through 2nd Grade. By using fun animations and sounds as well as engaging gameplay, younger students as well as for older elementary students who might need extra practice to master skills have access to a useful tool that provides hours of educational fun.

Available on both a website or as a downloadable ap for both Android and Apple products (Google Play Store, iTunes and Amazon App Store) , Starfall can be used on different platforms, whether it be a home computer, tablet, Kindle or Smartphone.  Both the computer website and mobile app are very easy to navigate allowing for the youngest of students to easily figure out on their own.

Both the website and the mobile versions of Starfall are free from advertisements or outside links to other pages.  Even the  Starfall Store and the Parent-Teacher Center for Starfall require an adult to answer a question.  While a student who is able to read well and a bit more advanced in math might be able to circumvent the process, the average Kindergarten or 1st-grade student most likely will not. 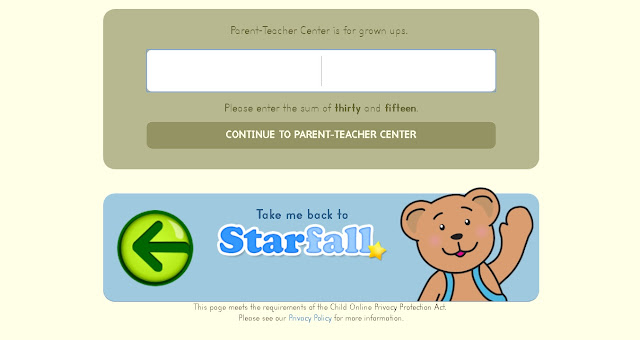 Being that the website doesn't have links to outside websites or questionable advertisements allows for safe viewing of the content.   I have no problems allowing Ashleigh and Garrett to play this on their Kindles or to hop on the computer and work on this while I'm making dinner or grading work instead of hovering over their shoulder to make sure that they do not see something that I would prefer they did not.

The Parent-Teacher center offers information to help to learn what State Standards the different offerings on Starfall teach and how they align with your state.  There are many resources (some free without membership) to use along with the Starfall website, such as printable worksheets, althought most of these worksheets are for Kindergarten and 1st Grade and were a bit young for my kiddos. 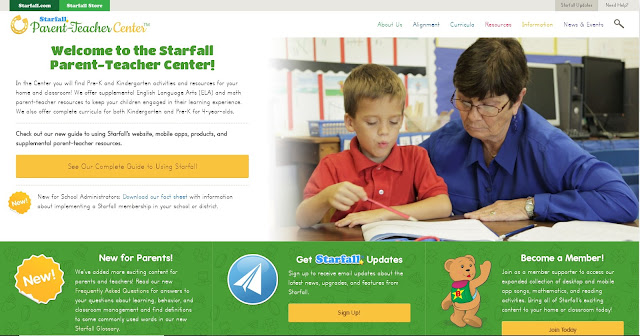 Starfall has been a wonderful addition to our educational toolbox. The kids have struggled a bit with their multiplication tables (something that as an adult, I still struggle with to be honest) and we have used Starfall almost exclusively for practicing memorizing these skills.  From 2x all the way to 9x, I can finish each school day with telling the kids to work on Starfall for 15-20 minutes and know they are getting much-needed practice on a skill they need to work on. 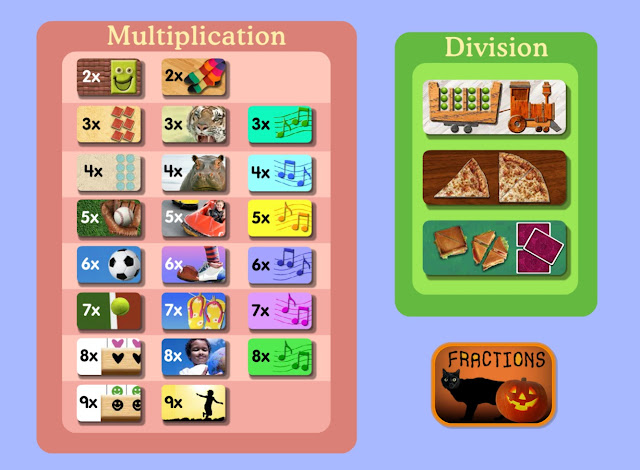 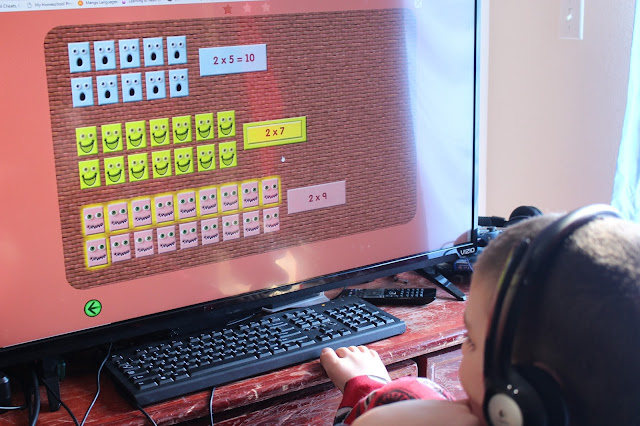 Garrett really likes some of the other games, such as the Road Trip game.  It focuses on place value which Garrett doesn't necessarily need extra help with but he still enjoys the graphics.  It doesn't hurt that he can select a car that somewhat resembles our own car.  It also shows some basic geography and photographs of places along the trip.  He likes the graphics and the photographs, so this particular game appeals to him. 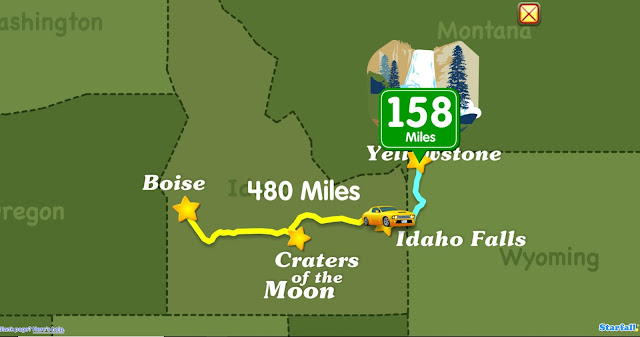 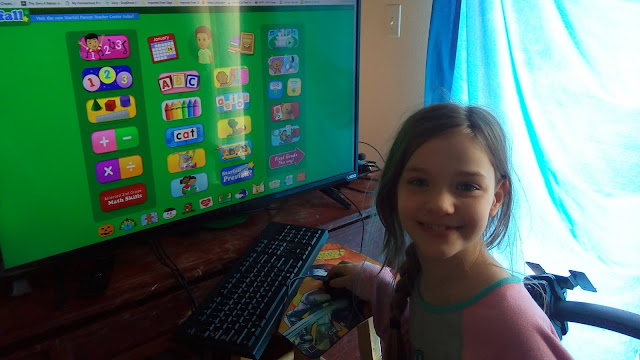 When my oldest daughter, who is now 18 and graduated, first heard that the kids were going to be reviewing Starfall, she was hit with a major case of nostalgia.   She herself used Starfall when she was in Elementary school and she admits that not much has changed since she used it herself.      Now Ashleigh and Garrett will be able to continue with their learning using Starfall as well. 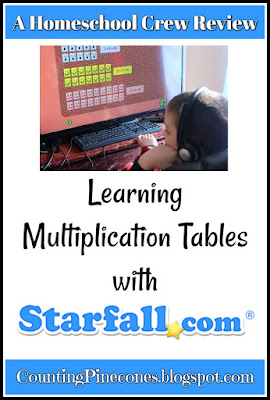 Posted by Brenda Prince at 7:55 PM