Home School in the Woods (A Homeschool Crew Review) 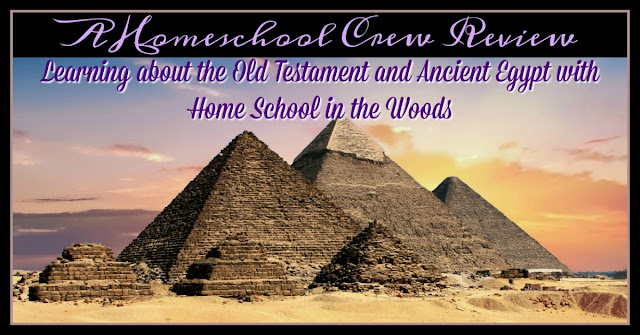 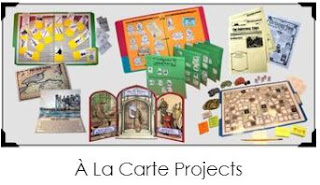 Being a family that really enjoys products from Home School in the Woods, we were thrilled when we were given the opportunity to review a few of their stand-alone Á La Carte  products.  These are items such as lapbooks, folder games, timelines, and newspaper projects that previously were only available with larger purchases such as the Project Passport World History studies.   These a la carte products offer a wide range of time periods of history, from ancient cultures such as Egypt on through American History and the World War II. 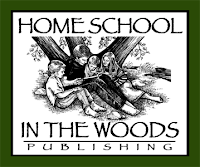 We've used a number of other products from Home School in the Woods in the past, from learning about the 50 states with the Make-A-State Activity Pak, or getting hands-on with History with the Project Passport: Ancient Greece or the Project Passport: Middle Ages studies, so we already had a good idea of what the quality and educational value of these a la carte items would be beforehand.


Both items were delivered in easy to download PDF files that could be printed easily and quickly.  The files are in black and white which means that there is plenty of opportunities to get creative with markers, crayons, map colors or even paints. 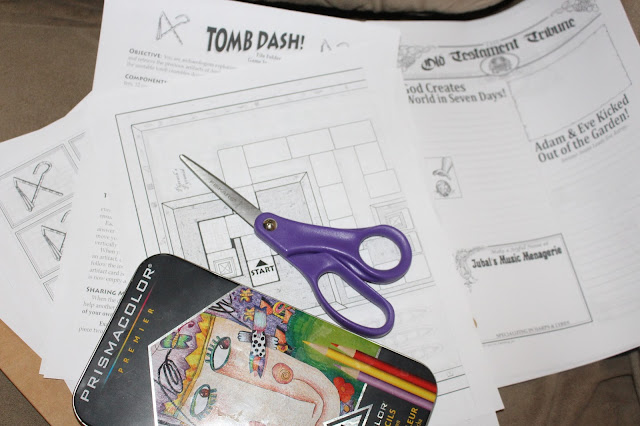 The purchase of Tomb Dash! provides the user with a downloadable zip file that includes three files.  First,a thirty-six page PDF file contains game assembly instructions, printables for the game board, game cards, player pieces, game play instructions and the license agreement.  Also included in the zip file are two MP3 files (one for a ten-minute game, the other for a fifteen-minute game) to be used as a game soundtrack as well as a timer to indicate the end of the game.

The game itself consists of the game board, 126 question cards, 16 Action cards, 12 cover chips and six player markers.  Each of these are supplied in the PDF and are printed on either colored paper or cardstock.  A file folder is also required for the game board along with glue (or double-sided sticky tape) and colored pencils or makers.    A standard six-sided dice is also needed for gameplay. 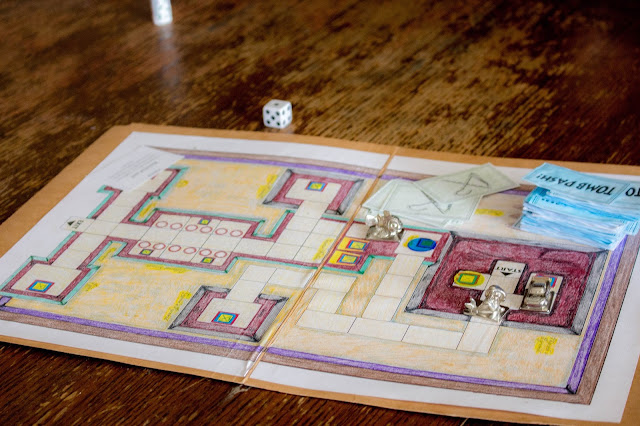 Tomb Dash! is a cooperative type of game where players work together to exit the tomb and collect artifacts before the timer runs out and the pyramid complex caves in (the mp3 soundtrack comes to an end).  Each player takes a turn answering a question.  If they can answer the question, they then roll the dice and move their player piece the allotted spaces. Players can also share their turns with other players to accomplish the final goal.

Each of the 126 cards contains trivia questions in regards to Ancient Egyptian history and these questions are extremely challenging. 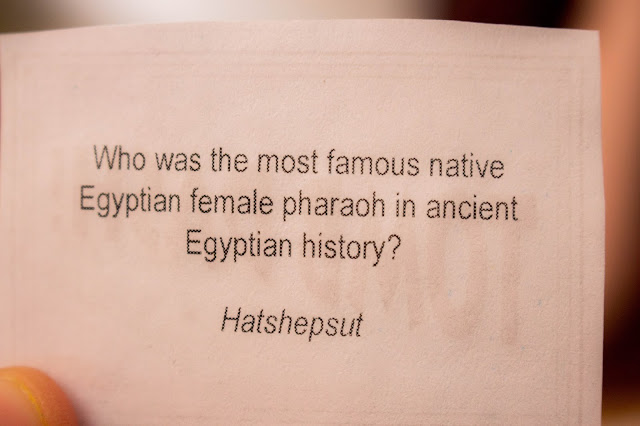 We had fun trying to play Tomb Dash! but what we did learn from playing is that I really want to purchase the Project Passport: Ancient Egypt study that this a la carte product comes from because the answers to the questions come directly from the Project Passport study. 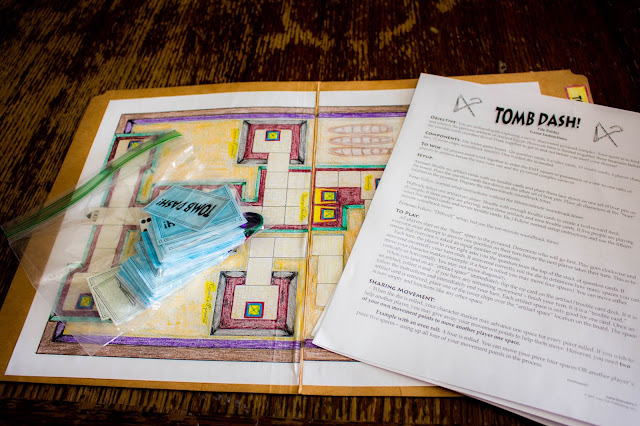 Our family is not strangers to the folder games from Home School in the Woods.  Having used a few different Project Passport products and the Make-A-State Activity Pack, we have had experience using the games that are typically included with these products.  (Both the Name that State! game, Journey Through the Middle Ages game, as well as the Greek Life! game in the closed folder are available for a la carte purchases). 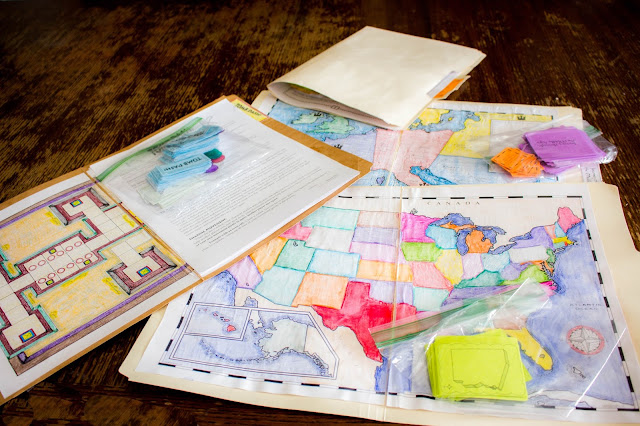 I really like that these games are easily assembled in a simple folder with a ziplock and instructions tucked inside and easily stored on a shelf. 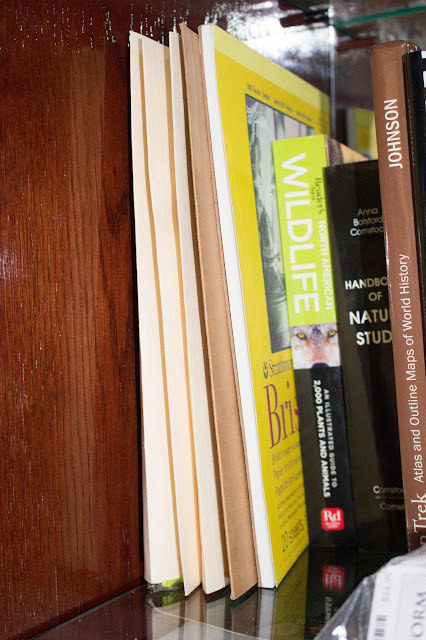 Our second a la carte product we received was the Old Testament Tribune where students report stories and create advertisements for an Old Testament newspaper to help improve creative writing skills.  This a la carte product comes as a 13 page PDF which contains 8 pages of guided writing prompts covering many important stories from the Bible, 1 blank template to add your own favorite stories not already included, as well as assembly instructions and license agreement.  Once completed, the pages are glued together and then attached to paper towel rolls to create a scroll. 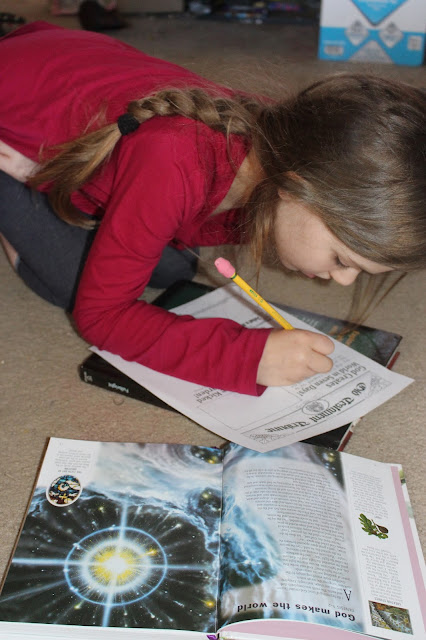 Since we read a Bible story each school day out of our Illustrated Bible, the kids were able to work on this project a little each day.  They would read their story and then check to see if the day's story was included in the pages.  Stories are presented in the same order as they are presented in the Bible.  Some stories include lines for students to write their own narration, as if they are reporting the events to their readers ( sample story: "Was it a U.F.O. or Elijah in a Fiery Chariot?") while others are presented as advertisements for "businesses", for example, Joseph's Dream Interpreting Service or Sampson's Body Building Gym (enroll today and get a free hairstyle from Delilah's House of Hair!). Much of the headlines and ads are humorous and presented in a tongue in cheek style, making it a fun activity for the kids to work on. 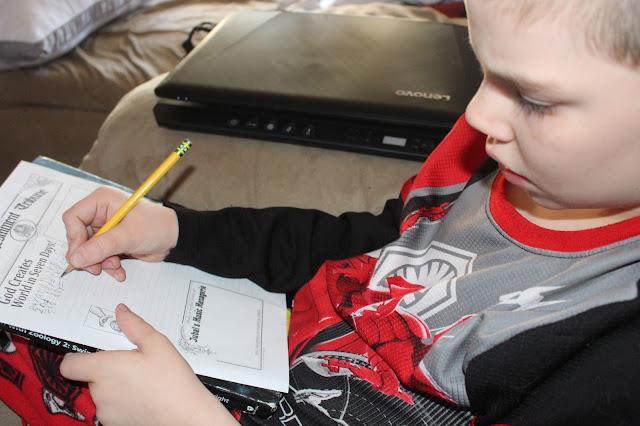 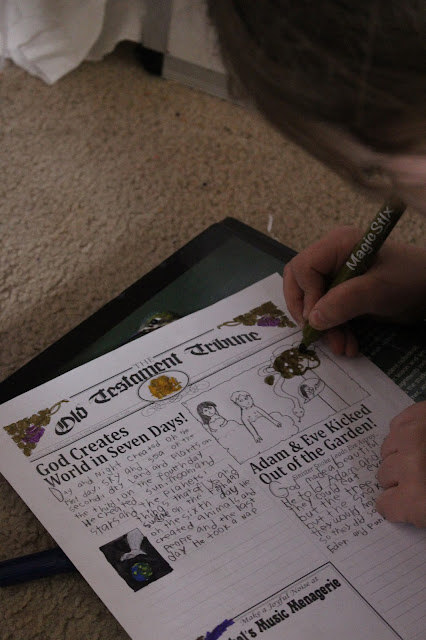 Once completed, the pages are glued together and then attached to paper towel rolls to create a stroll. 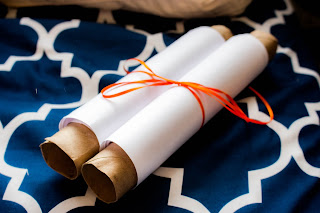 This project turned out really nice and we had a really fun time working on it.  However, we will probably revisit this project in the future and will print on papers that look more like parchment to make a better looking finished product with a more authentic look. 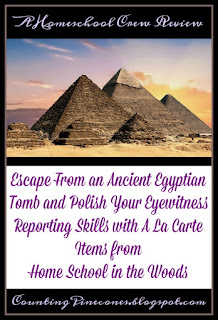 To learn more about the many wonderful education products from Home School in the Woods, visit their website.  You can also find them on the following social media platforms:

Posted by Brenda Prince at 1:17 AM