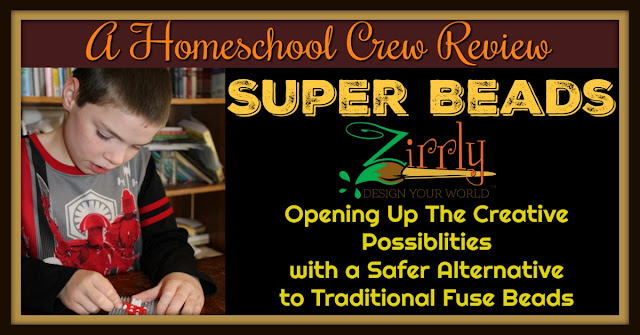 We love crafting in our household.  Whether we're breaking out the sewing machine to make stuffed animals, designing Halloween decorations or just drawing on a piece of paper, someone is always creating something.  We're just crafty people.  So when we had the opportunity to review Super Beads from Zirrly I knew it would be right up the kid's alley.  We were given the opportunity to review the Super Beads Bird Set which includes all the materials to create three different 3D bird projects.
What Are Super Beads?

Super Beads are very similar to most traditional fuse style beads in that they are plastic beads that can be fused together to create colorful projects. However, where most fuse style beads on the market require a heat source such as an iron to melt the plastic beads to fuse them together, Super Beads instead use a much more safe alternative - room temperature water.  Once the beads have been placed and are ready to be fused together, one simply gives it a generous spraying with water from a spray bottle and then allow the project to dry for a few hours. This eliminates the possibilities of burned fingers and furniture as well as potential fire hazard of accidentally leaving an iron on.  Also, there's just something about melting plastics that makes me uneasy due to the release of possible carcinogenetic material into the air I breathe.  Using simple water eliminates all these risks but still creates a fused project.

The day we received our shipment from Zirrly, the kids were anxious to get started.  Members of the 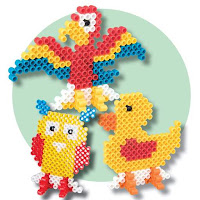 crew were given the option to pick between seven of the different Super Bead project options but we had opted to be surprised and take whichever option was sent to us.  We received the 3D Bird kit, which had all the materials to create three birds (a parrot, a duck, and an owl) that are able to stand up on their own.  The kit included enough beads to complete all three projects (with some extra beads just in case), two plastic peg trays to arrange the beads, three cardboard templates with colored pictures to help guide creating the birds, a plastic design tool for removing both misplaced beads as well as the completed project from the plastic trays, and a small plastic spray bottle to be used with water to spray the project to fuse the beads.  Instructions on how to create and complete projects are also included.

But honestly, rather than telling you about their project, they would like to actually show you.  Ashleigh has made a video to show you not only the unboxing of what we received but also showing you the process of making their projects from start to finish.

A few observations that I made that Ashleigh doesn't mention.  The beads themselves do not have a smell, however, when they are sprayed with water, they tend to take on a slight smell, almost like vinegar or pickles.  It's not overpowering but it is noticeable. 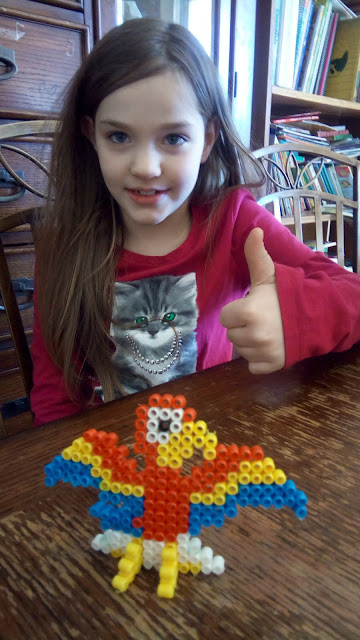 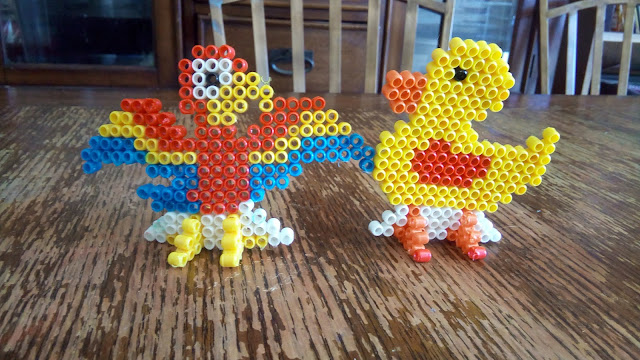 We did give the projects a very generous spraying of water and allowed them to dry overnight. When we took them down the next day, they had fused together well with no beads not fused to the project.  Also, we found that pressing the beads down firmly with a book helped to get them all to line up properly.

We did have some beads left over that were suppose to be used for making the owl project, however, Garrett snuck behind our backs and decided he wanted to make his own project instead.   I should point out, Garrett is NOT at all interested in arts and crafts, however, he really enjoyed working with Super Beads and using them to make projects, so I honestly couldn't get upset with him for using the beads meant for the owl. 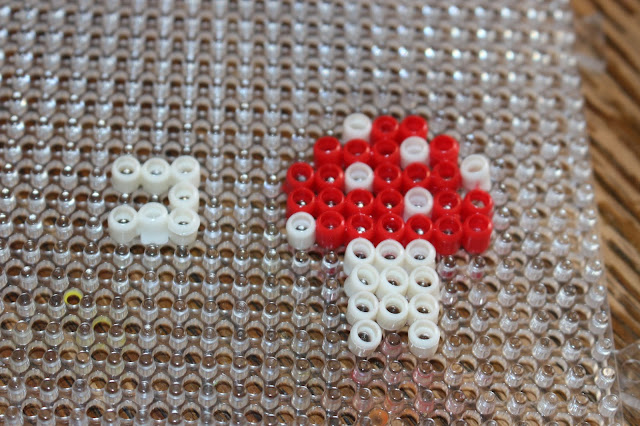 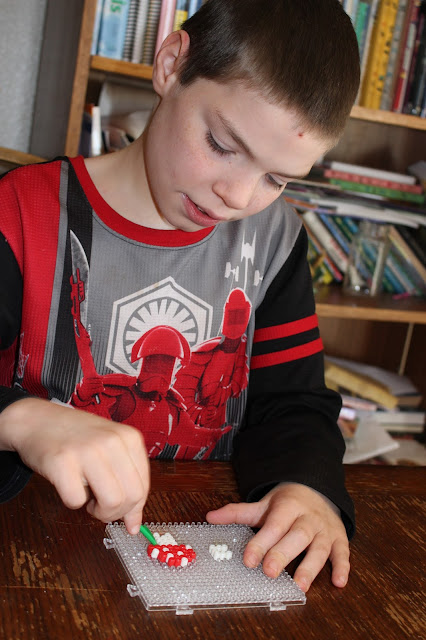 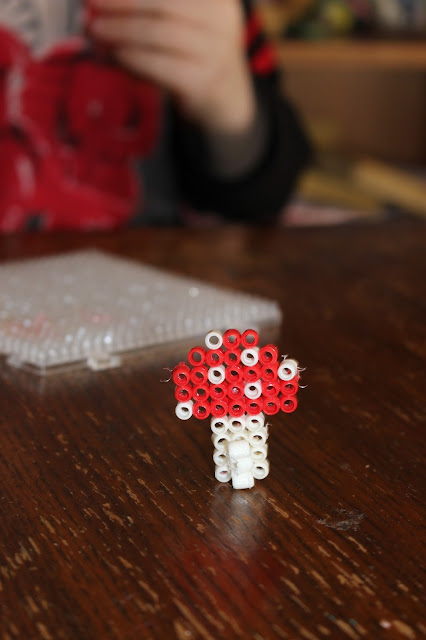 To say that Super Beads were a huge hit with the kids would be an understatement.  Luckily, Zirrly offers a Super Beads Mega Pack that contains 4500 various colored Super Beads that I think it's safe to say I will be ordering in the very near future that will allow for endless creative possibilities for both Ash and Garrett.  In addition to Super Beads, Zirrly offers various other hands-on crafting kits such as DIY wooden games, create your own LED nightlights and paint your own ceramic banks, so I have a feeling my Zirrly shopping cart will be full quite often. 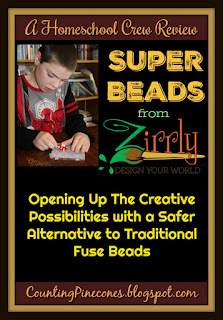 For more information about Zirrly or Super Beads, be sure to visit their website. They can also be found on the following social media sites:

Also, as mentioned, members of the Crew received a variety of Super Bead Kits. Be sure to check out the other reviews by clicking on the link below to read reviews on the various kits we were offered.