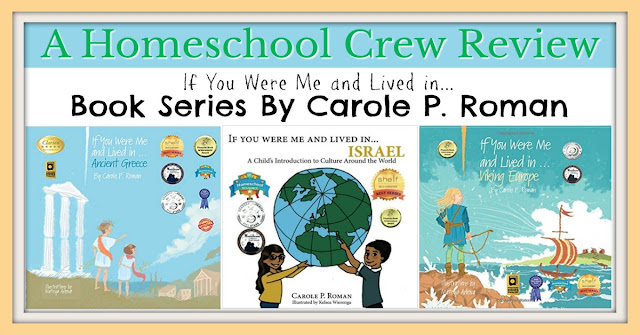 One thing I've struggled with is finding books to add to our library that both of my kids enjoy.  Ashleigh tends to like a large variety of reading material but Garrett is much more difficult.  Often times I purchase books that I think he will like, only to find him staring out the window and paying very little attention to what is being read.  Finding Garrett actually picking up a book and flipping through it himself is something that happens very rarely.

However, there is one series of books that is a guarantee that even Garrett will enjoy - the Carole P. Roman books and collections. Children's author Carole P. Roman offers several series of books for different ages and stages of reading ranging from simple storybooks for younger readers to books about history and culture for more advanced readers.

For this review, we were given out three choices from the many various titles offered from the various series.  This was extremely hard to do as there are so many wonderful titles to choose from. Ultimately,  we selected the following titles from the culture and history selections:


If You Were Me and Lived in...Viking Europe 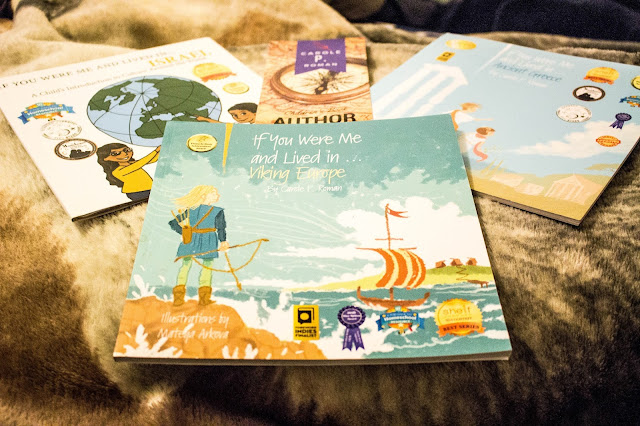 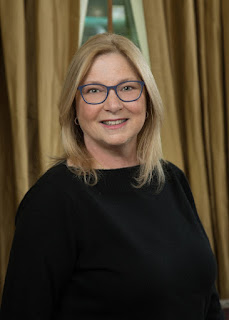 Carole P. Roman is an award-winning author who began writing books after being dared to do so by her son.  After writing her first book based on a video game that she liked to play, she has now written over 35 books.  The "If You Were Me and Lived in..." series allows elementary grade readers to explore what life would be like for people living around the world at various periods of time.  Describing clothing, food, education, games, and religion for each time period, readers are introduced to cultures that differ greatly from our own.  She also has a similar series of non-fiction books for older readers.  Her books, both fiction and non-fiction, have won over 100 awards.

If You Were Me and Lived in...Israel is a 32 page full color, softback book for children and is part of the Cultural series written for readers 4-9 years of age, yet there's plenty of information to make it interesting for older readers as well as become a stepping stone to do further research on topics mentioned in the book.

This book was perfect for us as we had been learning about the Holy Land through our history lessons.  The story follows a brother and sister as they introduce readers to the history and to the modern culture of Israel, as well as daily activities, favorite foods, and popular names for children in that country.  The kids really enjoyed learning about Israel and spend the next few days calling me and their father Ima and Abba which is how Israeli children refer to their mother and father.


As with other books from the Culture Around the World Series, the illustrations by Kelsea Wierenga are vibrant, eye-catching, and very well done. The text is informative but not overwhelming and includes pronunciations for words that may be unfamiliar.

If You Were Me and Lived in...Ancient Greece was our second selection. We opted for this selection because we had been watching the Olympic games and had previously watched the torch lighting ceremony in Greece back in October.

This is the first volume of the Introduction to Civilizations Through Time Series which are written for ages 8-15 years of age.  This particular series of books packs alot of information within their pages, in this case, a 54-page softcover book that also contains a 5-page glossary for unfamiliar or hard to pronounce words. 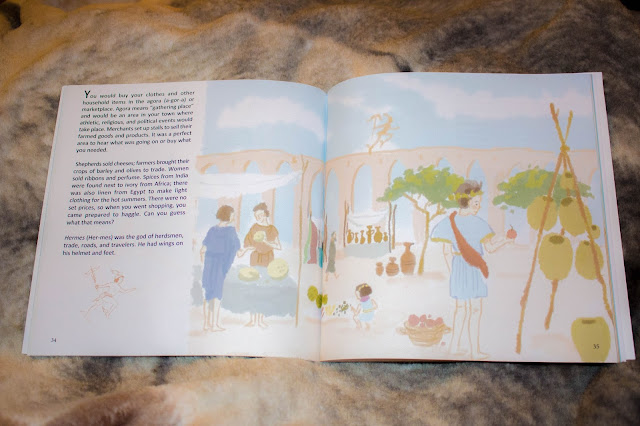 The final book we reviewed was If You Were Me and Lived in...Viking Europe.  This book is also part of the Civilizations Through Time Series and like the Ancient Greece book, is illustrated by Mateya Arkova.  This is the longest of the three books at 76 pages, 7 of which are the glossary. 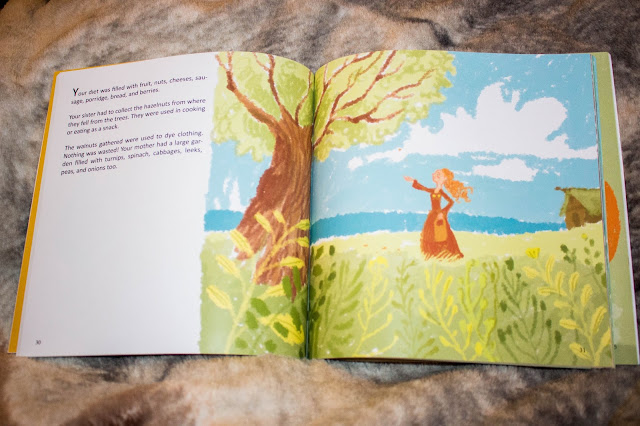 The kids and I had recently covered the Vikings in our history studies so this book worked right into what we had already covered and added more to what we had previously learned. While history books do a great job of covering the facts of what happened, Carole P. Roman's books add a much more personal level to the story, allowing the kids to imagine life from the viewpoint of another child. Both kids decided hands down they are glad they were not named Ulf or Hilde (popular names in Viking days) but we did have fun figuring out what their last names would have been had they been born during that time (Garrett Charleson and Ashleigh Charlesdottir).

As mentioned, these books pack a lot of information within their pages. Readers view the past through the narration of a child from that time period, stepping back in time to view the everyday life that that child would have experienced. From how social systems, government and the structure of the educational system were set up on to how everyday home life would have been, each page delivers insight to the civilization covered.

These are books that I enjoy sitting and reading to the children during their lunch break.  It continues our learning while keeping our momentum going (rather than having them take a 30-minute break and they try to reign them back in for more school) and they find them very entertaining and interesting.  Any book that has Garrett saying "Mom, I really like these books" has my seal of approval. 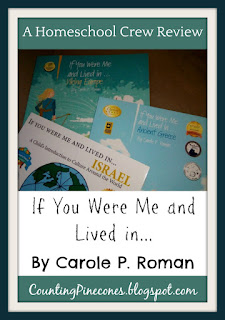 Posted by Brenda Prince at 2:25 PM