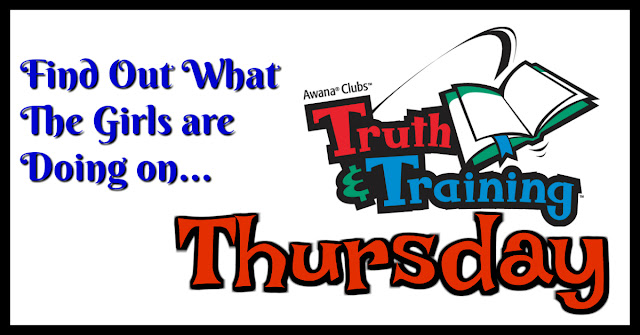 Thursday marked the last day of our AWANA year for the 2017-2018 school year and that meant awards night for all the kids who worked hard on memorizing their verses.

It also marked Alyssa's first year as a Leader for the Sparks group. 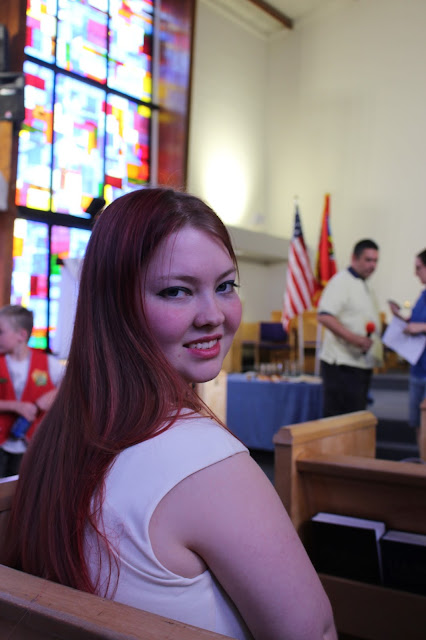 And it marked the completion of Ashleigh's second year in the Truth and Training group. 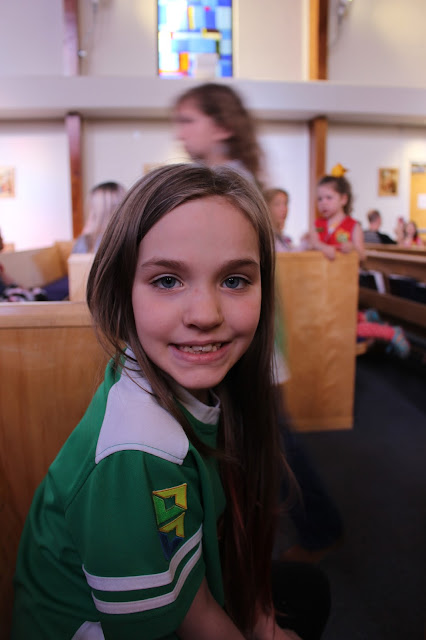 The Sparks had a large group finish off the year.   Almost all of Alyssa's kids finished their books this year. 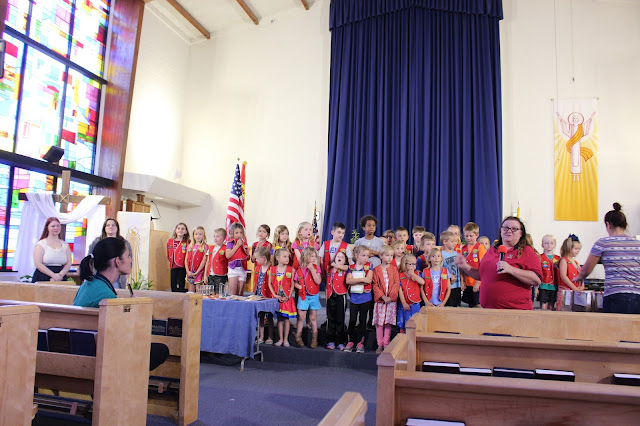 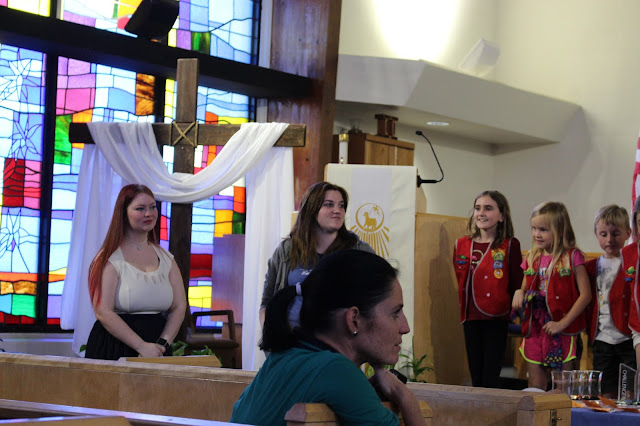 For a Thank You for their hard work with the Sparkies, Mrs Till acknowledged each leader (and the two leaders in training) with a gift card for lunch on base as well as a box of Cracker Jacks. 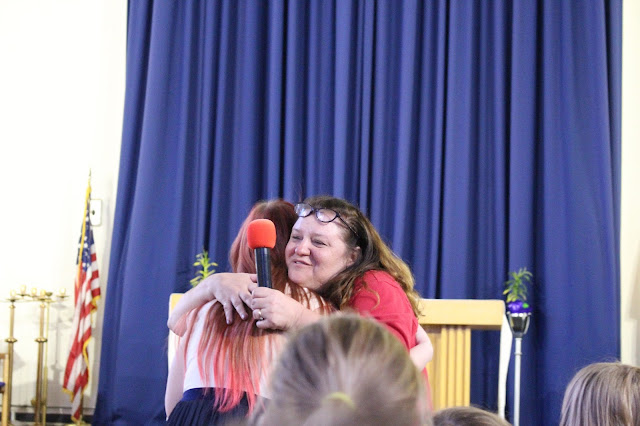 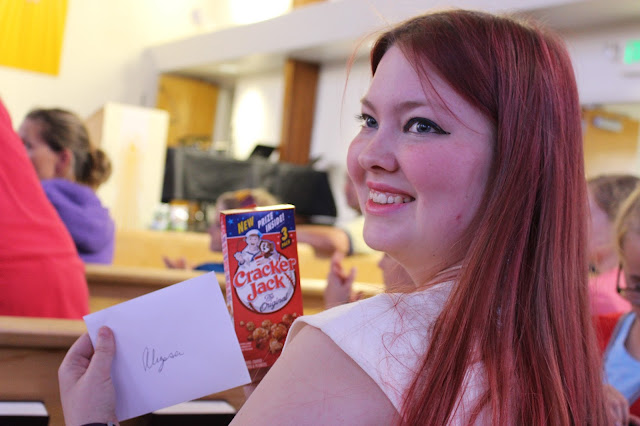 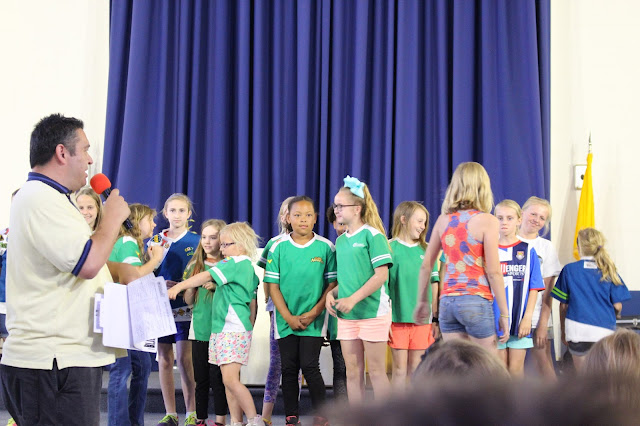 Each kid was given a goody bag from their leaders. 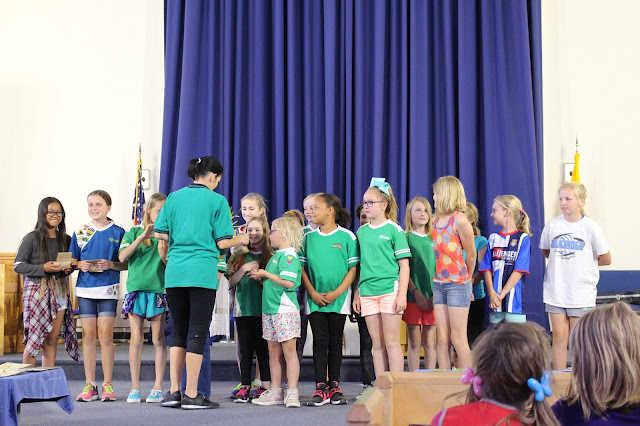 After their goodie bags, awards were handed out. Many of the T&Ters finished their first book, a few of them finished their second book, and at least one of them completed their third book.  They were also awarded pins to those who had memorized not only their verses each week but went beyond and memorized TruthScripts as well. 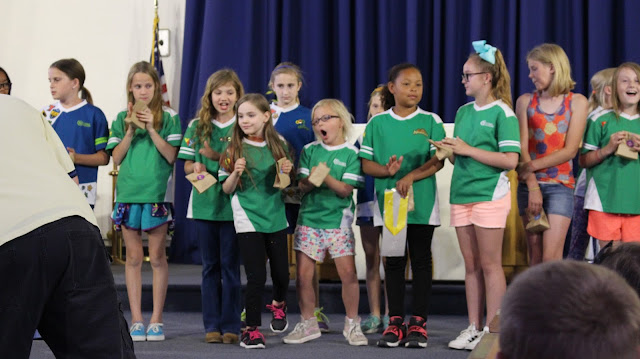 Ashleigh was given the Excellence award for completion of her 2nd book.  This consisted of a pin for her shirt next year as well as a trophy to keep on her shelf. 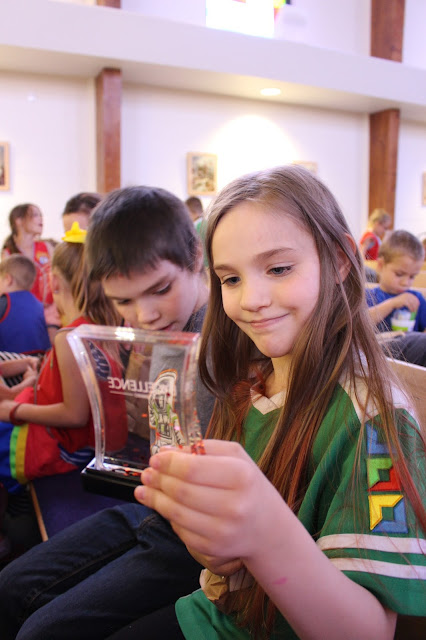 She also recieved two pins for memorizing TruthScripts, one for Psalms 23 and the second for James 1: 2-12. 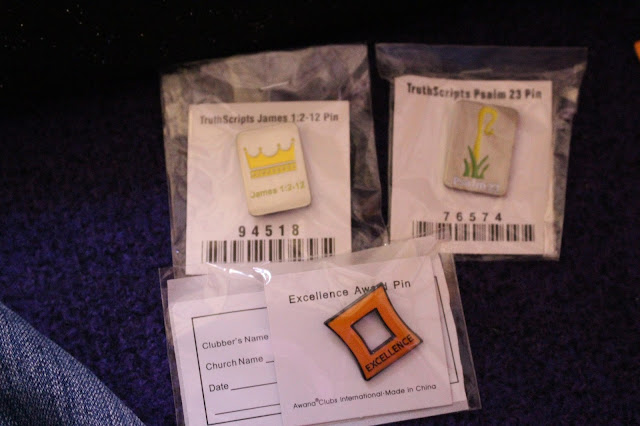 Afterwards, the kids all got together in the Annex for an ice cream social.  They also opened up the AWANA store for those kids who had AWANA bucks to spend. Ashleigh had 35 dollars so we headed outside with our ice creams, enjoyed the nice weather and waited for the store to open. 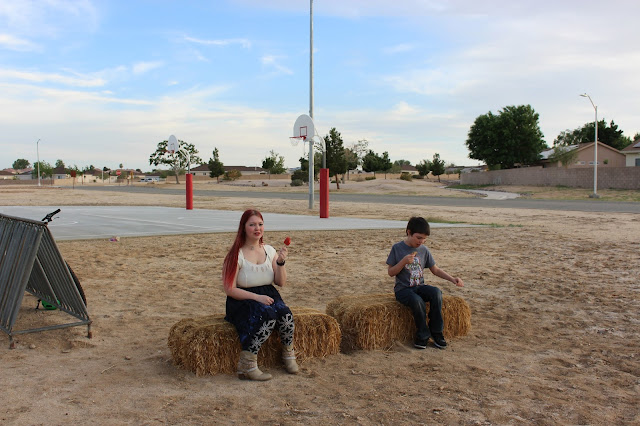 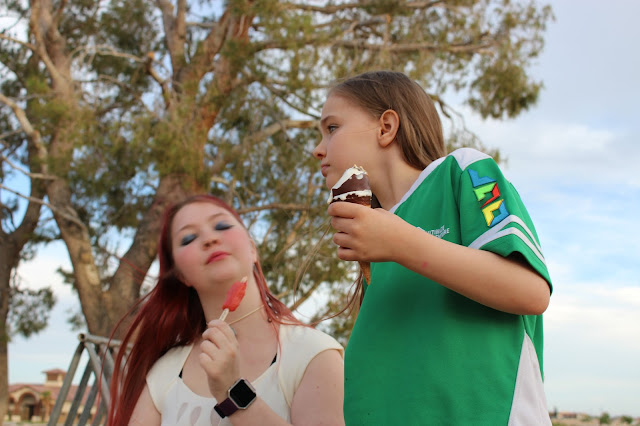 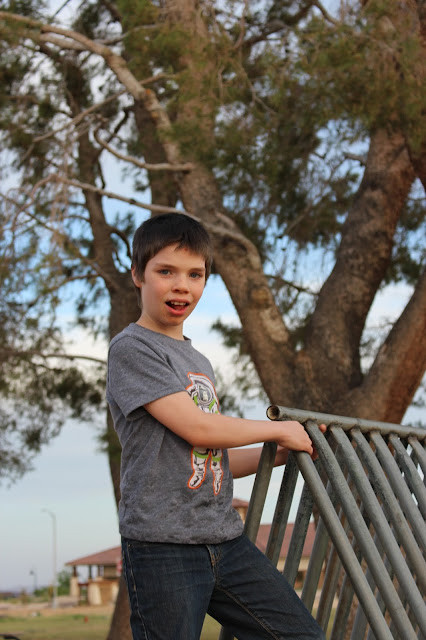 Ashleigh's awards for the year. 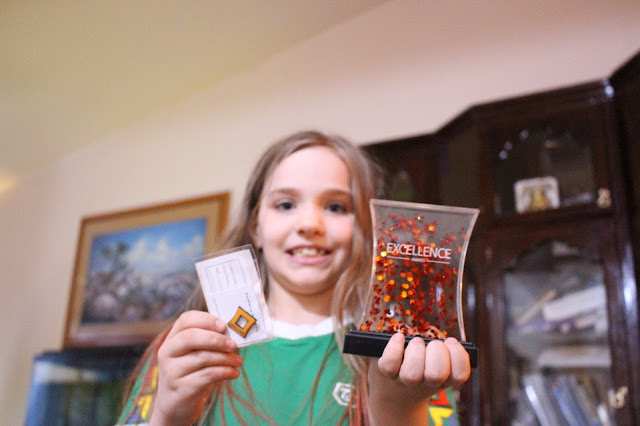 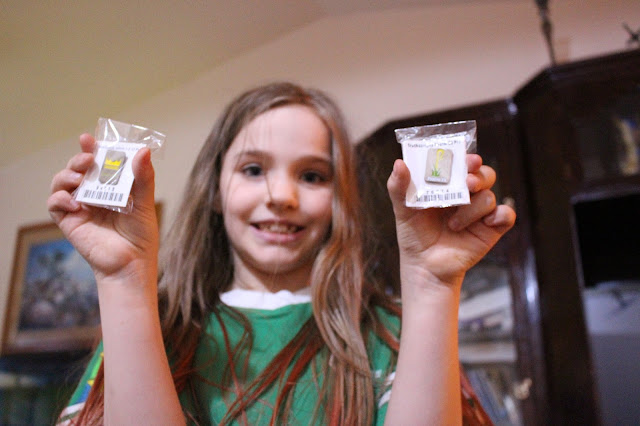 Ashleigh will be back in T&T for her 3rd year in September.
Posted by Brenda Prince at 9:00 PM