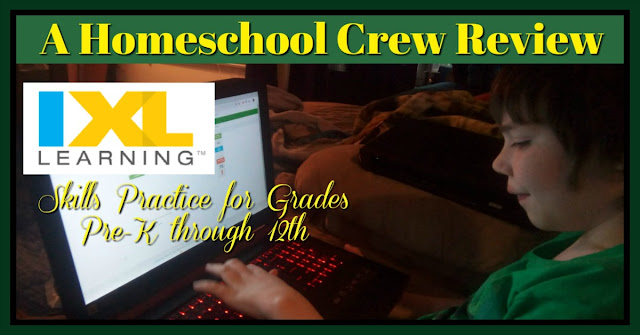 I am always on the look out for new ways of making learning fun for the kids.  Whether it's hands on learning or an application that allows the kids to practice, if it's interactive, it's usually a big hit with them.  For the last few weeks, the kids have been reviewing the full annual membership for IXL from IXL Learning.

IXL originally started as a math practice program for Pre-K through High School.  From those early beginnings in 2007, IXL has since expanded their offerings to language arts, science, social studies and even Spanish.  While both science and social studies are offered only for grades 2nd-8th, the other subjects offer practice activities for Pre-K through 12 grade.  Overall, IXL offers more than 7,000 different skills practice.    The program is available for both English and Spanish speakers.

Skills are practiced by using a browser based website or an internet connected device using the IXL app.  Students log into their account and can select grade level and subject categories that they wish to work on. 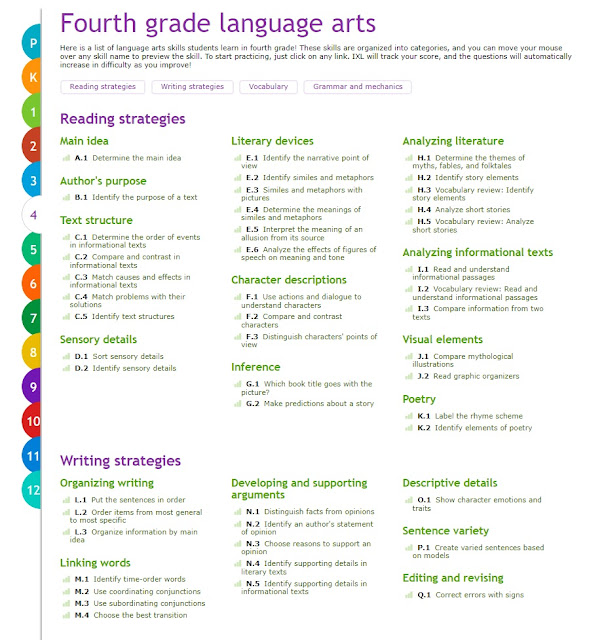 Once a grade and subject is selected, the student is given a list of various skills they can work on, 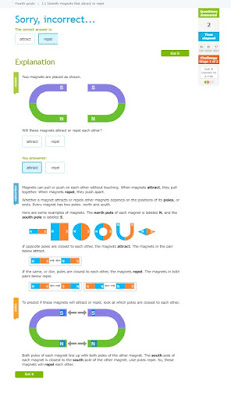 Selecting a skill will take them to the practice for the skill.  Practice consists of a series of questions about the subject and the student is given a goal to achieve while answering the questions.

Once the student accomplishes the goals set for the activity, they are then given more positive reinforcement in the form of awards.  These awards can either be in the form of a printable certificate or a virtual prize on the web page.

Students also are awarded a medal for completing the skill.  These medals serve as a way to see what skills the student has not only worked on with the IXL program but an indicator as to how they have done with that skill.  Students can repeat the activity for even after being awarded a medal for the skill. 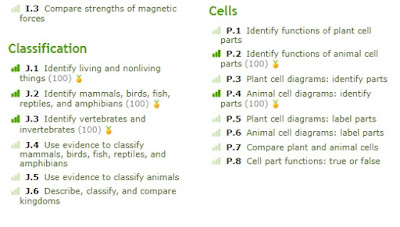 The parents section of the website allows for the parent to see the activity of what the child has worked on.  This section tells you statistics such as how much time the child has spent working on the program, how many questions they have answered, what the questions they answered were, the progress they have made in the program, and even diagnostics and trouble spots that need to be focused on.

We were given two student accounts for the IXL website, one for Garrett and one for Ashleigh, in addition to the parent account. Both kids were able to log into their account using their own password and work on whatever skills they wanted to work on.
One thing we've really enjoyed about using IXL is that the kids can log in following their normal school lessons, locate one of the activities that covers the material they have learned and then review that information.   They also enjoyed the freedom of being able to work on whatever skills they wanted.  For example, one time I caught Ashleigh working on identification of parts of animal cells - something we have not worked on in quite a while.  On another occasion, I found Garrett working on a section that was about identifying National Landmarks in the US. 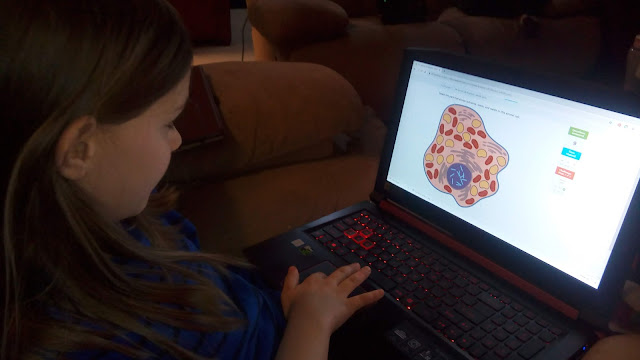 Ashleigh has really enjoyed having the IXL app on her tablet so that she can play on it whenever she wants.  She really has enjoyed the program, even more than I thought she would and begged to do it each day until I put it on her tablet for her.  Prior to that, I would wake up to find she had drawn her "request" on my white board and there were many times she asked if rather than doing school, if they could just work on IXL instead. 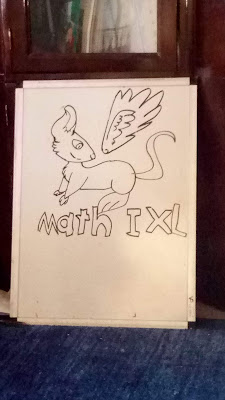 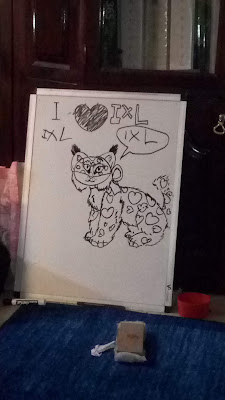 
The parent section was rather interesting to me, as it allowed me to really see what Garrett likes to work on vs what Ashleigh enjoys working on.  Ashleigh often works on science skills more than anything where Garrett tends to work on either math or social studies.  I also was very surprised to see that they worked on skills that we hadn't covered as of yet and that they have done well with those sections.


My kids love earning certificates and awards so the certificate system that IXL uses is right up their alley.  Each time they complete a skill or meet a goal such as answering so many questions in a row, they are awarded either a certificate or an award. 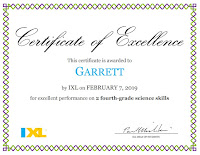 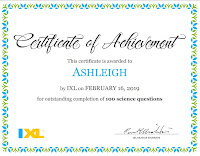 While this is not an actual curriculum as far as a teaching program (it is strictly review material), this is definitely program that we will be using quite a bit throughout the year as just another tool to gauge how well they are retaining the information they are learning through our school year. 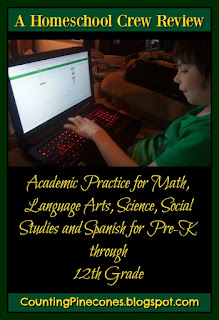 For more information about IXL Learning, be sure to visit their website.  You can also find them on the following social media sites:

Be sure to click the banner below to read reviews from the other Crew members.