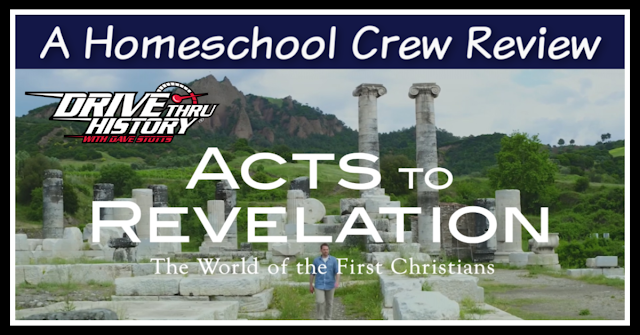 Picture if you will, the wind blowing thru your hair as you drive through some of the most historic locations still standing from Biblical times and standing in the same exact locations that the apostles Paul, Silas, Barnabus and Timothy once stood as they proclaimed the glory of Jesus, even as they took their last breath.

While I don't have the money to actually travel to such places, Drive Thru History® makes such a journey completely affordable by instead bringing the locations to the convenience of my own living room with their 3 DVD set Drive Thru History® "Acts to Revelation"  - The World of the First Christians , their latest release to the Drive Thru History series. 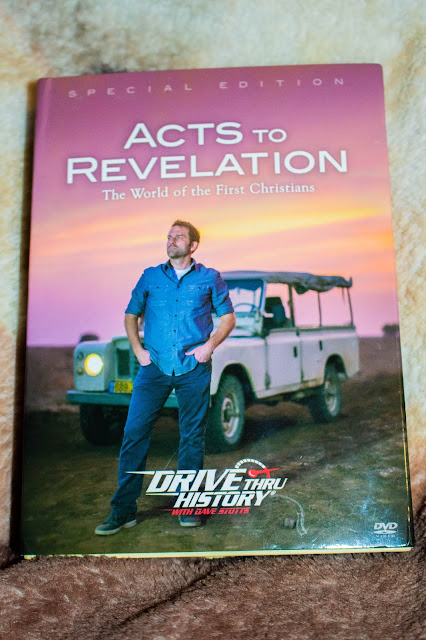 This wonderful history series features the host, Dave Stotts, as he drives around in different automobiles, presenting history in a unique way that is both educational as well as entertaining.  Previous titles in this series included "Ancient:Christianity and the Birth of Western Civilization", "America: Columbus to the Constitution", and "The Gospels" which follows the story of Jesus from birth to his ascension to Heaven.

This latest installment, "Acts to Revelation: The World of the First Christians" picks up where "The Gospels" ended. In the course of 18 episodes, this installment follows in the footsteps of the apostles following the ascension of Christ as they being to follow his instructions of creating the first church.  From the growth of the first church in Jerusalem and spreading on to the Gentiles in Samaria, Judea and beyond, on to Tarsus where we are introduced to Saul and his encounter with Jesus which ultimately led to his becoming one of the most important spiritual leaders in Christianity, the Apostle Paul.  Thru Paul, viewers then travel to places such as the Island of Cyprus, Pamphylia, Philippi, Thessalonica, Corinth and Ephesus before ultimately ending in Rome where the martyrdom of both Paul and Peter take place.  The series ends with the Apostle John, exiled to Patmos, and his vision from God that was John leaves to us as The Final Revelation. 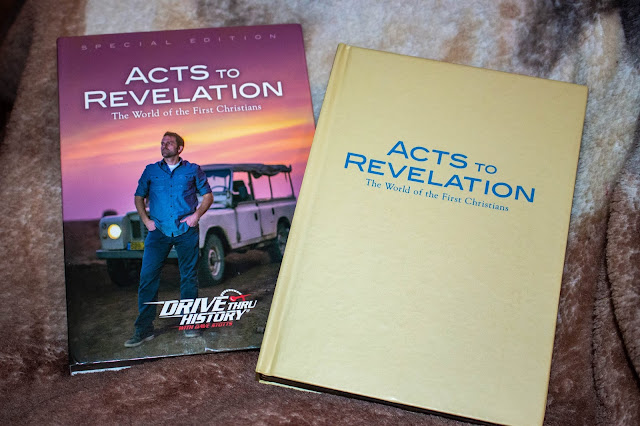 As with previous series "The Gospels",  "Acts to Revelation" is packages as a Special Edition.  Inside the full color slip cover you will find 3 DVD's packaged inside a book like presentation folder.  Each DVD contains 6 thirty minute episodes, resulting in a final run time of 9 hours of entertaining yet very educational material. 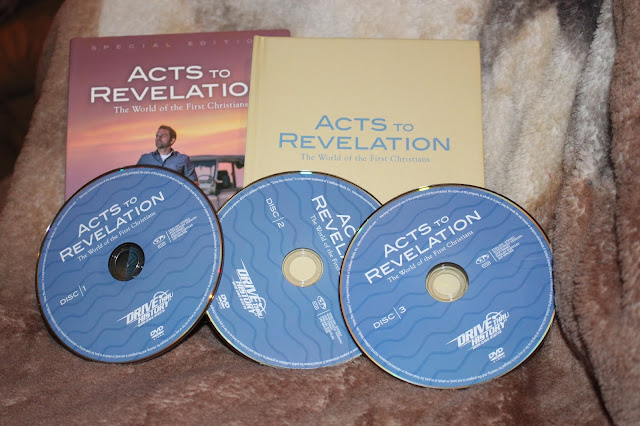 The episodes are as followed :

Disc 1
1.  The Gospel Shared at Pentacost
2.  The Church Grows in Jerusalem
3.  The Gospel Spreads to the Gentiles
4.  Saul of Tarsus & the Road to Damascus
5.  Paul's First Missionary Journey - The Island of Cyprus
6.  The Journey Continues - Pamphylia, Galatia & Asia Minor

The presentation folder not only holds the DVD's but also includes a full color study guide that corresponds with each episode of Acts to Revelation.   This study guide includes beautiful photography of many of the places Dave Stotts visits during the course of the 18 episodes but provides a summary that explains what is covered in each episode, discussion questions to help with comprehension of the material, scripture suggestions that correspond with what is being discussed and the "Side Road" section that provides additional historical reference that goes beyond the video. 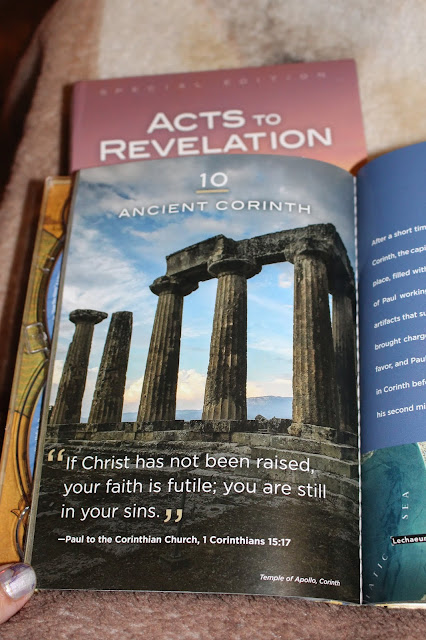 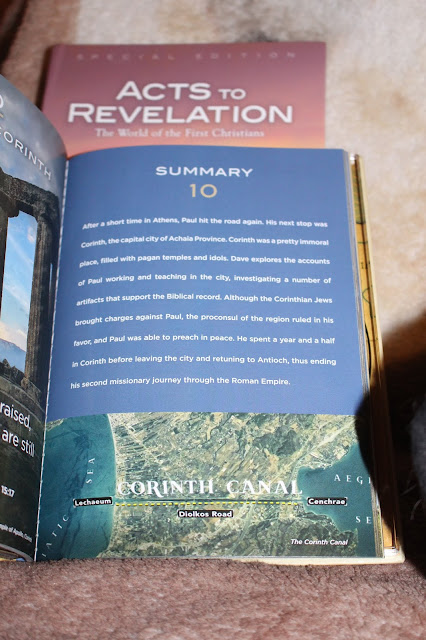 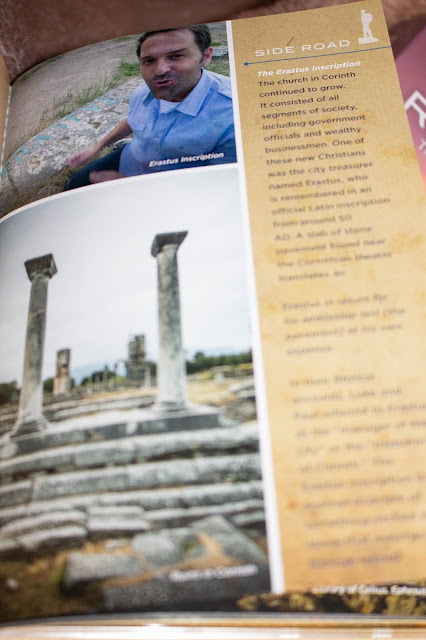 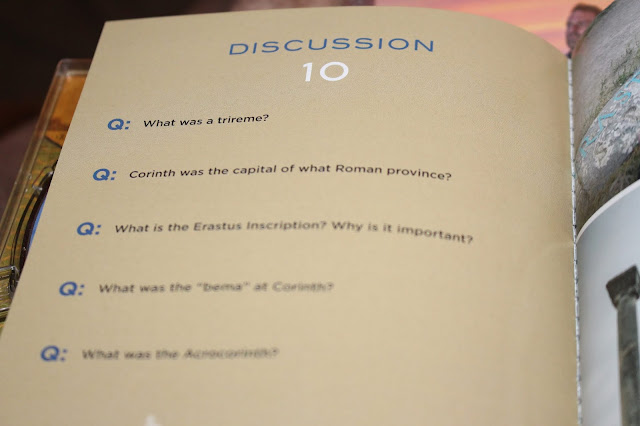 No review would be complete without a discussion of Dave Stotts himself.   Dave has a knack for presenting history in a way that draws you into the discussion.  His use of humor and visuals, not to mention the stunning scenery, helps to bring history alive in in such a way that viewers of all ages manage to pick up something from each episode. 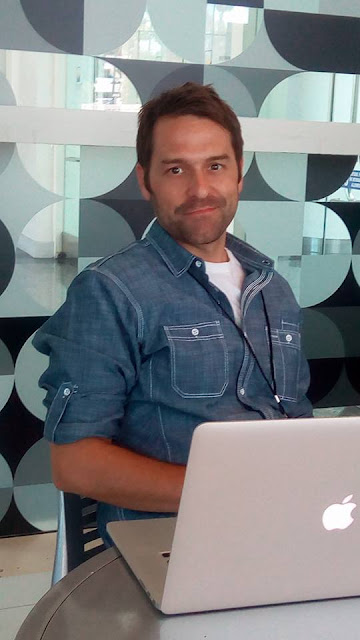 As we've mentioned before in previous reviews, we are huge fans of the Drive Thu History series and Acts to Revelations was no different.  My daughters were absolutely thrilled when the package containing our DVD set came in the mail and demanded we start watching it that night.  Alyssa is a HUGE Dave Stotts fan - like major crushing - so she was especially thrilled. 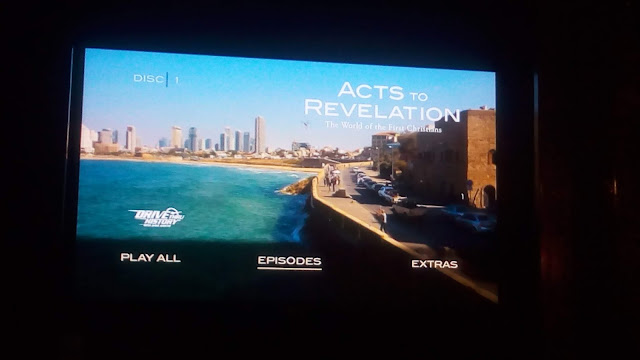 They were a bit upset that they had to wait til Dad came home from work, because he is also a huge fan of the series.  He had never know about Drive Thu History until we had reviewed "The Gospels" and he was hooked after the first Gospels episode.  There was no way that we could watch without him.

As much as we all would have loved to binge watch the entire series (9 hours is completely doable in one night, right?), we instead limited ourselves to one episode per night after Dad got home.  This allowed for us to digest the material in small bits, leaving time to have a discussion using the questions provided in the study guide without overwhelming Ashleigh with too much information.  Note - Garrett does not like to watch TV and rarely watches it with us.

I really found the study guide to be a very welcomed addition to the series.  The questions are pretty straight forward and are mostly material retention/comprehension questions - by paying attention to the video the viewer should easily be able to answer them.  Even Ashleigh was able to answer many of the questions without much help.  I think in the future, when we repeat watching the series (which I know without a doubt we will), I will print out the questions ahead of time and she can fill out the answers while watching.


And don't forget to click the banner below to read other reviews written by the members of the Review Crew.