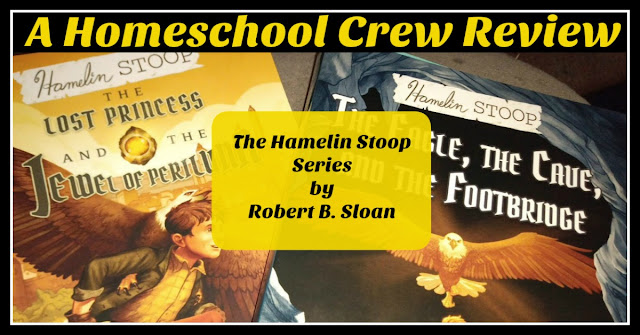 As an avid reader, I love to share my love of fantastic stories with my children. I especially appreciate it when those stories that I do share with them have a great story that not only allows them to use their imagination but also teaches values or lessons that they can relate into their own lives.

For the last few weeks, the kids and I have been introduced to The Hamelin Stoop Series, a new fantasy series written by Robert B Sloan and published by 12 Gates Publishing.  Members of the crew have had the opportunity to read the first two books of this series, Hamelin Stoop: The Eagle, The Cave, and the Footbridge (Book 1) and series Hamelin Stoop: The Lost Princess and the Jewel of Periluna (Book 2). 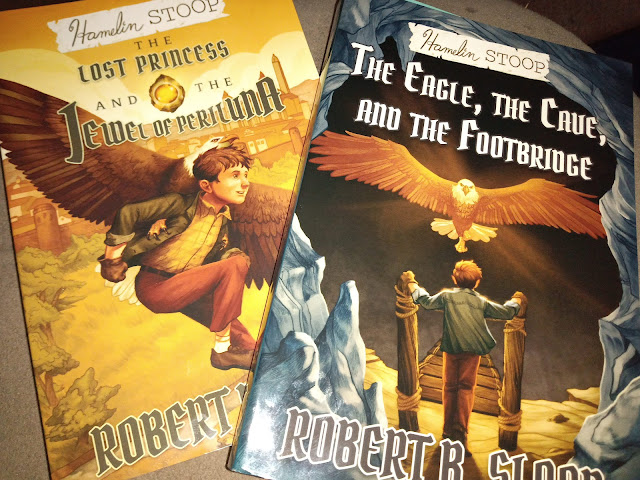 The Hamelin Stoop series follows the story of a young boy who is found abandoned at an orphanage in Texas as a newborn baby.  Found on the stoop of the back porch in a tomato box, the only hint of the baby's identity is a water damaged note with only one legible word - "Hamelin".  Assuming this to be the child's name, he is given the name of Hamelin Stoop.

However, unbeknownst to those who care of the the child, Hamelin's mother and father, Johnnie and Simon, have abandoned their child to protect him from Ren' dal, the ruthless son of an even more ruthless father, Chimera.  Johnnie and Simon are captured and held captive in another world away from the one that Hamelin knows.  As he grows, people come and go in his life, but each one impacts his life in one way or another,  shaping him for the dangerous adventure ahead of him.

When events lead to Hamelin running away from the orphanage on this 8th birthday,  Hamelin is given a test of courage.  The choices he makes has consequences that affect more than he can imagine and are far reaching.   With the help of the Great Eagle, The Ancient One, and The Hospitable Woman,  as well as friends made along the way, Hamelin must face his fears if he wants to help defeat the evil Chimera and his three sons.  In doing so, he also had the hopes of finding his parents and ultimately find out who he is.


The Hamelin Stoop series will ultimately have 6-7 books and will encompass the Story of the Bible encoded into the fictional story.

Written by author Robert B Sloan, Hamelin Stoop: The Eagle, the Cave, and the Footbridge is his debut novel.  Familar with sharing stories with children, the author and his wife, Sue, have seven children and more than 20 grandchildren. He is the President of Houston Baptist University in Houston, Texas.  His passion for Christian higher education and the spiritual formation of young people influences both his professional and personal life.

We have been reading both of these books as our daily read aloud before the start of each school day. With the first book, we committed to reading 3 chapters each morning, however, when we finished that book, we opted to read four chapters a day with the second book, as well as reading a bit extra on the weekend in order to finish it quicker.   That's how much we enjoyed these books. 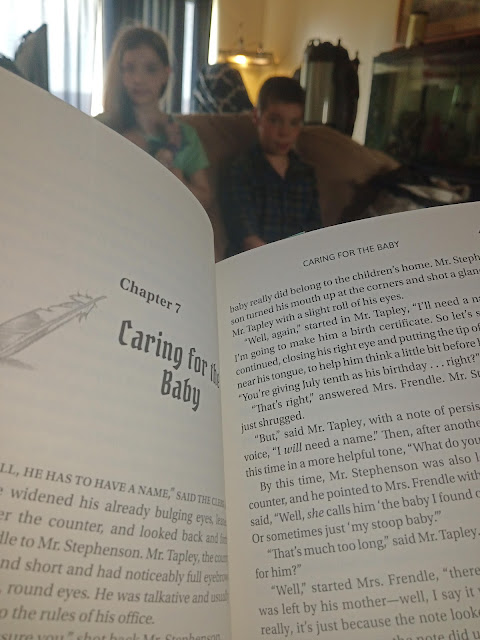 The author, Robert B. Sloan, has an amazing use of the written language as these stories unfold.  It seems that in recent years, finding books that make use of writing in such a way that one can visualize it in their mind is hard.  Sloan, however, does not seem to shy away from expecting children to appreciate details and storytelling.  While not nearly as verbose as say J.R.R Tolkien in describing settings, one could easily see how these books could prepare readers to later appreciate Tolkien's attention to details.

Each book seems to focus on a few themes.  For example, the first book introduces the reader to failures, the consequences of those failures, and learning to put our trust in those who properly guide us.  The first book also tells the story of sacrifice:  a parent's sacrifice to protect their child and a husband's sacrifice of his freedom to protect his wife.  The second book focuses on themes of forgiveness, learning to work with and trust others,  and how our own vanity and pride can trap us.

Each book is 41 chapters in length, however, Book 1 is slightly longer at 320 pages while Book 2 is 292 pages. However, both books are packed with non stop action, keeping readers on the edge of their seat.   Also, there is a good mix of strong characters, both male and female, throughout both books.  This gives readers, both male and female, a range of characters that they can relate to instead of just one character.  These books are geared for readers in middle school, however, they will easily be enjoyed by younger readers as a read aloud or even by older readers - adults included.

Our family personally has no problem with stories that involve fantasy or magic, however, I do know that some families try to avoid stories that involve these types of elements as they can have a negative impact to Christian values.  I went into this review knowing that the author has a strong Christian foundation in his life and that this series would reflect that.   Much like C.S. Lewis weaves fantasy and magic into his Narnia Chronicles, Sloan's story weaves these elements with the same thread.  While we are very early in the series (2 out of possibly 7 books), we find ourselves questioning who characters might represent  - Is the Great Eagle a personification of Christ or could he possible be a representation of one of the Archangels?  - while other characters are pretty obvious as to who they represent -  Chimera representing Satan.  However, if one were to pick up these books, without knowing anything about the author or the intention of the book, these books can easily be enjoyed by those who do not share the belief of the Christian faith.  The books do not preach or make any direct reference to religion in any way.

So, what did the kids actually think?

Ashleigh (age 11) - "I really liked them both.  My favorite character is the Great Eagle because he's brave and he is a good character. I also liked how Hamelin started out as this really shy little boy but then became strong and positive and wanting to help others.  I  would really appreciate it if these books were made into a movie because I enjoyed them that much."

Garrett also really enjoyed the books but is a kid of few words.. All he would say is he likes them and that he really liked the Eagle.

My only regret to being introduced to these books and sharing them with the kids is that with the completion of the second book, we are in a holding pattern awaiting the release of the next book of this series. 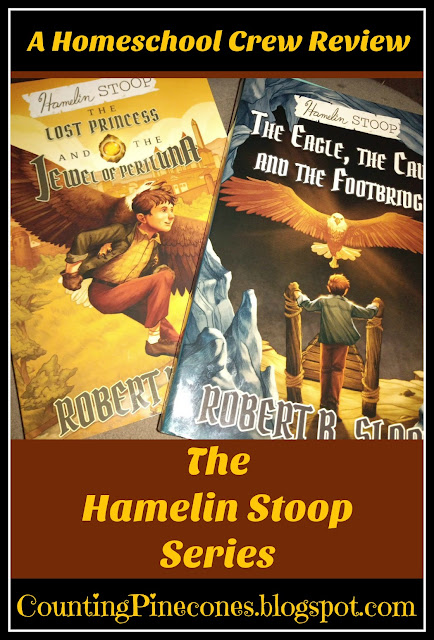 Curious what the other members of the Crew thought of the Hamelin Stoop series? Click the banner below to read their reviews today!

Posted by Brenda Prince at 9:43 PM