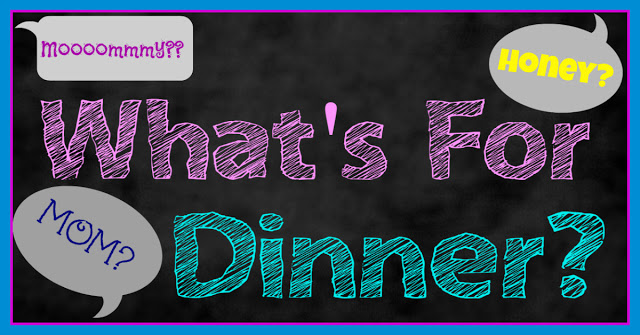 It's Superbowl Sunday.  Honestly, I don't care for the game at all (I'm more of a hockey person myself) but I do watch for the commericals.. Don't get me wrong, I do understand the game but I just find football in general to be pretty boring - I feel the same way about baseball as well.  Only time I really watch either of those two sports is if a Texas team (either the Texans or Cowboys in football or the Stros in baseball) are in the championship.  I also don't care about the halftime show either.  They haven't had a good halftime show in a longtime.. lol

But, here I am blogging while my husband is watching the Chiefs vs the 49ers. Occasionally, I look up to watch the commercials but they aren't as entertaining as they once were either.  *shrugs*

For this weeks menu you'll notice that there is Chicken Spaghetti twice in the week.. This is because we made one big pot today for a pot luck at the chapel and I have leftovers so rather than letting it go to waste, we are eating that..  Then on Tuesday, I'm bringing another pot of chicken spaghetti to our women's group for dinner, with a small batch for the family before I go..  LOL