Finding Me by Kathryn Cushman – A Book Review 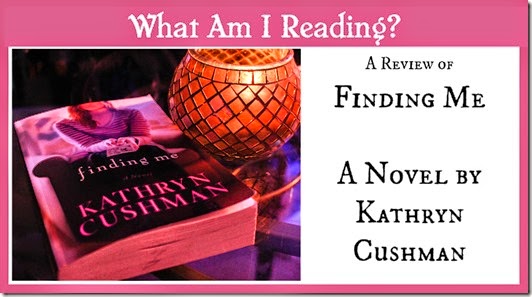 What would you do if you learned your life was a lie?

All her life, Kelli Huddleston has been told the story of a fire–a fire that killed her mother and two siblings when she was an infant. After her father’s death though, she uncovers evidence of a different story, including clippings about a boat accident that killed a young father and his infant daughter. And Kelli quietly realizes the story of her life has been a fiction.

How far would you go to discover the truth?

Armed with only a few pictures of what she thinks might be her family, Kelli crosses the country to Tennessee, determined to uncover the truth about what happened over twenty years ago in a small southern town. When the trip threatens to open doors to the past better left shut, and her plans for the future are jeopardized, Kelli is faced with an agonizing choice that will change her life forever. 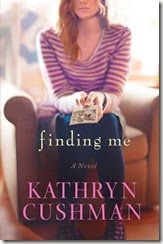 We open the story with a very brief look into the mind of David Waters/Don Huddleston prior to the “accident” that this entire book revolves around.  This glimpse into David’s thoughts is the only time we see anything from his point of view but his thoughts and actions of that moment has a lasting impact on lives of so many people 25 years later when he dies in a car accident.

While cleaning out his belongings, Kelli finds an envelope that contains her father’s biggest secret – that he had faked his and Kelli’s death and walked away from a wife and two other children. Kelli is determined to meet this family she never knew existed and find what about her mother would excuse what her father did all those years ago.

Right out of the gate, this book captured my attention.  Kelli is a likable character and is well developed.  The author does a great job of bringing the reader through the many emotions that Kelli is feeling; fear, elation, love, respect.  The other character who is well developed is that of Kenmore, David Water’s business partner and friend.  I really enjoyed getting to know Kenmore and I found he acted almost like a guide for Kelli.

There are a number of other characters throughout the book but I felt the most attachment to these two particular characters. Unfortunately, there are a few very critical characters to this story that I just could not get a feel for, one being Allison, Kelli’s biological mother.  Luckily, there’s enough “meat” to this story to allow this to slide.  A couple of other minor characters such as Miss Birdyshaw just didn’t seem to be needed in this story and served as a distraction more than anything else. Other minor characters, such as Opal, would have been great except again, they were never developed for us to really understand them and a few we see one time and never hear anything about them again.

The romance between Kelli and Shane is also an aspect that seems to distract from the story. Either the romance should have been developed more or left out entirely; as it stood it seemed to be only a filler, as if the author needed to throw it in there to make a certain set of readers happy. I always say, if you can take it out of the book and the story doesn’t change, then it’s not needed. That was indeed the case with this particular situation, especially the two moments where Amy, the girl from Shane’s past, enters the story. Those pages would have been better dedicated to maybe developing Allison a bit more.

Overall, the book is a wonderful read that hits on themes of family, atonement and redemption, as well as not repeating the mistakes of the past.  I’d easily give this book a 3.5 out of 5.

I received a copy of this book from Bethany House Publishing in exchange for an honest review. The thoughts expressed here are my own.

Posted by Brenda Prince at 1:57 AM