What Have I Been Reading? 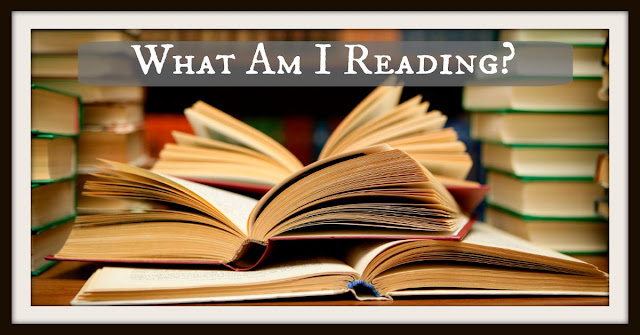 It's been a while since I've done a book review but I have been busy busy busy reading. So this time, instead of one individual book, I am going to combine a number of books that have been on my reading list these last few weeks. 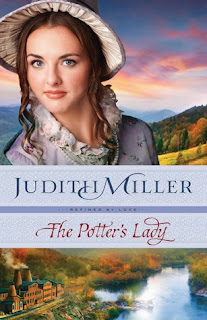 This is book 2 of the Refined by Love series. I did not read the first book of this series prior to reading this book and it works fine as a stand alone story.  This is the story of Rose McKay, a recent graduate of the Philadelphia School of Design for women during the late 1800's.  Leaving the big city to once again live in West Virginia, Rose convinces her brother Ewan to purchase a pottery company where she meets Rylan Campbell, an assistant in the factory. Rivalry both in relationships as well as business flares when Rose reconnects with Joshua Harkness, whom also owns a pottery business, creating problems for both the McKay family as well as for Rylan. As the business falters, an opportunity presents itself that pits the two rival businesses against each other.

I liked that the author took much time in developing these characters and while the story moves a bit slow (as well as the relationship between Rose and Rylan), it is still a satisfactory read.  You really get to know these characters and you will truly despise Joshua and all his manipulating.

I would recommend this book as it is a quick read with a wonderful story about faith, trust and family.


The Good, The Bad and the Grace of God: What Honesty and Pain Taught Us about Faith, Family, and Forgiveness  by Jep Robertson, Jessica Robertson, Susy Flory 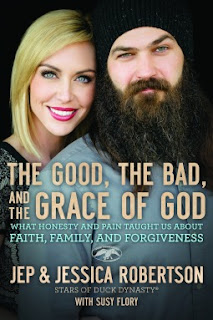 I love Duck Dynasty. I love seeing a family who prays together, eats together, lives by the word of the Bible and holds true to their faith.  With that said, I was not a fan of this particular book.

This book is told by the perspectives of both Jeb and his wife Jessica.  Both had made many mistakes, from a failed marriage to heavy drug use.  Both lost their faith and instead walked down the road of temptations, of rough times in both of their lives and how together they have become stronger both as individuals, as a couple and as children of God.

However, the writing, unfortunately, is lackluster and very repetitive.  Many times I felt as if maybe there was an essay question give to both Jep and Jessica to fill out causing each of their chapters to sound forced.

I would recommend this book to those who enjoy Duck Dynasty and for those who might be walking on a similar path of destruction and need encouragement to find their way back to Christ.  However, as touching of a story Jep and Jessica have, the poor writing leaves this book as less than inspirational.

Daughters of Zeus Series (#1 Persephone, #2 Daughter of Earth and Sky, and #3 The Iron Queen) by Kaitlin Bevis

A modern day telling of the story of Persephone and Hades, this series tells the story of a young teenage girl who finds her self thrust into real life Mythology when she finds out she is a Greek Goddess and a daughtger of Zeus.

Book 1 finds Persephone as the target of Boreas, the god of Winter.  In an effort to protect her, Hades becomes the hero of the series when he rescues Persephone and brings her to the Underworld and making her Queen of its realm.   Book 2 finds Persephone in a situation where she cannot break a promise made to another, even when it not telling can be detrimental to her own survival.  Book 3 finds Persephone captured by Zeus himself, a cruel God with no fatherly love for his offspring. While Persephone tries her best to escape, those who love her try to figure out how to rescue her from Zeus's clutches.

While these books are not going to win any awards anytime soon, they do make for a quick, fun read.  Many of the conflicts come to almost instantaneous conclusions with very little effort from the heroine or from her hero.   It is written for young adults but there is violence, death and some sexual tension (no sex but lots of making out and heavy petting) so I could not recommend it for anyone under 16.

Posted by Brenda Prince at 6:02 PM